Rage 2 Microtransactions - What DLC is there? 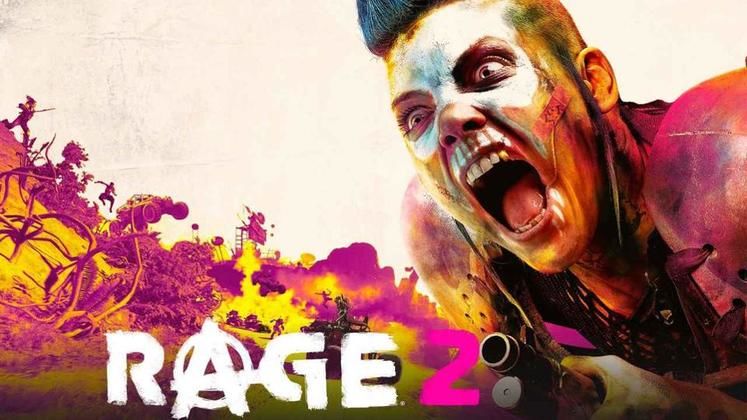 Rage 2's developers Avalanche and id Software and the publisher Bethesda may have big plans for the game's post-launch support, but that doesn't mean there aren't actual microtransactions available already.

Rage 2 microtransactions are, unlike major content packs which are coming down the line, limited to various cosmetic purchases - with the promise of there being lots more available in the future than there are now. Find out everything we know so far down below. 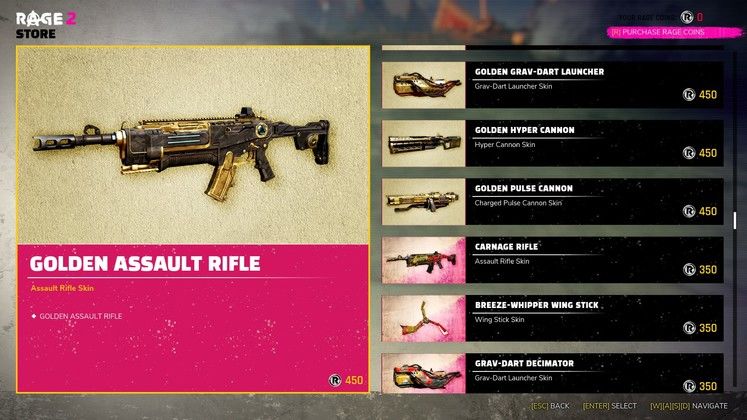 As you can see in the screenshot above, there's a variety of gun skins to pick and choose from. At the moment, most prominent are Golden and Carnage skins, though the game's post-launch docket clearly mentions future weapon skin releases as part of Rage 2's future support plans. Each of the skins will set you back up to 450 Rage Coins, and since the game's Store feature isn't up yet, we've no idea how much real-world currency that would cost.

One thing we do know, however, is that you cannot get Rage Coins without buying them, but all of the skins currently shown can also be purchased by using in-game cash, which alleviates most of the concerns that some might have. We'll update this article as soon as the Store goes live, so stay tuned.

Aside from major DLC and minor microtransactions, Rage 2 also hosts a number of Cheats for players to peruse. In fact, we've got a whole guide dedicated to explaining what they are and how they work. Here's the jig, have fun.