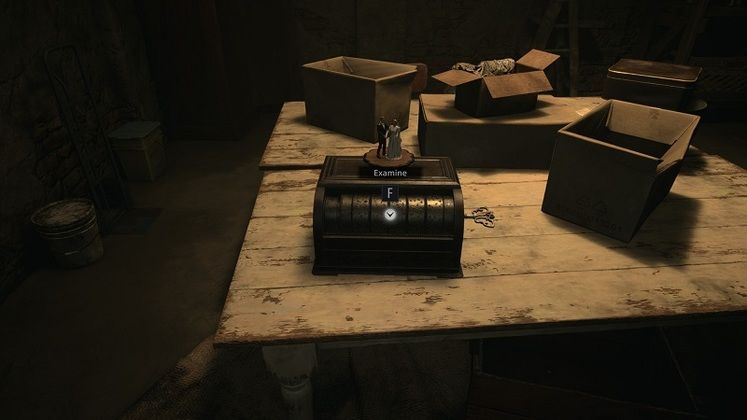 The string of puzzles you have to complete during your stay in Resident Evil Village's House Beneviento continues after finding the Doll Workshop door code. They'll have you moving back and forth through the underground section of the house, your next stop being the Storage Room where a Music Box Puzzle awaits.

You might recognize the Music Box on the table in the Storage Room from early on in Resident Evil Village, as it belonged to Ethan and Mia. As the note on the table mentions, it no longer works. Figuring out the solution could be a bit tricky, as there don't seem to be any hints around as to what you must do. 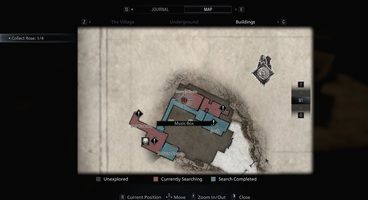 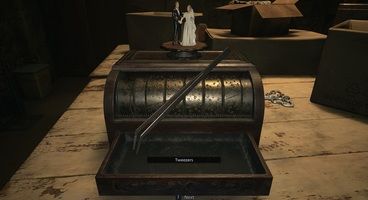 The solution to the Music Box Puzzle in House Beneviento's Storage Room is to arrange the cylinders in such a way that the cuts on them match. It's not super intuitive, but we'll walk you through it.

Have the (new) cylinder in the fourth position take the place of the one in the third position. Lastly, exchange the fifth position with the fourth. Press play and you’ll get a set of Tweezers which you can use to remove the film from the doll’s mouth back in the workshop.

That's how you solve the Music Box Puzzle in House Beneviento's Storage Room. For more on Resident Evil Village, check out our guides on crafting and the Donna Beneviento encounter from later on.