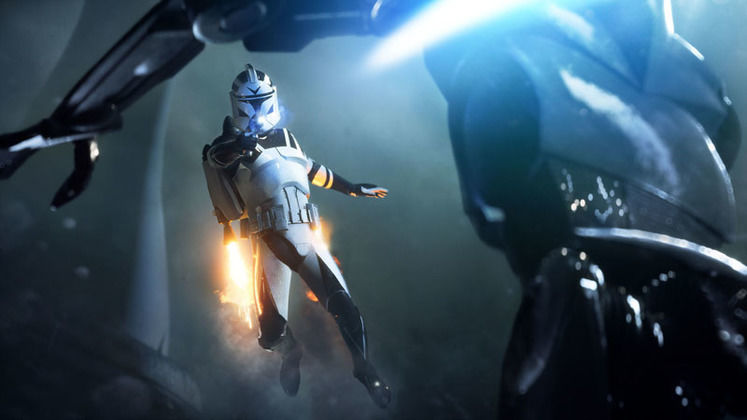 Star Wars Battlefront 2 has been chugging along silently over the past few months, and now Update 1.34 is coming out! DICE has been hard at work alleviating issues, rebalancing content, and working on new stuff behind the curtains.

Patch Notes for Update 1.34 have also been made available, and you'll find the full list of changes that are coming with this new content update just below.

Naboo – Theed is now available to play on Capital Supremacy.

Added the Droideka as a playable character in the Enforcer class in the prequel era.

Star Wars Battlefront 2 update 1.34 added the TX-130 as a playable vehicle in the Armor class in the prequel era.

A new appearance for Anakin Skywalker, General Skywalker, is now available to unlock for Credits and Crystals.

Improved messaging when offers include both emotes and the corresponding voice line.

Various visual improvements to the Lightsaber blades for all heroes, adding pointed tips and improving their brightness.

Community Request: Adjusted the values of Health on Defeat Star Cards to be consistent across all heroes. Heal values upon defeating enemy heroes have been changed:

Star Wars Battlefront 2 (SWBF2) update 1.34 fixed a visual issue where a character’s UI bar Health would widen when boarding a transport in the Ground Phase.

Fixed an issue where the AI would not fire at a player inside a vehicle.

Fixed an issue where the color would occasionally be different between the hologram and the base of the Command Post when a player joins a match late.

Star Wars Battlefront 2 1.34 fixed an issue where background Starfighters could occasionally be seen when inside the capital ships.

Fixed a visual issue where the name of an enemy that sabotages an objective appeared blue (friendly) in the event log.

Star Wars Battlefront 2 (SWBF2) update 1.34 added defeat volumes to prevent players from remaining stuck in the slide doors that open only for characters of the opposing team.

Fixed an issue where the spotlights on the Cooling Room Core ceiling were misplaced.

For an even more extensive look at all the changes that are coming with Update 1.34, be sure to visit the release notes page, but do keep in mind that they're quite a read. Update 1.34 is now available for download, so at least that would give you something to do while the game updates!