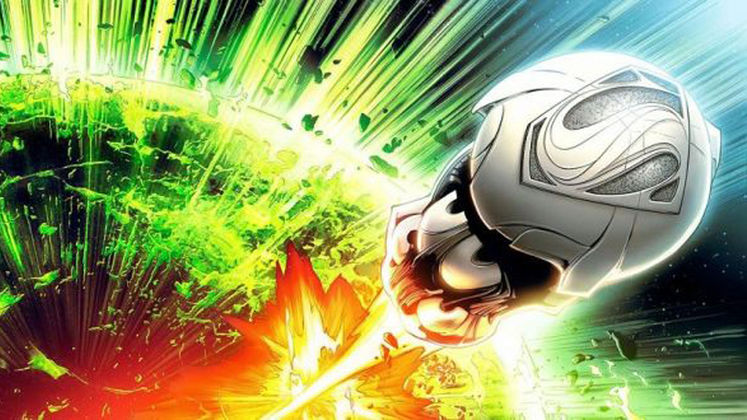 As you start a new Empire, you have the option in Federations to choose from one of 18 new origin stories. These scenarios will give you different bonuses or challenges, but there's one particular one that caught our eye - the Doomsday scenario, where you start on a doomed planet and have to escape. 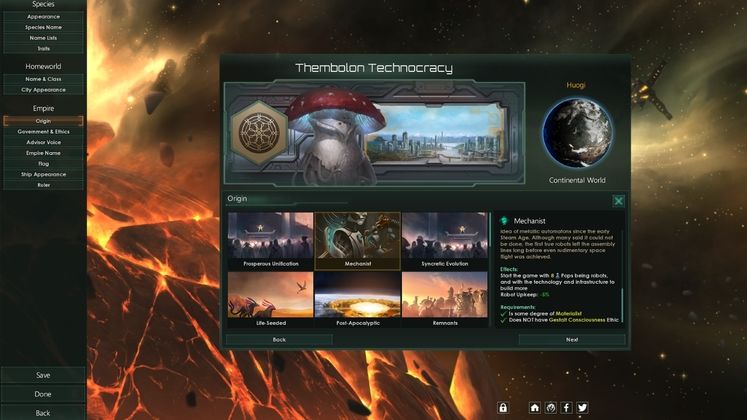 While the basics of origin stories have been around in Stellaris for a while now in the form of civics, Federations expands the concept and gives your new Empire a proper background - complete with various traits that affect your civilization, from the people to what minerals are available to you. Here's the official line:

"Each empire has a story that shapes its path. Give your civilization deeper roots with the new system of Origins. By choosing an Origin, players can flesh out their empire’s background and alter its starting conditions. Whether it’s Void Dwellers who have abandoned their homeworld to live in perpetual orbit, or a society that worships and protects a powerful Tree of Life, you can lay the groundwork wisely for the seeds of your empire"

There are various cool origins on offer, such as Scion - where you start as a subjugated world of one of the Fallen Empires - and Post-Apocalyptic - which is essentially Fallout, except you have to pull your species together again and reach for the stars.

The one that most caught our eye, however, was Doomsday. With this origin, the player has 64 in-game years until the doomed homeworld they start on blows up. Yes, you can name it "Krypton" if you wish, although the developers wouldn't tell us if there was the possibility a desperate scientist could send his only son out into the stars to get superpowers.

Valuable resources from the doomed planet's mantle help boost production significantly, so it should be possible to escape - however, there's also the catch that there is no guarantee there will be habitable worlds nearby. Yes, that's written into the Doomsday origin story.

Stellaris Federations is currently planned for release sometime this year. The latest DLC Lithoids released on October 24, and is priced $7.99 / £5.79 / €7.99.