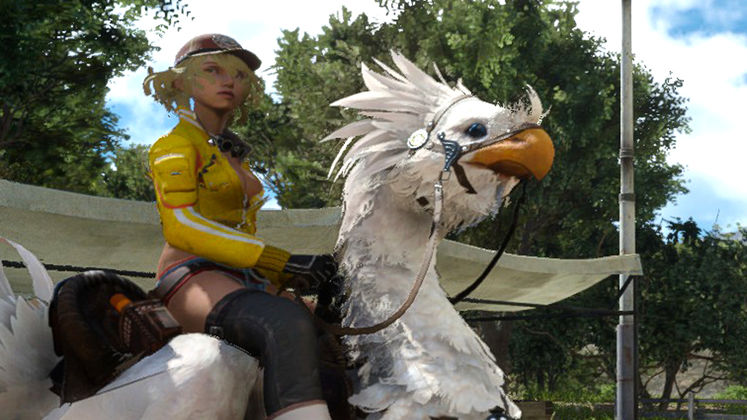 With Final Fantasy XV: Windows Edition, Square Enix promised Mod Support as soon as it was announced. Now at last the first mods are starting to coming in, and a lot of them are truly great. Some aren't even pornographic!

We've rounded up the best Final Fantasy 15 PC Mods around, and promise at least one character replacement for every party member. Trust us, it gives the game a whole new lease of life to be running around with Donald Duck in a mech suit wielding the Master Sword. 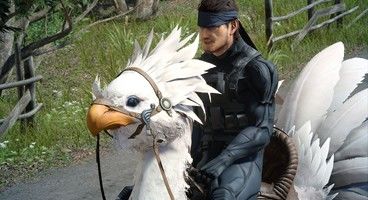 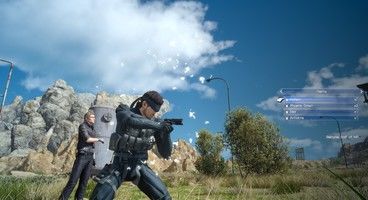 Yes, you can play as Solid Snake from Konami's Metal Gear Solid series! It doesn't make a lick of sense, but it's fun nonetheless. Plus, unlike most of the mods on this list, the link below will actually take you to a Mod Pack with two versions of Snake and a number of weapons from the MGS series, including the SOCOM pistol and Stun Knife! 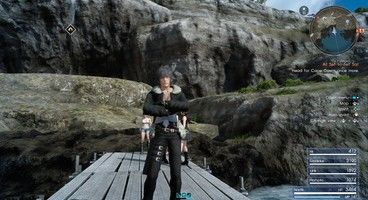 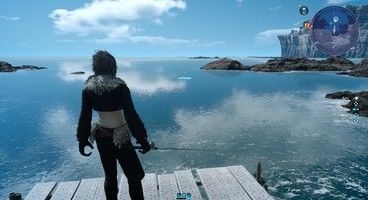 The problem with a lot of the mods on this list is that while they transform the main FF15 party into other characters, they don't retain their animation - so you miss out on lip movement, which also sounds weird coming out of female characters. The best way to counteract this is through mod outfits rather than full character models. This one, for example, keeps Noctis the same - but gives him the outfit worn by Squall, the main character of Final Fantasy VIII. Much better. 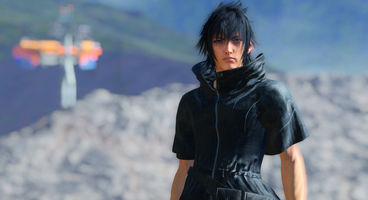 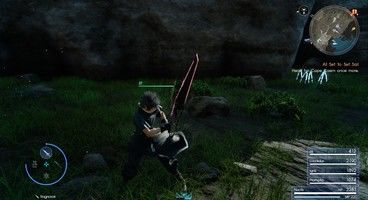 The interesting fact about Final Fantasy XV is that it started life as a direct sequel/spin-off to the previous game, as Final Fantasy Versus XIII. It was eventually rejigged into the current FF15, which was probably a wise idea. Fans did however miss the more flowing raincoat for Noctis seen in the trailers, but now you can wear it through the whole game!

Final Fantasy XV Mod - Nier 2B as All Enemy Soldiers 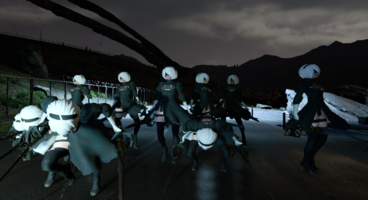 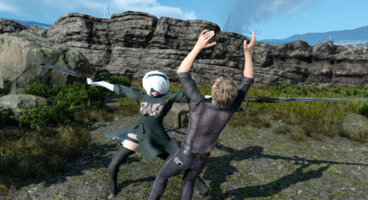 This is possibly the most unique mod on here. Sure, there are mods that allow you to play as the characters from Nier: Automata including 2B, but this mod cleverly turns every enemy Imperial Soldier into 2B. It's really quite Agent Smith from The Matrix Reloaded in here - except far sexier. 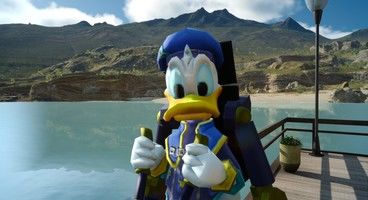 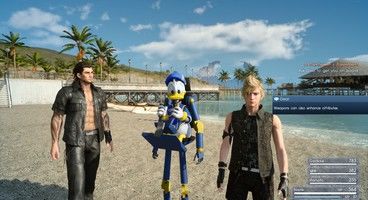 Sometimes mods are obvious, like turning Noctis into Cloud from Final Fantasy VII - which are so numerous we didn't bother to put it here. Other times, they're a work of bizarre genius - such as this one. Modder AaronTheSnob wanted classic Disney characters in the game but mods have to have the same skeleton, and size, as the normal characters. So in order to put Donald Duck in the game, he... put him in a small personal Mech Suit, that of course just happens to have the exact same body type as Ignis. Seriously, this is why we love mods. 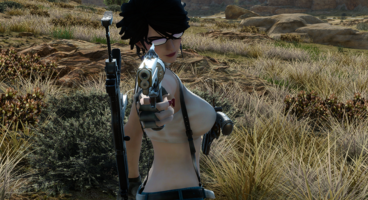 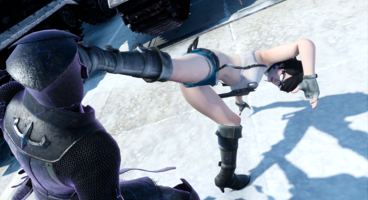 It wasn't enough to turn Prompto into Bayonetta, the sexy bullet witch of some of Platinum's best games (which is sadly now Nintendo-only). No, modder ryki-nico and Mister Orzo had to go and put Bayonetta in a more revealing version of Tifa's outfit from Final Fantasy VII. Wow. 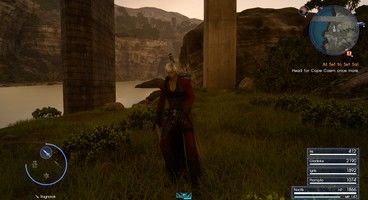 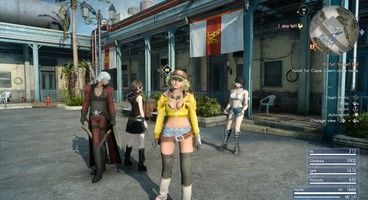 The problem with Gladiolus is that he's rather tall and buff, and that makes him a difficult character to make replacement mods for. Consequently there aren't that many good ones. This is probably the best, turning him into Dante from Devil May Cry - bizarrely enough, using his model from a guest character appearance in Shin Megami Tensei III: Nocturne! Still, it's this or Halloween Shape Michael Myers. 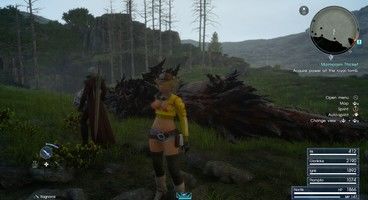 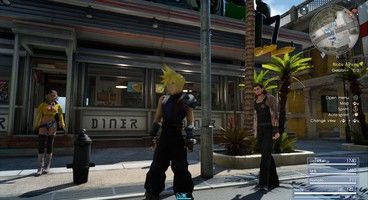 One of the least satisfying parts of Final Fantasy XV, compared to previous games in the series, is the relatively identical four party members - four white guys in black outfits. Where are the wild and colourful assortment of mad characters from previous games? We can start to correct that by turning Noctis into Cindy, the under-used mechanic who really should've been a party member. You can have her instead of Prompto, or as Noctis himself below. The Prompto replacement works a little better... 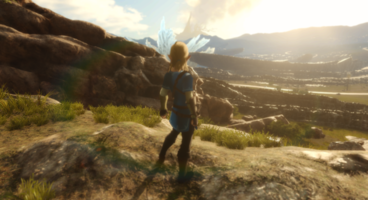 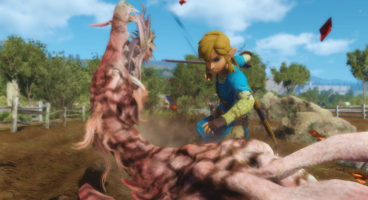 One of the saddest parts about PC gaming is that, beyond emulation, we'll probably never get to see such classic Nintendo games as Legend of Zelda: Breath of the Wild on our platform. These mods attempt to correct that, by bringing the Champion Tunic version of Link to the different open-world fantasy RPG of Final Fantasy XV - and you can grab the Master Sword to boot. Awesome.