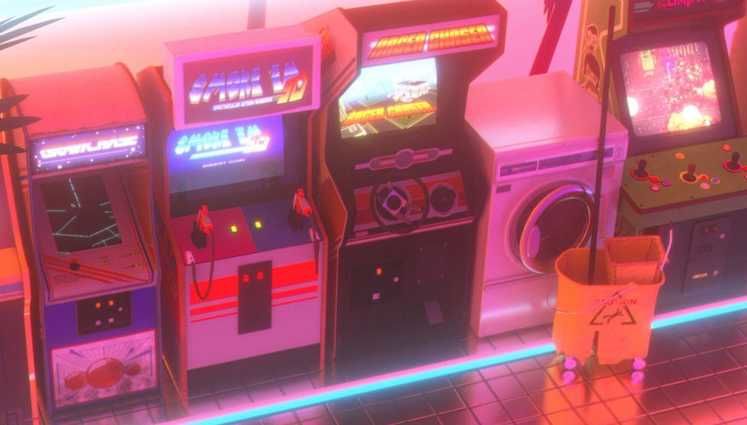 Indie games offer unique experiences often borne from the passionate mind(s) of individuals or small teams with, sometimes, equally small budgets. But, their passion drives them forward and from these creative studios have come some truly incredible one-of-a-kind gaming experiences.

It’s hard then really to eliminate titles from our list to pick just six of the best, but we’ve stepped up to the plate to create this guide to the best indie games on PC in 2022. They’re six of the best, sure, but we do know there’s many more. We recommend these games based on many factors. One such being the mixture of gameplay styles from vibrant platformers to mellow action-adventures to puzzlers that rely on you relying on someone else.

It’s a tricky path to navigate given the sheer amount of choice out there and the indie gaming development scene isn’t slowing down anytime soon. For 2022, at least for now, these games are markedly successful and ones we’d suggest you check out. Let’s get into it. 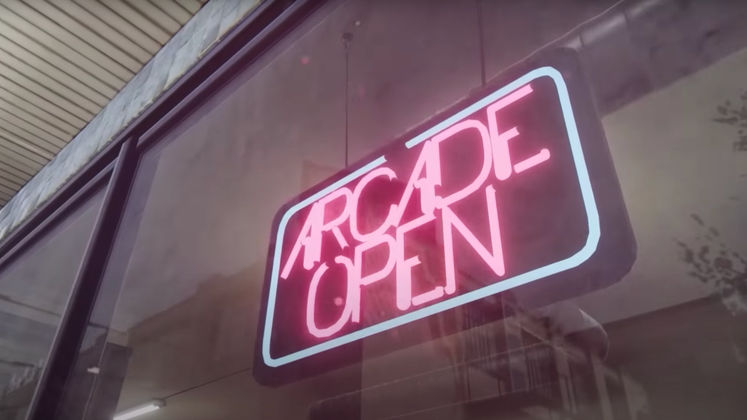 Ever wondered what it’d be like to run your very own arcade? Wonder no more. Arcade Paradise is all about turning your family’s rundown laundromat into an… arcade paradise. Swapping out those washing machines for vibrant, neon gaming ones is this story of literal rags to riches - if you do it right, that is. It’s not all about running the place though, you can play on the machines too. And in true arcade style, you can insert a second coin to join friends in local co-op and competitive games for up to four players. Arcade Paradise is a lot of fun combining 90s retro arcade madness with a light sim-management style for hours of joyous gaming.

Cult of the Lamb 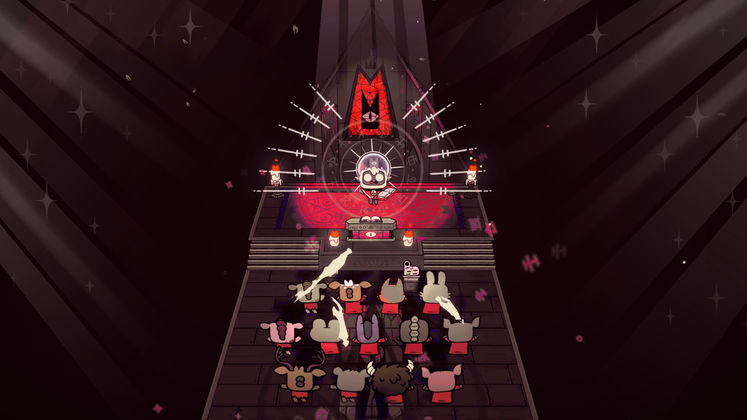 From Melbourne indie game developer, Massive Monster, comes a game all about playing as a lamb who, after having his life saved by a mysterious deity, is tasked with running the best cult around. Following its release in August 2022, it’s topped some pretty impressive gaming charts and won over the hearts of gamers worldwide. You’ve got to grow your flock, train them, collect resources, and take on rival cults whilst continuously spreading the good word of the ominous Gods. There are four mysterious regions in this randomly generated world meaning there’s a lot on offer for your cute but just slightly possessed lamb to explore. 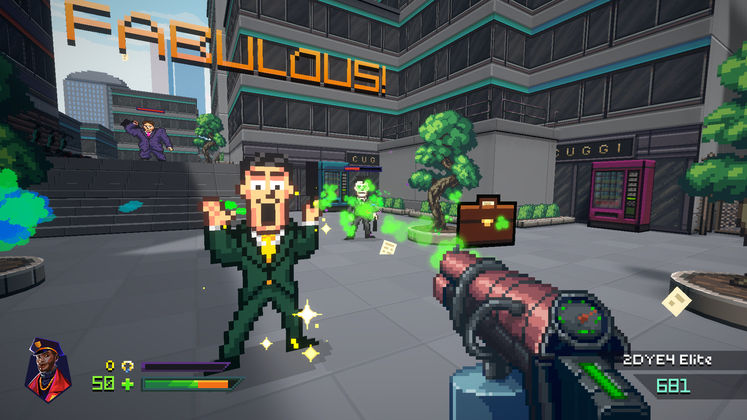 In this game, FPS stands for two things; it’s a first person shooter but it’s also the Fashion Police Squad. You fight against fashion crime in a pleasing arcade retro aesthetic, taking down all sorts of fashion faux pas’ from saggy pants to socks and sandals. There’s a bunch of attire-based weaponry to choose from as you make your way through the aptly-named Trendopolis enforcing the law and making sure everyone is, in fact, on trend. And your weapons each have a feature that will be relevant to fixing whatever fashion crime is being committed, so choose carefully as you stamp out some truly shocking clothing choices. 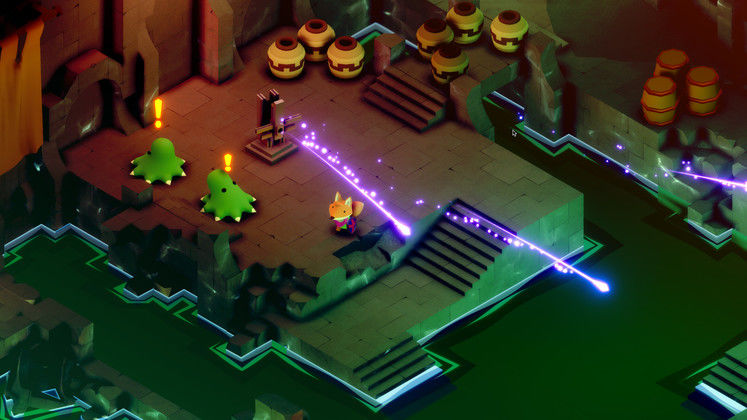 The beauty of the indie game is the eclectic choice of aesthetics, gameplay styles, and worlds that are dared to be explored by those studios with unique tastes. Tunic is one such shining example of a game that does just that. ‘A small fox on a big adventure’ is your motto and you’re a Robin Hood circa Disney 1973-esque loveable orange rogue out to explore the land before you. This isometric action-adventure game leads you to uncover long lost secrets, explore mystical legends, and take on mythical beasts all with a soft, captivating design. 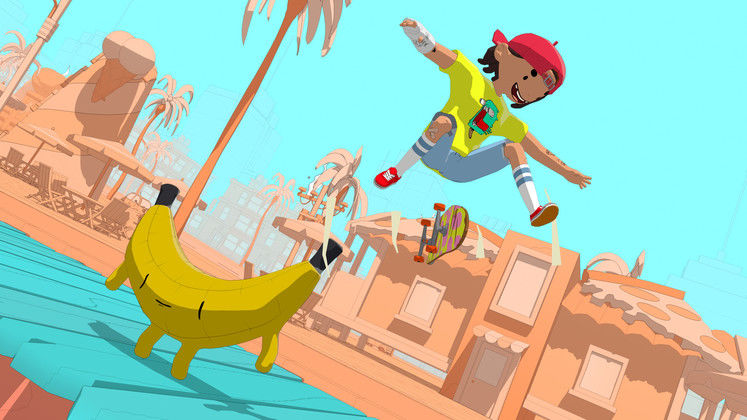 It’s time to grind your way through Radlandia. Yes, that is a real thing you can do. This vibrant, skateboarding platformer wants you to ollie in, get some gnarly air, ride the rail… and other such skateboarding slang that we really don’t know anything about. The game though is a bright, fun, and fast-paced experience that will have you traversing all sorts of terrain, meeting new friends, and taking part in some big competitions. There’s over 100 moves to master, so you’ll want to put some time into this one. We should also mention that on PC you’ll need to plug-in a controller as keyboard and mouse are not supported. 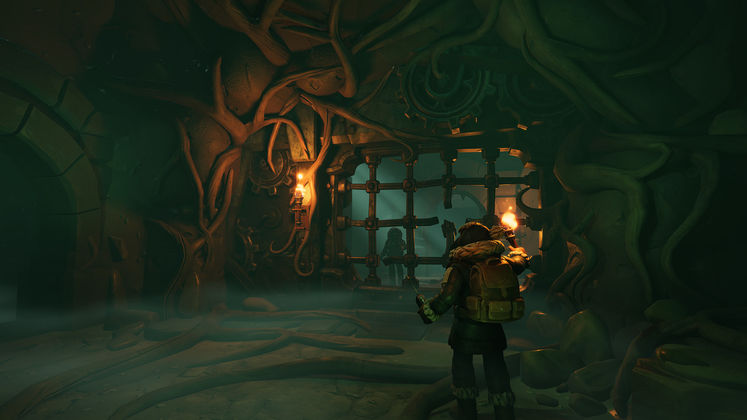 The We Were Here franchise from Dutch studio, Total Mayhem Games, started back in 2017. We Were Here Forever marks its fourth foray into co-op only puzzlers that will put your mind and your partnership to the ultimate test. You play as two prisoners escaping Castle Rock, a stalwart of the series, on a mission to uncover an ancient mystery. You’ll explore the dark, foreboding castle walls and secret rooms whilst completing complicated puzzles in order to progress and hopefully, ultimately, leave this wicked place together.

Check back soon as we'll be adding more Indies Games from 2022, once we've had a chance to try them!

Related Games:
We Were Here Forever

We Were Here Forever Essentials 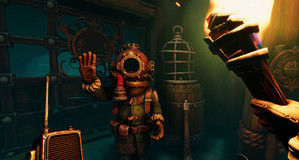