Cult of the Lamb

Ever had to stop someone eating a bowl of poop? 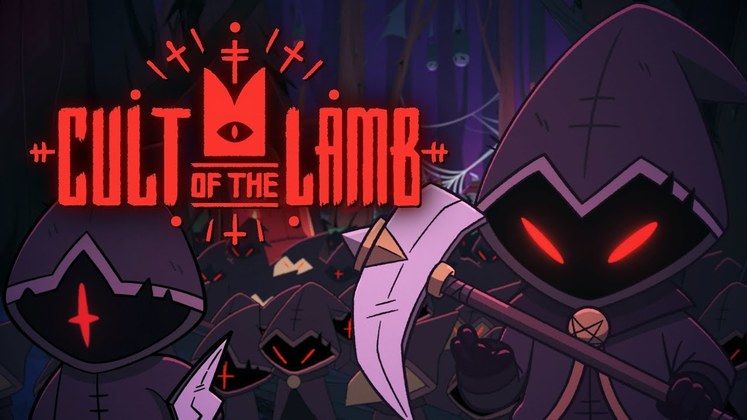 The contrasts in Cult of the Lamb are absolutely hilarious. It turns out cute graphics can soak up endless streams of blood and sacrifice. Sweet, garbled chatter between animals really can provide the gust of positivity needed to blow away the ash of your enemies’ ground bones. They have been lovingly collected and prepared for your next ritual, which may, or may not, conclude with you immolating a follower who has dedicated most of their life to keeping your farm running smoothly.

This half rogue-like, half farming simulator extracts popular elements from recent big-hitters Hades and Animal Crossing to formulate its own impressive concoction.

Cult of the Lamb begins powerfully. You are the last lamb in existence, standing before four heretic gods who are in the final stages of fulfilling their task to eradicate your kind. A prophecy has revealed their only chance of downfall stems from the woollen species that now stands on the brink.

The axe falls, but instead of separating neck from shoulder, you’re sent to The One Who Waits. Bound by chains and plotting to slaughter the four heretics, this demon breathes immortality into your body with one task in mind: start your own cult and take down your murderers. Now the gameplay loop begins. 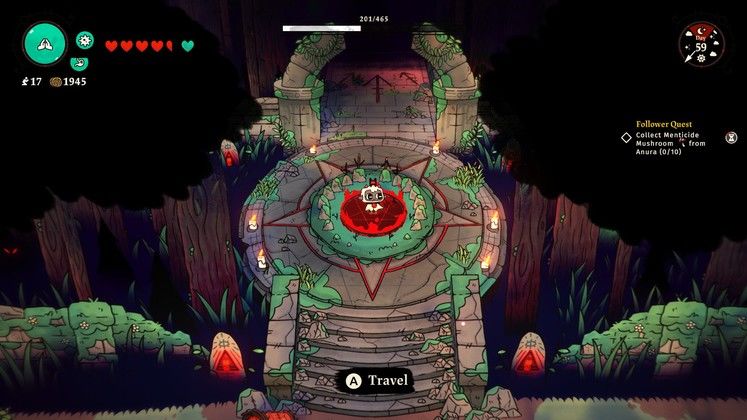 Most of your time in Cult of the Lamb will be spent either on crusades or at your homestead. Crusades are fast-paced runs through increasingly difficult biomes that are made up of multiple rooms. While the ultimate goal is to make enough progress in each of the four different areas to get a crack at the heretic at the end, each run serves a more immediate purpose.

Resources are constantly needed to keep your flock happy, healthy and most importantly of all, obedient. Most runs will send you home with vital gold, food supplies and blueprints that keep your output evolving. You can also ‘rescue’ new members for your cult by saving them from certain death, instead sending them to a life of indoctrination and then…certain death.

Combat is punchy and simple. You are given a random weapon and curse, a limited use alternate fire which is powered by the fervour of those you hack down. Curses typically offer a long-range attack or a way to quickly crush those closing on your position with a huge swipe or an eldritch limb tearing up from the depths of hell.

While the feedback on combat is good, it doesn’t progress as much as expected. Cult of the Lamb can fall on the side of being a button basher, although there is some timing needed to avoid enemies jumping or their aggressive attempts to end your quest. The range of weapons is limited and aren’t varied enough to make each run memorable. Bosses, too, are often larger versions of creatures that feel too familiar. 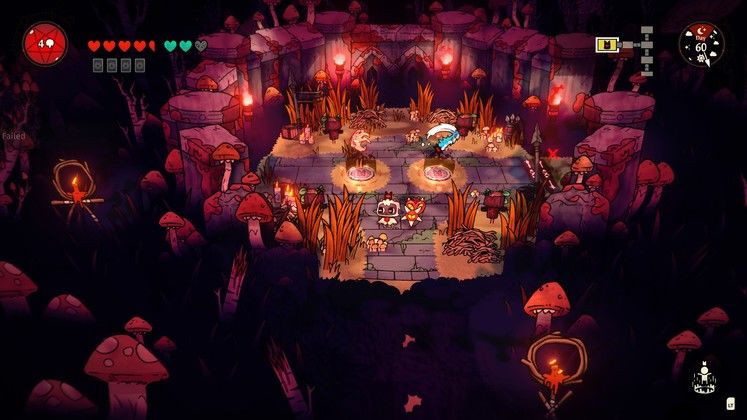 We challenge anyone to avoid a lamb pun when naming their cult...

You may stumble upon a mysterious being who offers tarot cards along the way. These add interesting power-ups to your run, including more health or combat boosts that can make a big difference. Boons include adding poison to your weapon, or even more helpfully, making your evading roll damage the enemy. Each run often lasts around 10 minutes, which means you get to spend lots of time with your followers back at camp.

It’s here that Cult of the Lamb’s charm really shines through. Your flock are a charming bunch, each with little personality quirks that can impact how devoted they are to you. Commitment will alter depending on various factors.

Perhaps you’ve not kept everyone fed, or have allowed illness to sweep through the cult after failing to pick up poop in a timely manner. Dissenters could even appear if you lose a run, as the veil of power drops and the cult sees a weakened figurehead. How you deal with these scenarios is up to you; will you let them cry it out, or will it be prison? What about murder?

Each day you can hold a sermon that serves as the main hub for defining your cult’s values. Bringing in new doctrines will alter the way your followers see things, such as their mortality, marriage and even the importance of paying taxes to fund your adventure. 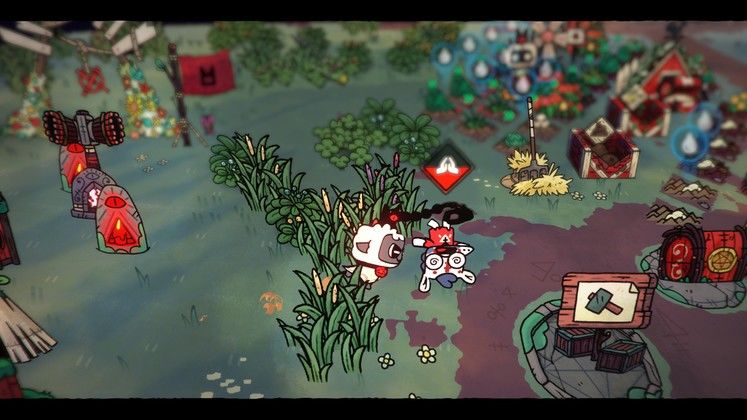 How many cult leaders have to pick up their flock's rubbish?

You could promote the positives of sacrifice and the martyrdom that exists herein, before sending that dissenter from before to the netherrealm. Your remaining flock will celebrate their ascendency, while you’ll eliminate a major problem. It’s rewarding to work out how you should deal with your old, the sick and anyone who gets out of line.

It’s also a joy just to see your cult in action. In the early hours you will focus on the production of lumber and stone, which can then be refined into vital structures such as private toilets and a hut to stop those suffering with illness from spreading it. You may even decide to build a trophy reminder of your triumph against each heretic boss to show everyone you aren’t to be messed with.

Every decision has consequences and you cannot always be the righteous chosen one. There is no easy way to let down that strange follower who has asked your permission to eat a bowl of poop. Letting them do so would risk disease. Ordering them to halt would make them unhappy. Perhaps a swing of your blade while everyone is asleep is the only just way to answer the idiocy. 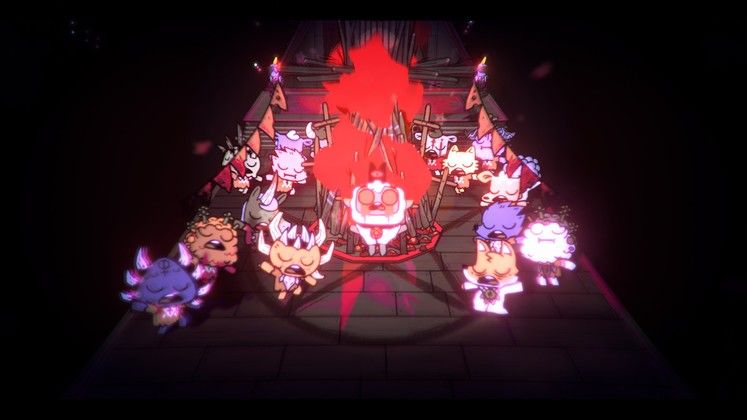 Acting on those doctrines you’ve worked hard to bring in. Or should we say ‘executing’ them?

CULT OF THE LAMB VERDICT

Cult of the Lamb is memorable for more than just this silliness, though. While the combat falls short after extended play, developers Massive Monster must be commended for a brilliant blend of ludicrous violence and cuteness that stands tall as one of 2022’s best games.

Cult of the Lamb Essentials 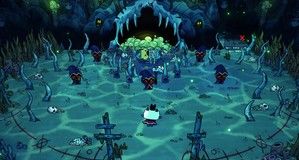