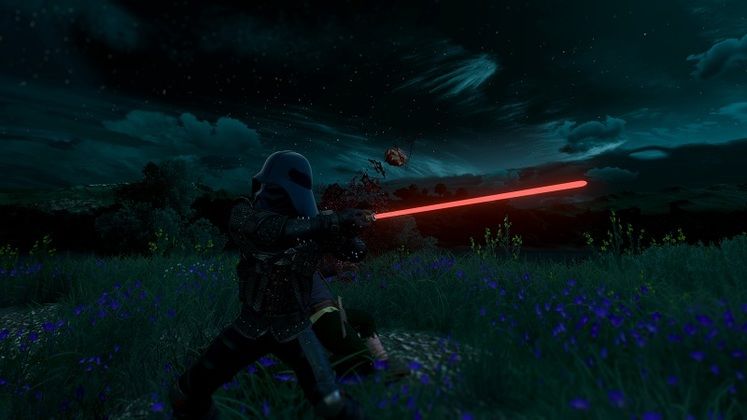 The Witcher 3 now has a lightsaber mod that brings a bit of Star Wars into CD Projekt Red's popular RPG. An inevitable crossover – since lightsabers tend to sneak their way into most things –, the mod also brings Geralt one step closer to taking on the mantle of a Sith Lord.

Well, it's actually just Darth Vader's helmet that The Witcher 3's Star Wars Lightsaber mod adds, but that alone transfers enough of the dread we felt when we first gazed upon the reborn Anakin Skywalker. 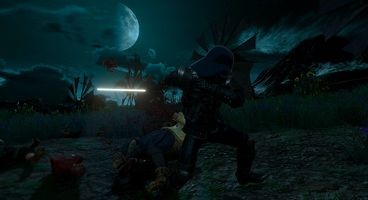 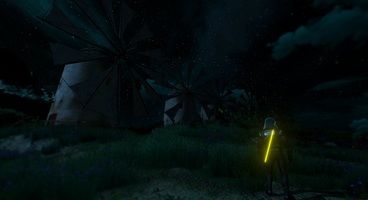 The Witcher 3's lightsabers behave much like Geralt's usual steel and silver swords. This means that you can squeeze about as much speed and finesse from them as any of the game's – more boring – medieval blades. The Star Wars mod also adds sound effects for the lightsabers, although it's worth noting that they replace the sounds of all in-game axes.

You can purchase both lightsabers and Darth Vader's helmet from three locations in The Witcher 3: Hattori's home, the Offieri merchant, and Lazare Lafargue, Toussaint's grandmaster smith. You can also choose different colors for each weapon. Sadly, you won't be able to dual wield them or pull off a Darth Maul and walk around slicing foes in half with a double lightsaber.

That, however, shouldn't discourage you from using them. Not only do the imported sound effects do a good job of enforcing the Jedi (or Sith) fantasy, but the lightsabers come with a chance of dismembering or setting enemies on fire. The helmet also amplifies the intensity of Geralt's signs.

You can get The Witcher 3's Star Wars Lightsaber mod from Nexus Mods. For more on the RPG, here's a handy list of console commands and cheats.