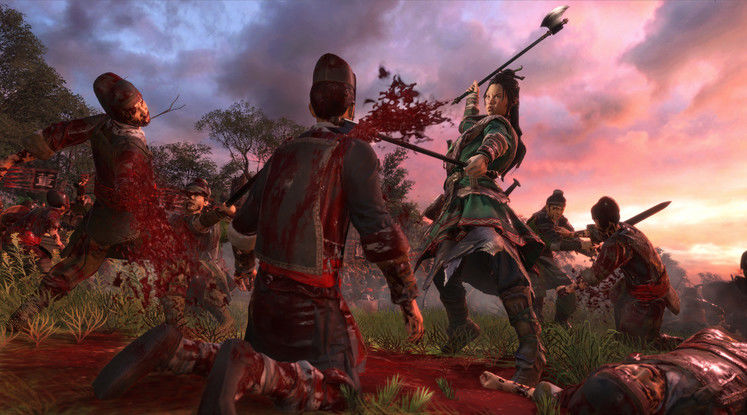 The Reign of Blood DLC finally allows Total War: Three Kingdoms to literally paint the fields (but also weapons, horses and armor) red with the blood of their enemies. 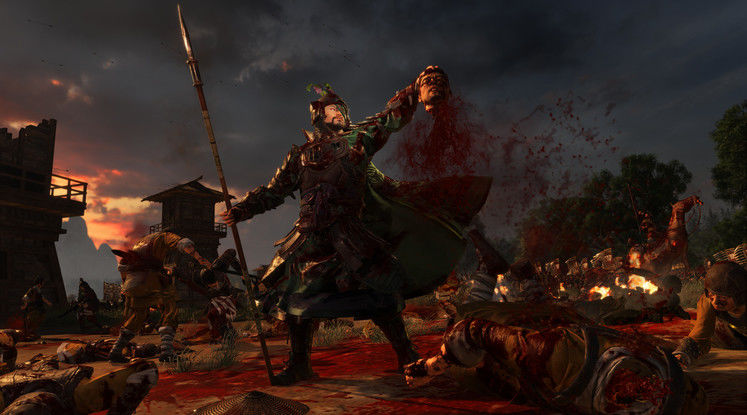 To celebrate the launch of the Total War: Three Kingdoms Reign of Blood DLC, publisher Sega has release a "Top 10 Most Gruesome Kills" video which gives a close look at what the DLC has to offer.

The video focuses on a series of visceral but also stylish executions happening in duels. Needless to say, seeing a commander stabbed multiple times or swiftly decapitated adds weight to both victories and losses.

The Total War: Three Kingdoms Reign of Blood DLC won't limit its bloody offerings to just duels, as regular units will be able to dismember each other and, apparently, horses too. If you'd like to keep things clean, however, a slider will permit as much.

The Total War: Three Kingdoms Reign of Blood DLC is now available on Steam for the price of 2,99€ or your regional equivalent.