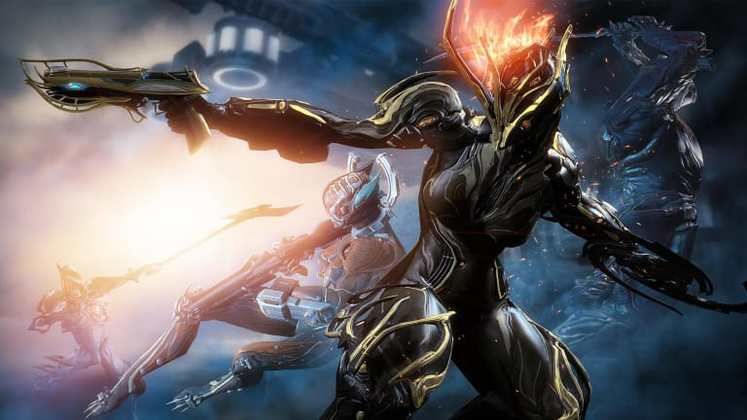 Warframe is not only one of the most popular and most beloved free-to-play titles on the market, but it also bills as one of the few examples of F2P done right, too. Though it stands shoulder-to-shoulder with the likes of Path of Exile, Warframe does have one particular skeleton in the closet: mod packs.

Warframe Mod Packs are what one would consider a loot box per se, as they award a selection of entirely randomised mods for a sum of premium currency, and even though they're practically useless, they tarnish the game's reputation a tad. They're getting reworked, but that's not what fans would prefer. 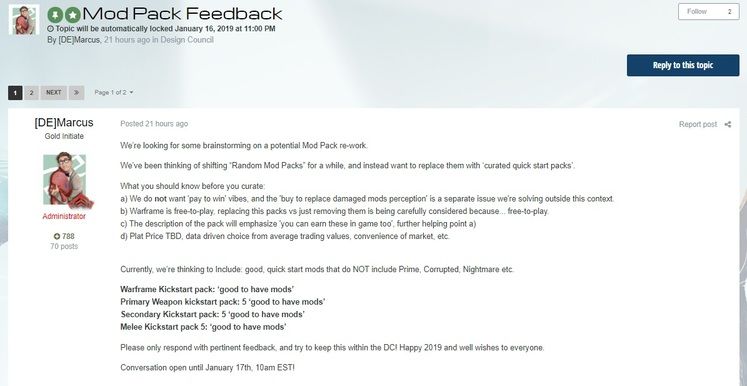 Warframe lootboxes, or rather, Mod Packs, are going to be getting a proper rework soon according to a member of Warframe's Design Council - a group of supporters who get to share their two cents with the developer, Digital Extremes, in a private forum.

According to a screenshot which you can reference above, Digital Extremes want to avoid pay-to-win vibes by any means necessary, and their current solution is to offer various Warframe Kickstart Packs which would provide players with a selection of "good-to-have" mods for some amount of premium currency.

This is all well and good, of course, but the fans aren't too eager on any sort of rework, and many of them are calling for a complete removal of Mod Packs from the game, stat. This opinion is shared by many, though the option to vote for it is not available to the Design Council.

Since Mod Packs are really the only thing coming close to a proper, fully-fledged loot box in Warframe, it is curious to see Digital Extremes clutching onto the feature when the term has become quite dreaded in the gaming community. We'll see what comes of this, so stay tuned for future updates.