Warframe: How to Mod Weapons 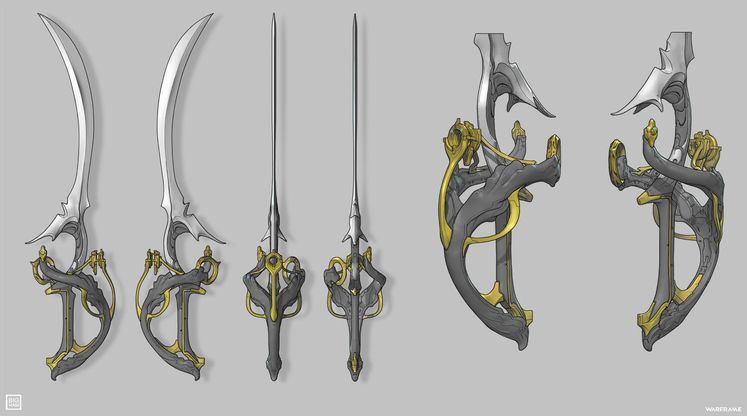 Mods are an essential resource in Warframe. Without mods, your weapons are borderline useless for the most part, and similarly, any given weapon can be turned into a proper death machine if you mod it right. Many new players make the mistake of thinking that there is a linear equipment progression in Warframe only to be surprised when, no matter what rifle they get, it doesn't do much at all against high-level enemies.

This is why learning how to mod your items correctly is key to playing Warframe well, and you cannot ignore the system no matter what. This article is going to teach you how to properly mod for any of the weapon archetypes so that you don't get completely ruined trying to get through Saturn. 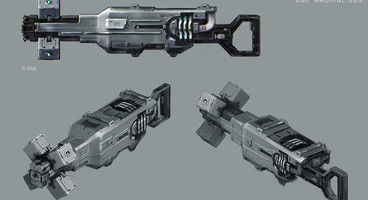 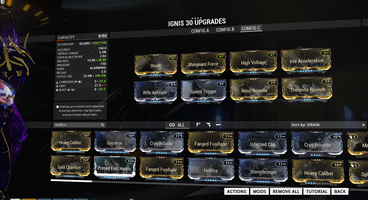 First things first - mods are virtually everywhere in Warframe. The most important ones, such as Serration (damage boost), Point Strike (critical chance increase), elementals and the like, will drop in regular gameplay scenarios, and can be found by killing enemies, destroying crates, completing special objectives and such.

Mods are rarity-dependant, of course, and some will need to be farmed out. In case you really need a truly basic mod, such as the aforementioned Serration, veteran players usually have several dozen extra copies and will be more than happy to help a new player by straight-up giving you one. Alternatively, you can always try your hand at trading for rarer mods, such as the dual-stat elementals, which not only increase the base elemental damage output of your weapon, but also increase its status chance, but we'll get to that a bit later.

In any case, let us say that you have gone to the Market and bought a Braton automatic rifle, and now want to know how to build it up to carry you through the first portion of the star chart. Let us also presume that you have Serration, Speed Trigger, Infected Clip, and Stormbringer mods. 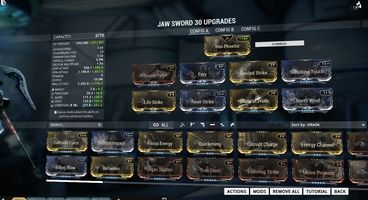 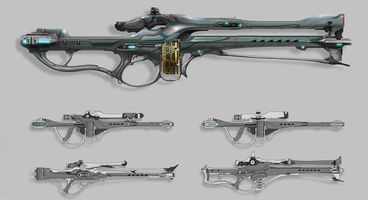 In our article on Endo, we've also covered how and why you should be upgrading your mods. This knowledge will come in handy when building our Braton, because the base weapon does not have enough mod capacity to fit all four of these mods maxed out. Of course, we can sidestep this issue by installing a Catalyst, which doubles the capacity of any given weapon, or polarising some of the mod slots, but that's another subject.

Instead, what we will do now, is rank up each of the four mentioned mods to certain levels and leave them at that for the purposes of this tutorial. We'll upgrade Serration to R6, Speed Trigger to R2, and both of the remaining elementals to R1. What this will get us is a Braton that dishes out about three to four times as much damage as the unmodded version does, depending on the enemy you're fighting. Additionally, it will also deal Corrosive damage, which has a bonus against armour, and is especially effective against the Grineer.

In general, what you want to do is look at a weapon's stats: if it's leaning heavily on critical specs, build for crit. Similarly, if there's a solid status chance with a high fire rate sitting on the weapon, build for status. A damage build such as the one showcased here, however, is a baseline for low-level content.