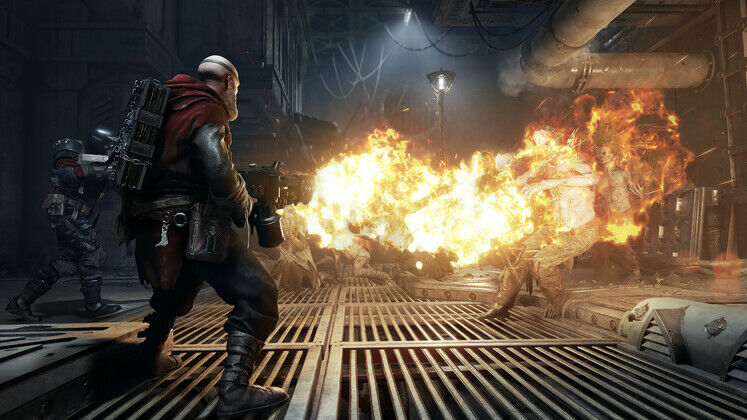 Warhammer 40,000 Darktide is the followup to the hugely successful Vermintide series. Merging the hack-and-slash co-op with the slums and guns of 40k means there's a lot of fun to be had.

From Poxwalkers to Reapers, there are about twenty different enemy types, and what they are aren't always clear. This guide covers Monstrosities, what they are, where to find them, and how to murder death kill them. 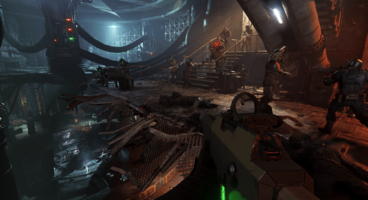 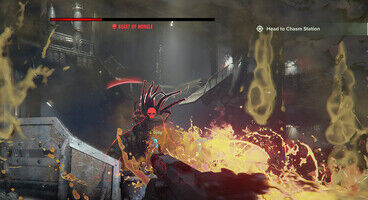 Monstrosities are easy to identify, and currently, only three exist in the game, the Plague Ogryn, the Beast of Nurgle, and the Daemonhost. When encountered, they will trigger a mini-boss fight with the enemy health appearing at the top of the screen with them pursuing players relentlessly.

Monstrosities are random spawns that can only appear at various set-piece points throughout missions. If you are hunting them for your weeklies, higher-level missions are more likely to include Monstrosities, but they will spawn on all difficulties.

Killing them is anything but a walk in the park, and all three can soak up massive amounts of firepower. For this reason, it's critical to always go for the weak points.

A Plague Ogryn is a formidable threat, relying on rapidly closing the distance and crushing players underfoot with powerful melee attacks and stomps. However, their weak point is the face, making it much easier to get hits as it charges you down.

The Beast of Nurgle is entirely different, and while it wants to get in close, this giant slug moves slowly and uses a ranged sludge attack to control the field. It can also gobble up one party member and spit them out after a few seconds, sometimes right into a chasm.

The Beast of Nurgle also requires more teamwork, as the weak point is the orange pustule on its back. As a result, coordination to surround this Monstrosity is essential.

The Daemonhost is a bit of a different Monstrosity. It's not immediately hostile and can be identified it by its distinct cries. Depending on where it spawns, you can avoid the fight entirely by not getting too close to it. If you do startle it, however, you're in for a world of hurt.

Once hostile, it floats around, locking onto one member of your party. Unless it's an Ogryn with a shield or a character with lots of healing on hand, our fights usually saw one or two inevitably players going down or the whole squad wiped out.

The Daemonhost hacks away at you until you're downed, at which point it casts a seemingly uninterruptible choking attack that kills you instantly after a few seconds of channeling. Its weak point is the head, so do your best to target it during fights.

As mentioned above, Monstrosities can be a target for weekly Requisitorium missions, but we also have a guide for other common challenges, like Grimoires and Scriptures.