In massive news, Microsoft today announced that it is set to acquire ZeniMax Media, parent company of Bethesda Softworks, for $7.5 billion.

Aside from potentially keeping significant IPs like Doom, The Elder Scrolls, Fallout and Starfield away from PlayStation, Microsoft aims to bring all of Bethesda's franchises to the Xbox Game Pass and its PC counterpart. 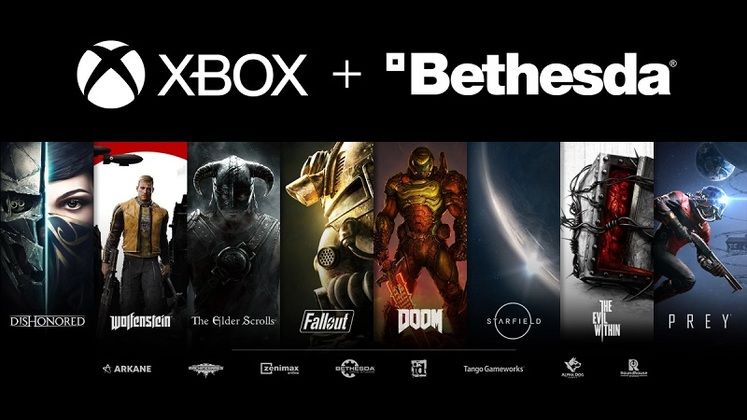 "Bethesda’s games have always had a special place on Xbox and in the hearts of millions of gamers around the world. Our teams have a close and storied history working together, from the amazing first DOOM, and its id Tech engine, innovating games on PCs to Bethesda bringing their first console game to the original Xbox, the groundbreaking The Elder Scrolls III: Morrowind." reads a post by Head of Xbox Phil Spencer.

"Over the years I’ve had many deep conversations with the creative leaders at Bethesda on the future of gaming and we’ve long shared similar visions for the opportunities for creators and their games to reach more players in more ways." it continues.

"With each new console cycle, we evolved together. From bringing mods to consoles with Fallout 4, now over a billion downloads, to the latest technologies fueling Xbox Series X/S. These new systems are optimized for the vast worlds we love to create, with generational leaps not just in graphics, but CPU and data streaming as well. It’s led to our largest engine overhaul since Oblivion, with all new technologies powering our first new IP in 25 years, Starfield, as well as The Elder Scrolls VI." Bethesda's Todd Howard added in a separate post that delves into the two companies' history.

This is a major move by Microsoft that gives the Xbox Series X more weight in the coming console generation while potentially securing major console exclusives for Team Xbox.