The implosion of the SimCity franchise last year blew a hole wide open in the city-building simulation genre, but despite some decent efforts no studio has really plugged the gap left by Maxis’s collapsing behemoth. Six-man team Colossal Order is hoping to do just that with its ambitious title Cities: Skylines, which looks to give players back some of the control they lost in SimCity 2013.

The sun rises over your budding city. It’s not much at first, just a few highways and roads, maybe a couple of residential districts. More Smallville than Metropolis. Fortunately it doesn’t take long to start shaping it into something a bit more impressive. Connecting up roads and highways is easy, with a customisable road tool that can be used to draw either tight, American-style grid cities in straight lines, or the jumbled-up mess of sweaty commuters and confusing switchbacks that is Central London.

Plonking down new structures is as simple as choosing the appropriate brush – residential, industrial and so on – and painting over the area you want to build on. Houses will start as lowly slums, and slowly evolve over time into snazzy downtown pads. Industrial districts will grow into oil and smoke spewing behemoths, and more and more citizens will pour into your city to look for work. Every thing’s kept relatively simple in terms of designing the basic blueprint of your town, but once everything is in place there’s plenty of opportunity to dig into the mechanics of municipal planning.

Each house can be examined in detail, and clicking on one brings up a tooltip with the owner’s current mood, wishes and complaints. Obviously you’ll need decent services to keep your civilians happy; an efficient and discreet power supply, adequate sewage and utilities, decent education and public services. People are so bloody needy, aren’t they? Likewise, taxes can be adjusted for each individual sector. Poor, low-skill workers might appreciate low tax bands, while productive business sectors can be taxed for big cash rewards – but possibly irritating entrepreneurs and corporations into sodding off to register their companies in Monaco.

Luckily the process for dealing with all these potentially fiddly systems seems to keep the busywork to a minimum. Power lines, for example, can be plonked down next to a hydro-power station, and connected back to the relevant residential section – no micromanagement needed to make sure every house is set up, as long as the lines reach the neighbourhood you’ve got all the juice you need. Potentially disruptive and unappealing buildings like coal power stations have a visible radius when you place them, showing how far away they need to be to stop everyone in your city choking to death on coal dust. 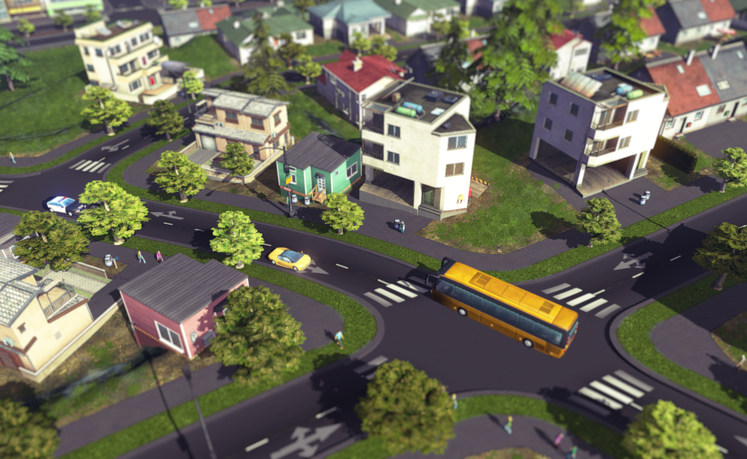 A new Policy system helps further customise your city’s infrastructure. You can carve up your city into various districts, each of which you can name and place individually. You could, for example, mark out a tiny but incredibly affluent tax-free district in the centre of town, acting like a gated community for your richest citizens. Each district has its own set of Policies, laws and ruling that you can put in place to tweak efficiency, cash output or morale in that zone. If you have a blue-collar section of town filled with noisy and dangerous factories, for example, you might see your civilians begin to feel increasingly unsafe. To ease their concerns, you might introduce a mandatory fire safety drill Policy, which will lessen the chance of your lovingly placed structures being burnt to a cinder.

As well as per-district options, Colossal Order also has a few city-wide Policies that effect every single resident. Lots of scope for meddling with each section of your metropolis like some crazed dictator. If you want to build a bustling business centre filled with coffee shops and skyscrapers, go right ahead. If you’d rather oversee a sprawling slum-city you can ban high-rise buildings in all but the most affluent district. Player control is the name of the game, and by the look of things the developers have given us plenty of tools that make it easy to tinker with every aspect of our creations.

That stretches to supplementary tools, too. Cities: Skylines will ship with an asset editor, letting the talented modding community come up with their own models and content, as well as a map editor. Maps can stretch to a whopping 36 by 36 kilometres, and once you’ve upgraded your city to the highest levels it’s really a sight to see. At the moment you can only build in a vaguely North European style, but Colossal Order is considering adding the option for different building styles post-launch. Towering skyscrapers dominate the skyline, while minuscule workers potter to and from work at the factory. Zoom in to street level, and you can check on each civilian’s current mood. They’ll even tweet helpful comments at you through a Twitter-esque social media service. 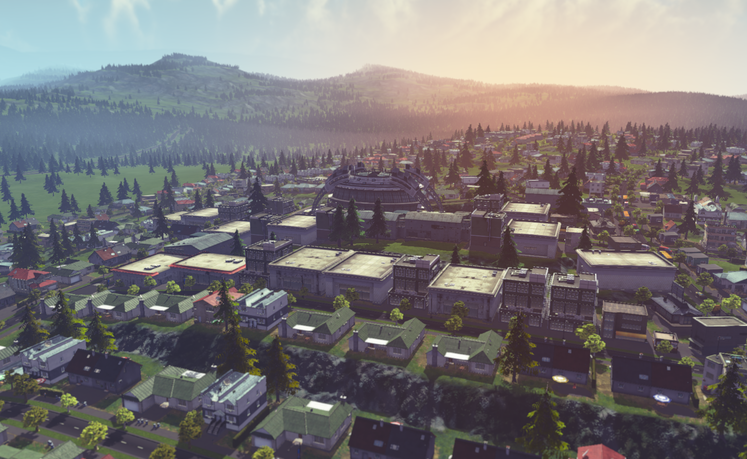 Considering that developer Colossal Order is comprised of only six team members, Cities: Skylines is a very ambitious title. As well as the general smoothness of the interface and the deep, customisable city management, there’s some really interesting ideas on display here. The team has come up with a dynamic water system which means you have to think carefully about where you build your services. Build a sewage plant upstream of your water filtration plant, for example, and your residents might find their drinking water tinged an unpleasant brown colour. The smart Policy system forces you to think closely about every aspect of your city, while at the same time keeping the actual micro-management to a relative minimum.

An hour or so preview session is far too brief to really get a grip on how well these mechanics come together. Right now though, Cities: Skylines looks like it could be just the ticket for city management fans looking for a new franchise to rally behind. It seems to have that nice blend of giving you plenty of opportunity to dig into the intricacies of city-building, while preventing the same process from becoming a time-consuming chore. At least in the early levels. I’d need to go hands-on with the endgame to see if Cities: Skylines eventually succumbs and get bogged down in micro-management, but right now things are looking positive. The game’s set for release early next year.

Most Anticipated Feature: Basically, I want to make Gotham. A smoky, gloomy crime-ridden hell-hole, ruled over by a man dressed as a bat. Tragically, that last thing might not be a feature in the full game. 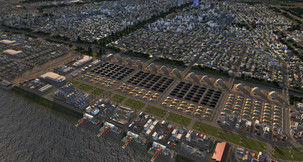 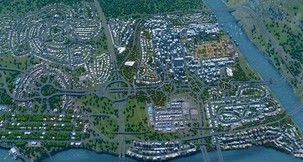 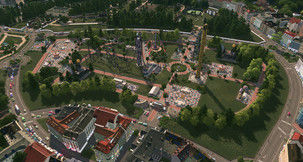