If you haven’t heard of Insurgency before, it’s a standalone version of a popular mod for Half-Life 2. It was very well received back in 2014, and since then developer New World Interactive have been prepping sequel Insurgency: Sandstorm - and it’s nearly here.

Of course if you’ve only seen Sandstorm in videos or pictures, and haven’t played Insurgency, you may have written it off as a Battlefield clone - and what’s the point of that a month before Battlefield 5 comes out? I admit, I came to Sandstorm with similar preconceptions, but I was willing to give it a go to see if it could stand on its own. I was glad I did, because in reality it’s actually a neat cross between Battlefield, Rainbow Six Siege, and a bit of ARMA III, and yet still stands on its own. 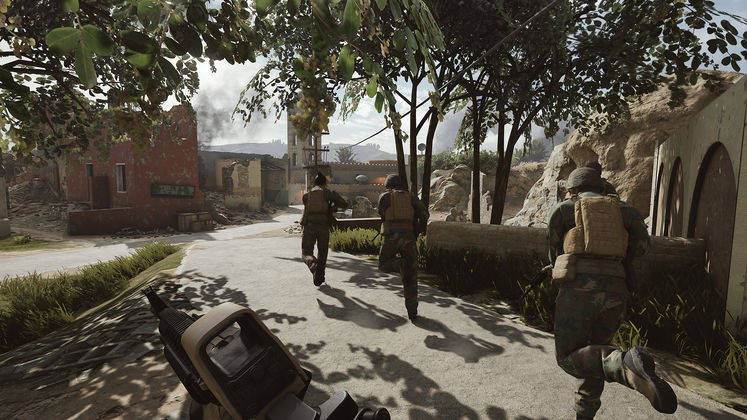 There are three main modes in Insurgency Sandstorm, and despite looking similar they actually play radically different. 32-player objective clashes, with a constantly shifting map and limited player respawns, is the most Battlefield-like and is suitably epic. 5v5 Firefight is set around just three points but is incredibly intense. And 8-player PvE co-op is frickin’ Rainbow Six Siege - doesn’t quite have the destructible environments, but honestly… it’s a little more fun. And we’re not just saying that because we’re terrible at Siege.

After making my character look as much possible like Where’s Wally turned terrorist, we headed in co-op, which was my highlight of Sandstorm… despite our experienced team of gaming journalists not winning for a very long, long time. And with multiple friendly fire deaths. Turns out if a writer sees another writer in the wild, their natural inclination is to shoot them. 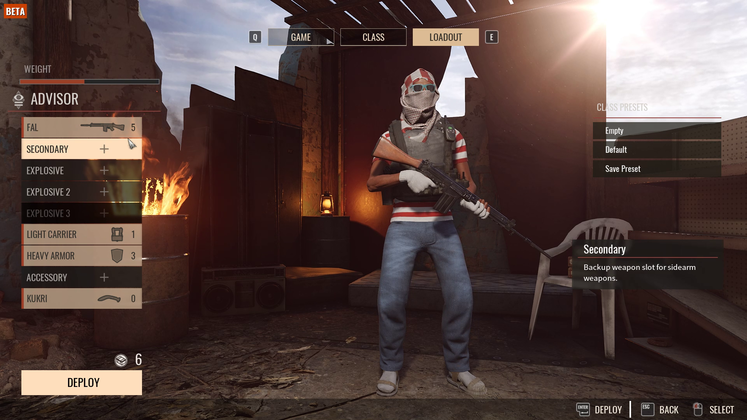 Our objectives were simple: as a team (ha!) of eight players, we have to take all points, repel all enemies, and survive any assaults. We’ve all played shooters before, so we’ll coordinate our attack on the building at Alpha point by going in all sides at once and - oh, I’m dead, I got shot by my teammate dammit. Fortunately taking a point resurrects anyone who’s died, which is pretty neat. So if one person survives and clears the point they get treated as a hero... or an idiot, if they get the jump on an enemy and then realise they forgot to reload.

The enemy AI was actually pretty brutal, but at no point did we feel like it was unfair. I mean yes, sometimes it can be stupid, such as when I saw a group of enemies moving on our position, I threw an Incendiary grenade, and watched in horror (and amusement) as they all ran into the flames. The sight of the pile of cooked corpses afterwards is something that will live in my nightmares. Still, this is only an early version of the game, and even then it’s already fun - and frankly, that’ll do me. 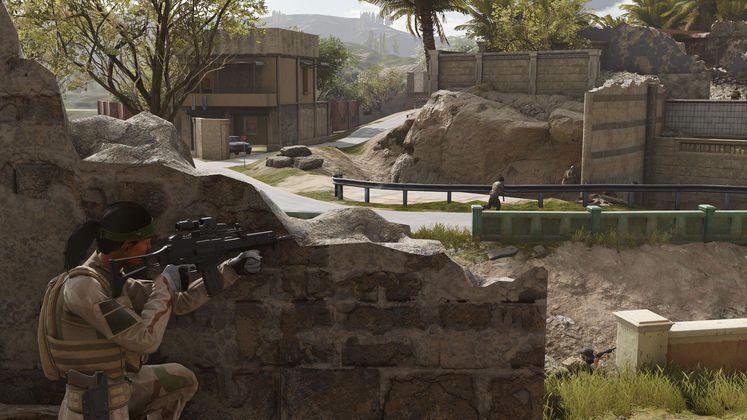 The PvP modes are far more brutal. 16v16 is epic, and while the maps aren’t as expansive or stunning as Battlefield, fights do become incredibly epic. And remember, we’re still talking about basically a small developer versus one of the biggest developers in the world. Bullets fly, explosions and cries in the distance are everywhere, it feels like a genuine battle is going on. Then the special weapons get deployed, like helicopters strafing the map or the incredible (and terrifying) air strikes - which you can see fall from the sky and hit the ground in an impressive plume of smoke. You attack points in waves, the battlefront moves up, attack the next point, maybe respawn.. It’s incredible.

The 5v5 Firefight is less epic, but a lot more tense. There’s three points to capture, and unlike the other two modes all of them can be seen from the start. Your team wins if you capture all three or kill all the enemy team. The play area is a little smaller, and unlike the main PvP battleground snipers don’t have quite so big an advantage. At one point I was the last man left on my team, went prone on the roof of a control point, and caught someone dead to rights… then as I fired I got off a single shot to let him know where I was, missed wildly, and then heard the telltale click-click-click of an empty clip. Idiot. 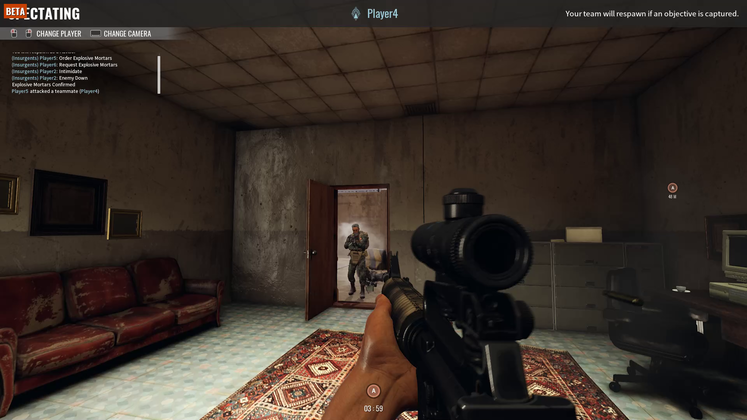 Insurgency: Sandstorm has a release date of September 18 on PC only. It will release on Xbox One and PS4 in 2019, as New World Interactive felt they needed <a href=”https://newworldinteractive.com/insurgency-sandstorm-community-update-release-date-announcement/”>more time to polish the console version.

So co-op is a little Rainbow Six Siege, 16v16 is like Battlefield… what’s the ARMA part? Well, that’s the weapons. There are a wide range of realistic weapons available, with different types available depending on the class you choose. They all have different accessories, such as various types of scope, barrel, ammo, siderail, and underbarrel. Then during a match all weapons have multiple fire modes, with accuracy dependent on all of these - including whether you’ve gone prone or not. 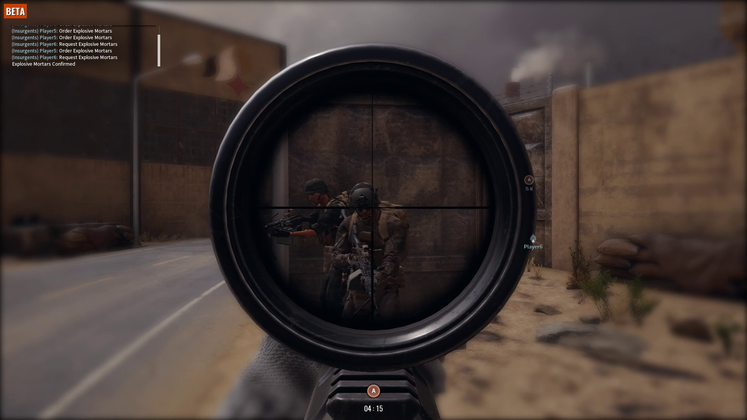 Insurgency: Sandstorm is already feeling a lot of fun. A single screenshot glance might make you think it’s just another Modern Warfare-style online shooter, but that’s far from the truth - not to mention that the original Insurgency still has a huge fanbase, who will hopefully move over to the sequel. And even if you hate multiplayer shooters, the PvE co-op mode makes it worthwhile. We’re now eager to see what it’ll be like out in the wild...

Getting to try a full, polished co-op experience with people who know what they’re doing. So, not games journalists.

Note: This preview was part of a trip to the Focus Interactive offices in Paris. Focus paid for travel and accommodation. 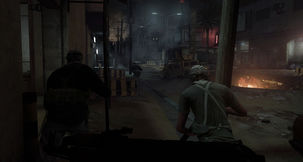