Frontier’s follow-up to Planet Coaster is a little wild 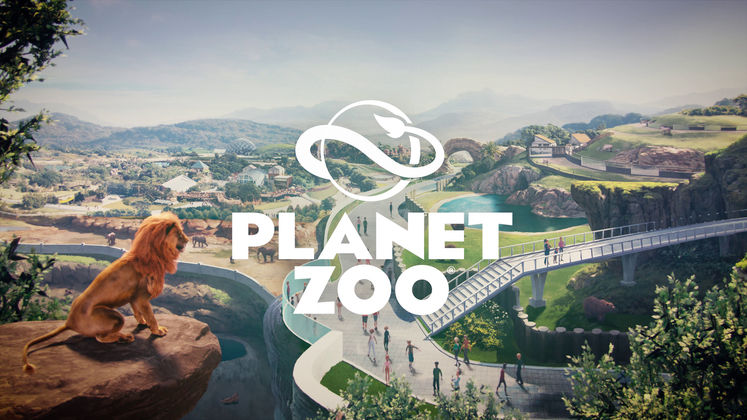 Despite enjoying Planet Coaster, I was secretly hoping that developer Frontier was not about to announce Planet Coaster 2 when I went to see them at their offices earlier this month. No disrespect to the team, but Planet Coaster is pretty great as-is, and with the massive community surrounding it I don’t think the world’s ready for a sequel just yet. Before we get that inevitable game, we want something new - and fortunately, we’re getting Planet Zoo.

Planet Zoo is the next game in Frontier’s Planet series, which it seems they’re turning into their own Theme, Sim or Tycoon-like franchise, and that sounds good to us. After Jurassic World Evolution (and the fact that Frontier have a string of animal games including an Xbox exclusive Zoo Tycoon in 2013) in retrospect a zoo management game seems almost predictable - but no less welcome. We got a look at the game in motion, and it’s already looking very appealing. 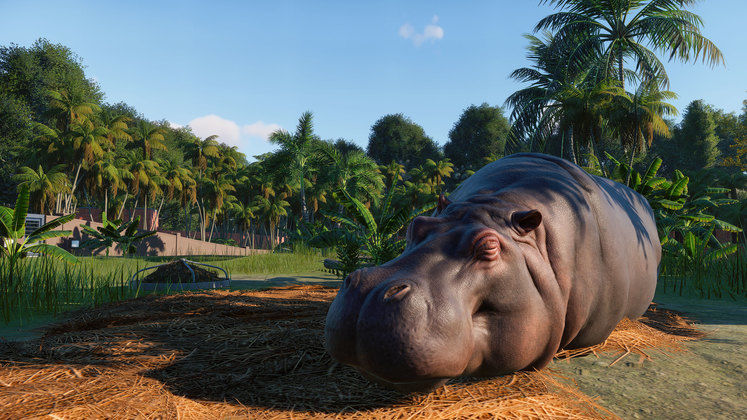 Planet Zoo seems to play very much like a cross between Planet Coaster and Jurassic World Evolution. Players will have the depth and control over all your park’s functions that fans came to love in Coaster, but with the added complication of having to look after and satisfy the needs of a bunch of animals. We really enjoyed Jurassic World Evolution, but Planet Zoo looks like it could have the depth many players felt was missing in Frontier’s licensed game.

While the version we saw was a very early build (described as pre-alpha, although it’s months away from release at this point) the basics are what you’d expect from a 2019 Zoo Tycoon-style game. The goal is to build a functioning park that keeps both the patrons and the animals happy, with the staff pretty content too. There will be over 50 animals for players to look after in the final game, from big guys like Elephants, Giraffes, and Lions to smaller fare like Peacocks, Lemurs, and… ick… Spiders. Yes, in Planet Zoo you have to keep spiders happy. 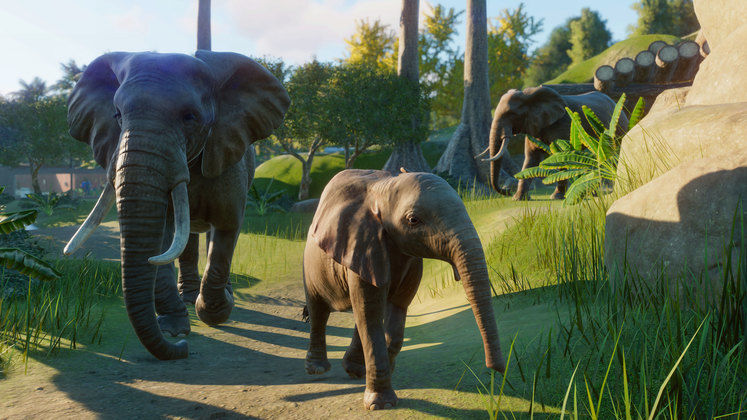 It all starts with building your Zoo. You have to build paths, place attractive features (like rocks or trees), useful features (bins, lookout points), attractions for the punters (restaurants, gift shops), even up to fun ideas like visitor trains, bridges over water features, and themed areas - like African or UK zoos. Visitors have to be able to get everywhere easily, and get good views of all the animals they want. Various building options we saw on-screen during the gameplay demo included Barriers, Habitats, Nature, Zoo Facilities, and Construction.

Then we get on to the most important part of the game: the animals. Frontier are aiming to create “the most authentic animals in any game”, and from what little we’ve seen they’ve succeeded. These animals are all unscripted, have wants and needs, and supposedly have their own personalities. Similar to Jurassic World Evolution, the animals have landscape, food, space, and company needs - but Planet Zoo goes even further. 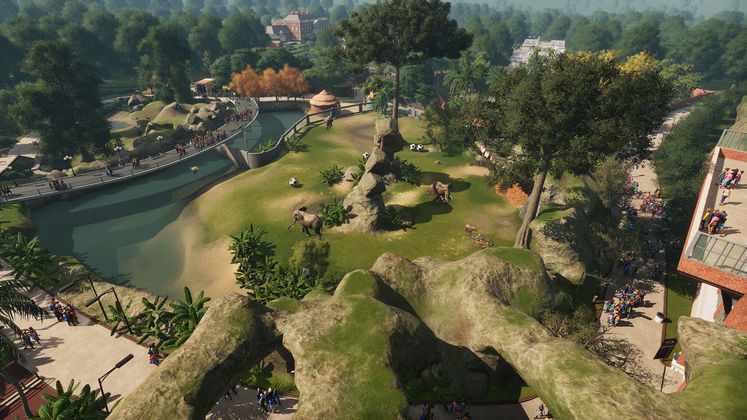 The animals also have entertainment needs (seeing an elephant play with a giant football is the cutest thing) and specific environment needs - like sand or types of grass. You could change the terrain in Planet Coaster and to a slight degree in Evolution, but now having the right shape and even soil type is really important. Honestly, the animals are just fantastic. The Jurassic World dinosaurs were the highlight of that game, and these guys seem even better. It was fun just to watch them wander around, go for a swim, play a little, take a dump on their food tray - all seemingly naturally. Oh, and we can confirm - they do move in herds.

They’re also affected by the weather, which is a big addition. Jurassic World had a few typhoons and rainstorms, but other than creating possible disasters they didn’t really affect the dinosaurs. Planet Zoo adds hot and cold temperatures, and even snow, which settles on the ground. You’ll actually have to place bedding for animals under cover so it doesn’t get wet, and give them proper shelter from the elements, otherwise they’ll be unhappy. 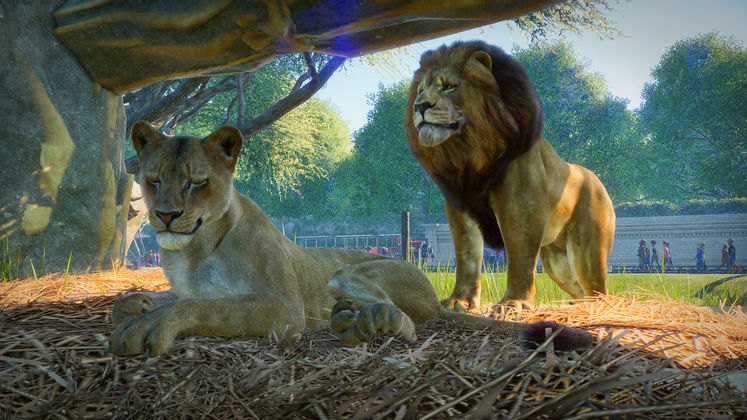 Then there’s the people. That’s staff and customers. Both will have their own needs to, such as tiredness, happiness and more, and it’ll certainly be deeper than Jurassic World Evolution - although, like that game, the animals will still be the focus. The only sad news we have to report is that escaping lions will not be able to eat the tourists. The public will be “unhappy” with having their lives threatened by man-eating cats, but otherwise won’t come to any harm. Shame.

Planet Zoo will release in Autumn 2019 exclusively on PC. And yes, it’ll be on Steam. We’ve confirmed that ourselves with game director Piers Jackson. 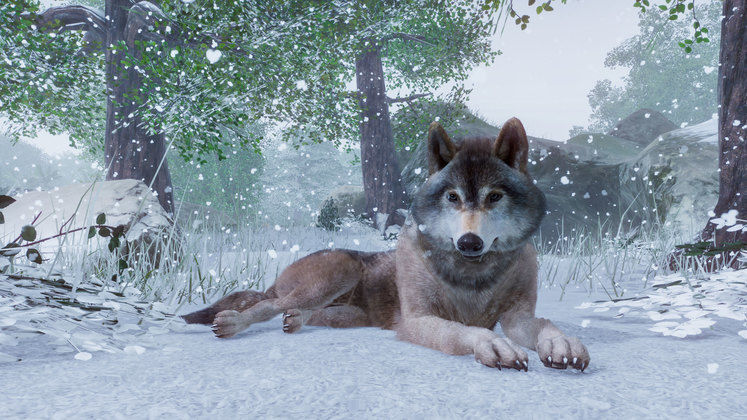 One other big part of Planet Zoo we were told about was how the team at Frontier wanted to focus on education, especially regarding conservation issues. You’ll be able to hire members of staff specifically focused on research - which not only helps you as a player to look after the animals better, it will also educate visitors in the park with signs and speakers.

There will be a full narrative campaign for players to take part in, as well as a sandbox mode of course - along with the same editing software available in Planet Coaster, so players can upload their creations (or download other people’s) from the Steam Workshop. We only got the slightest taste of Planet Zoo, and while we were initially skeptical that a zoo management game could be as fun as a theme park or dinosaur world, it’s well on the way there. We’re eager to see more of Planet Zoo, and can’t wait to try it for ourselves. If only to put that ‘lions can’t eat the tourists’ thing to the test... 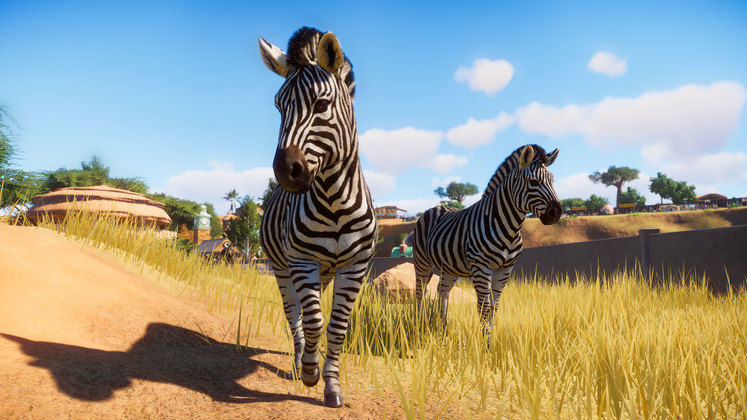 Getting to manage those spiders. Or customising the choo-choo train.