From Russia with Little Love

It’s easy to see the sorts of good intentions that Ubisoft and by proxy, developer Climax Studios, might have had when the ideas for Assassin’s Creed Chronicles first started flying around the boardroom. With the core Assassin’s Creed franchise owing a transcendent debt to Jordan Mechner’s seminal Prince of Persia, crafting a trio of games that taps into the 2D dimensional shenanigans of the latter while deftly tying it into the sprawling mythology of the Assassin’s Creed franchise might have seemed a great idea, yet the execution of such a concept has thus far been consigned to sailing the seas of mediocrity to say the least.

So it is then that we come to the final entry in the Chronicles trilogy, taking us from the trials and tribulations of the Punjab into early twentieth century Bolshevik-era Russia. Given the relatively rapid release schedule that has been synonymous with each entry in the Chronicles trilogy, you wouldn’t be wrong to assume that each game was developed back to back and somewhat sadly, Assassin’s Creed Chronicles: Russia confirms this assertion as bar a few changes, this is essentially the same game that we’ve already seen twice before. As a result, it’s reasonable to posit that if you didn’t like the previous two games then Chronicles Russian excursion will do little to change your mind. 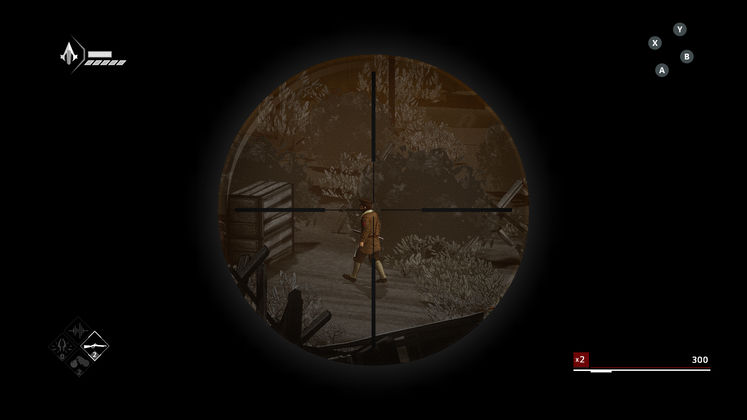 You get to do a spot of sniping in this latest Chronicles game, which is quite possibly the least Assassin’s Creed type thing ever

Sadly, what this also means is that everything that was wrong, broken and generally uninspired with the previous China and India entries in the Chronicles series, is also present and accounted for here. Perhaps nowhere is the lack of meaningful evolution more keenly felt than in the way the game controls. Casting players as Nikolaï Orelov, a veteran assassin who is looking to leave the order so that he might spirit his family away to safety from the conflict that plagues his country, it must be said that somewhat tragically, he doesn’t really feel like an assassin at all.

A big reason for this is that the game is just horrendously sluggish and clumsy to control with jumps and other such manoeuvrers seemingly triggering a split-second later than you need them to. Compounding such woes is the often accidental use of other moves when you least expect it, invariably ending up in a checkpoint-restarting death and a significant loss of hair follicles as a result. Elsewhere, combat is just as wholly unsatisfying as it ever was; your supposedly spry Assassin feeling like they’re swinging their sword through treacle whenever a direct confrontation manifests itself; the choreographed grace of the combat seen in the core Assassin’s Creed titles now seemingly as far away from thought as they’ve ever been.

Indeed, rather than feeling like a true Assassin’s Creed effort, this appears as an ever more difficult assault course of distraction puzzles and folks who have played either the Chinese or Indian campaigns will know what to expect here. Whether you’re disappearing into cover, climbing up walls, hiding bodies in bushes or using conveniently placed distractions to evade enemy cones of detection, the impression that Assassin’s Creed Chronicles: Russia hasn’t meaningfully departed from its predecessors is one which is forcibly rammed home.

Intrinsic in the return of such familiar mechanics is the frustrating amounts of trial and error that accompanied them in previous games. Exaggerated by the less than responsive controls and clunky character motion, not to mention the instant death scenarios that usually accompany such failure, it becomes clear that Assassin’s Creed Chronicles: Russia is not a game you want to be trifling with lest you have some blatant disregard for your blood pressure levels. While the lack of deviation from the first two entries in the Chronicles trilogy is certainly disappointing in many regards, there are however a few elements which have been brought over from previous games that remain worthwhile. 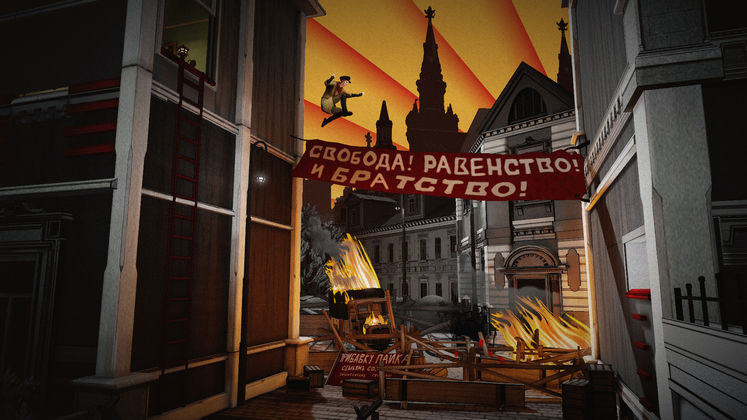 Whatever else might be wrong with Assassin’s Creed Chronicles Russia, it certainly boasts a rather neat visual style

As seen previously, Assassin’s Creed Chronicles Russia allows players to approach each mission with either assassin or shadow play styles. The latter represents a non-lethal, stealth heavy method, while the former embraces a more visceral, assassination focused tact, with the game scoring and rewarding medals and unlockables based on the quality of the player’s approach to each.

Something else that has been carried over from previous games and which also contributes to fortifying the game’s longevity are the secrets and secondary objectives that are scattered throughout each mission. Often requiring the player to deviate from an otherwise linear path, collecting these trinkets such as money to help Orelov pay for his family’s trip away from Russia or a collection of Templar documents, all provide additional unlockable rewards and a real tangible reason to replay previously conquered missions. Additionally, various lore scrolls also litter each map which aside from providing extra incentive to explore, also help to fill in the backstory of the game as well.

Still though, in spite of such strict adherence to an already established formula, this Russian entry in the Chronicles spin-off series does actually do a handful of things a little differently from its predecessors, for better or worse. Aside from poorly conceived sniper sections (I kid you not) and a Batman Arkham inspired grappling hook that can disable electrics, allowing you to disrupt enemy patrol patterns so that you may either slip silently past or assassinate them according to your chosen style of play, arguably the biggest change that Assassin’s Creed Chronicles: Russia brings over its predecessor is the introduction of a second character to control.

A mysterious figure known as Anastasia, she introduces a number of new abilities into the mix that are geared around the blue Helix crystals which appear later on in the game. The first of these abilities is the very handy Helix Blend, which allows Anastasia to instantly vanish and thus thwart the detection of any foes in the vicinity. Another of these abilities worth mentioning is the Helix Dash that allows our heroine to effectively teleport from one area of concealment to another. Sadly though, as is the broader case with the controls, these abilities can be horrendously tricky to pull off, more often than not resulting in a fluke or instant death depending on how lucky you are. In a game where player agency should be prized, such hit and misses are certainly far from being trivial transgressions. 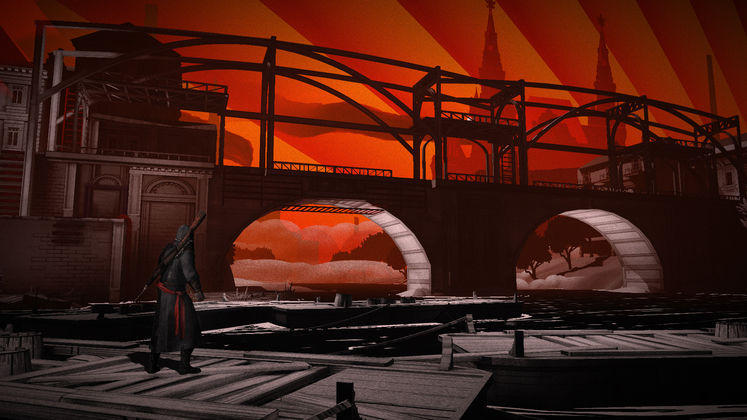 As seen in the China and India games, your Assassin can switch between foreground and background layers when exploring an area

Narratively, Assassin’s Creed Chronicles: Russia ties into the previous games (China far more so than India) but yet it’s still hard to shake the perception that this is a poor man’s Assassin’s Creed, both in terms of scale and depth of plot and characters. Further exacerbating this impression is the voice acting which is unintentionally hilarious at best and ear-gripplingly cringeworthy at worst. Orelov himself is the worst offender as he is given the sort of horrendously wooden and flair-free performance that makes you pine for the performances of the actors of the mainline series.

Technically speaking, Assassin’s Creed Chronicles: Russia is a mostly accomplished mix of simplistic presentation and eye-catching veneers. Brought to life using a mostly monochromatic filter with bursts of red and other colours, while this final entry in the Chronicles series might lack the opulent backgrounds of its Indian predecessor, it still nevertheless remains easy on the eyes for the most part, with comic book style cutscenes also helping to tie the missions together in a suitably attractive fashion.

Ending an enemy with a sneaky assassination before flinging a knife into another for a stylish double-kill. 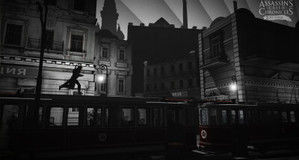