Assassin's Creed Origins: The Hidden Ones

More of the (Awesome) Same 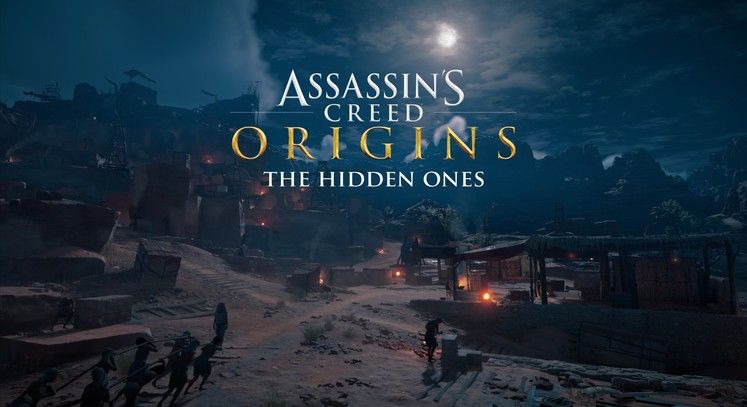 While Assassin’s Creed: Origins was, like the title suggests, an origin story, if we were to equate it with a standard superhero origin film, it sort of ended when the hero gets their iconic suit. The game rather shows the events leading up to the foundation of the Hidden Ones, the proto-Assassin Brotherhood, with the whole founding thing happening in the closing cutscene. The Hidden Ones - the DLC, that is - continues the origin story by showing us one of the first noteworthy acts of the brotherhood.

The Hidden Ones succeeds in avoiding most typical DLC pitfalls. It doesn’t feel like something sliced out of the main game and sold on its own just for nefarious corporate purposes but like an extension of the main game that is its own thing. It has some minor alterations and additions in terms of mechanics but is still definitely Origins. It manages to add to the story in a meaningful way, while not being an absolutely essential part of the narrative thus “forcing” fans to buy into it. 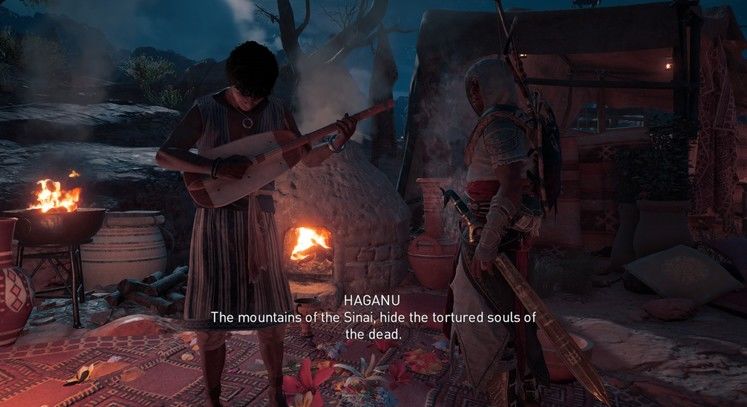 Mechanically, The Hidden Ones is almost identical to the main game. The level cap is raised, each equipment gets additional upgrade tiers and Senu’s perception can be further increased with viewpoints in the Sinai, however all the map markers will be familiar. The map of the DLC is separate from the main map of Egypt, and comprised of four zones, one of which is sea. While zone size varied greatly in Egypt, I’d say the size of the zones in The Hidden Ones is smaller than the average of the main game. This means, on the one hand, that there is less to do, however it also makes the map less cluttered and the prospect of completing everything less daunting. While completing all of Origins prior to the review deadline would have been an impossible task, I ended up getting 100% completion with all achievements after 81 hours of playing. The Hidden Ones, on the other hand, took only 11 to complete entirely with nothing left to do, which is pretty damn good considering other DLCs in the industry at the same price.

That’s not to say The Hidden Ones doesn’t pad. It tries to hide the padding under geographical accuracy and granted, it does work in Ubisoft’s favor, but the density of the mountains on the map make traversal time-consuming in spite of the small size. There are roads, but all of them wind about, and much of the map is dominated by mountains, cliffs and hills. There is a desert down south and a more lush area up north, but you’ll still do a lot of vertical travel while exploring the Sinai. 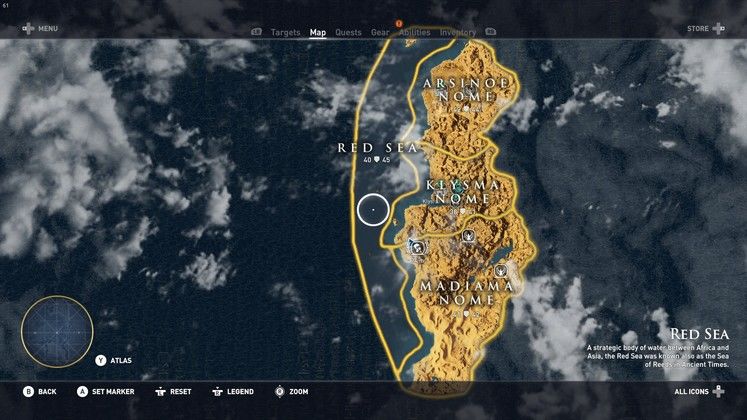 Not all souther points of interest are revealed by the viewpoint, so some actual exploration will be needed.

While not a mechanical difference, one area in which The Hidden Ones improves things over the main game is side quests. While side quests in Origins were already story driven, mostly, some still felt like video game-y excuses to pad things out. The Hidden Ones has a few side quests, but all have a meaningful storyline driving them, and go through funny or interesting phases. One sees you hunting down the writings of a forgetful adventurer who lost his treasure, while another cleverly mixes the Phylakes mechanic from Origins with some unfinished business from the main story. Some also have a vaguely Brotherhood-y feel to them, as Bayek seeks to recruit new members into the Hidden Ones.

Of course, the main draw of this DLC is the story, which continues on from where Origins left off and explores the first years of the Assassins. It’s fairly concise, and speaking too much about it would spoil quite a bit. Overall it isn’t a groundbreaking narrative, however it does get interesting in the third act. The basic framework is familiar - a bunch of The Order of Ancients mooks are doing typical evil-ruler things, and you are tasked with sticking a fancy knife into their throats. Over the course of the DLC, there will be a total of five such encounters, of which only two follow the standard formula of scoping out your target with Senu, killing them, and then confirming the kill to trigger the little cutscene. Ubisoft mixed things up with the others offering more variety in the assassination missions, which was certainly welcome. One case sees Senu ineffective because the target is dressed like all the other Roman captains in the fort, while another is an actual proper boss fight, the likes of which Origins had two of. 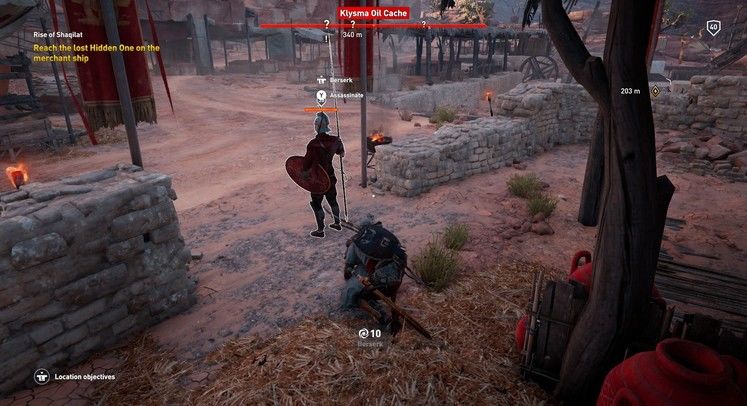 You'll be spilling a lot of Roman blood.

The Hidden Ones also addresses a common gripe people had with Origins. Levelling up via story missions alone was impossible in the main game, as level requirements would jump enough between two main quests to force you into a couple of hours of side quests, exploration and grinding. While this wasn’t an issue for me, as I like to pepper side activities in between main missions anyway, others objected. In The Hidden Ones, main quests reward more than enough XP usually, and even if you do hit a higher level requirement, a single side quest will be enough to tip you over, because they too reward a ton of XP. I hit level 45 halfway through, and after completing everything the DLC had to offer, I acquired 2-3 extra ‘levels’ beyond it too.

Overall, with The Hidden Ones, we have a DLC which “gets it right” basically on all counts. Length, depth, size and improvements over the base game are all in the Goldilocks zone of additional post-launch content. Traipsing through rocky, sandy landscapes and completing odds and ends about the map inbetween major missions felt just as entertaining and rewarding as in the main game, and while The Hidden Ones hardly reinvents the mechanics, it makes improvements where it counts.

Assassin’s Creed Origins: The Hidden Ones doesn’t change much, which isn’t a bad thing considering how good the main game is. It makes small improvements while keeping the same formula, while telling a meaningful story set in a new land as beautiful as ever. Anyone who enjoyed Origins is bound to enjoy The Hidden Ones.

My actual top game moment would be a spoiler, so let’s stick with clearing out an entire Roman camp set up in a quarry with a perfectly timed sequence of ballista shots, picking off guards in order not to alert the others until running out of arrows leaving a single mook across the chasm not knowing why all his mates have been skewered. 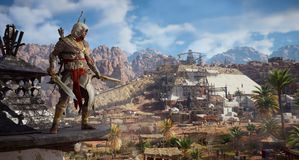