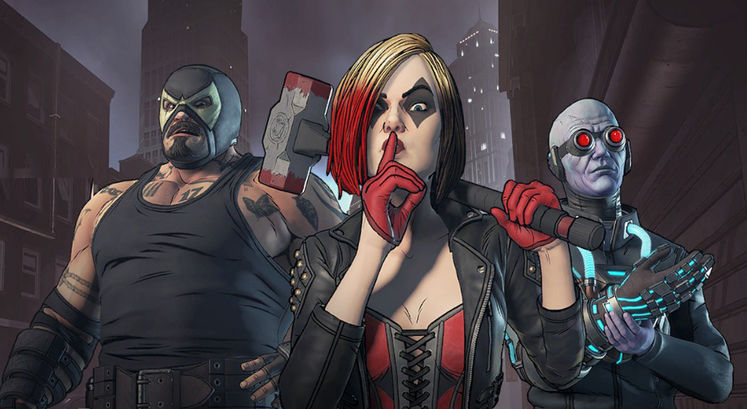 We utterly loved the first episode of Batman’s second season from Telltale Games. It played like a Batman movie where literally anything could happen and no character, no matter how beloved or popular, was safe. ‘The Enemy Within’ is off to a great start then, and we’re hoping that Telltale don’t whiff it with the second episode, ‘The Pact’. It’s got Harley Quinn in it, so it’d be hard to screw it up.

They don’t. It's excellent.

Will Season 2 make it into our list of The Best Batman Games on PC? Review of Batman: The Enemy Within Episode 1 – The Pact! After The Riddler’s rampage in the first episode ended rather unfortunately (spoiler free folks!), Batman, Jim Gordon and head of ‘The Agency’ Amanda Waller have to deal with the rest of the problem: Riddler’s friends, the titular Pact. Batman decides to take his friend “John Doe”, the future Joker, up on his offer to meet the Pact – and hopefully become part of it. Bruce Wayne will have to do whatever it takes to gain the group’s trust – a group that contains Harley Quinn, Bane, Mr Freeze, and the future Joker. So he’s got his work cut out for him. 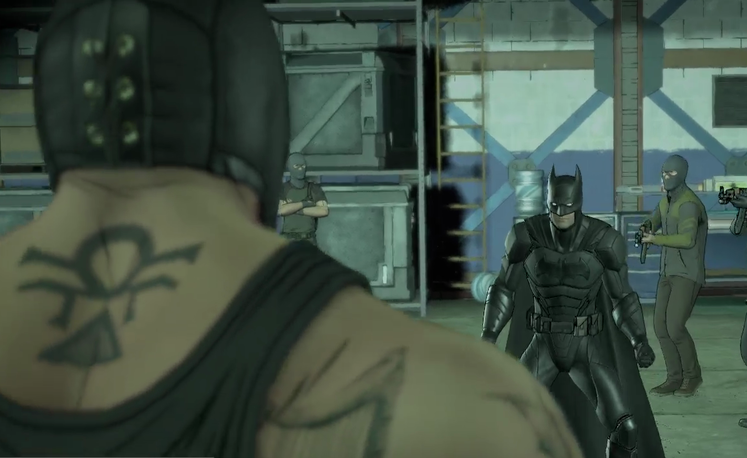 The thing I love most about Telltale’s take on Batman is how, at any point, it can veer completely away from standard Batman canon. In Season 1 for example, Bruce’s father Thomas Wayne turned out to be a gangster and journalist Vicki Vale ended up as the main villain of the series. Riddler in the last episode was introduced as a vigilante, a more violent precursor to Batman. Telltale pick and choose which parts of Batman lore they want to follow and which they want to flip over, and it keeps the story unpredictable – and the game massively satisfying to play.

Case in point: the main villains. I won’t spoil too much (other than Bane having a beard now), but I have to bring up the wonderful new take on Harley Quinn. Traditional Harley, from Batman The Animated Series right up to the Suicide Squad movie, is in an abusive relationship with the Joker, who she’s irrationally in love with and will do anything to please. Telltale’s Harley Quinn, on the other hand, exists before the Joker does. And even better, her relationship with “John Doe”… is flipped. Joker is totally in love with her, and she sweet-talks him into doing things for her. It’s an awesome role reversal, made even better by Harley Quinn being her usual awesome self – except more confident and in charge. Bane and Mr Freeze aren’t too different from the comics so far, but they’re performed wonderfully and make a pretty fun team-up. 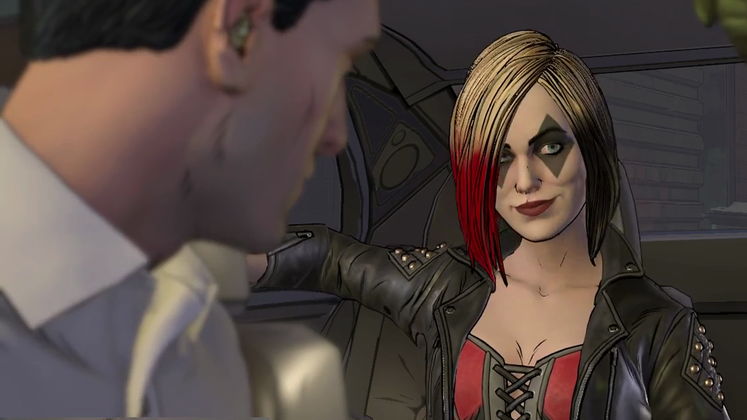 The story continues to be fantastic and goes to some neat places, especially as Bruce Wayne is forced to compromise his principles at every turn to gain the group’s trust. I personally loved the scene where Wayne has to convince Bane, Mr Freeze, Harley and John Doe that he’s trustworthy. However, I did not this episode is also significantly shorter than the first episode, by a full hour – The Enigma took me 2 1/2 hours, whereas The Pact only took me 1 1/2 hours. That’s not necessarily a problem especially when the quality of the story is so good, but it is a bit annoying.

What’s also a bit annoying is how few Batman moments there were. There weren’t any detective moments, and aside from one early epic clash with Bane and his goons (who keep on appearing out of nowhere) there aren’t really any fights either – certainly not any of the awesome ones where you can plan ahead and make choices. In fact, there weren’t many especially cool choices altogether, other than people’s attitudes towards you and one very big decision at the end. We appreciate the subtlety here, but this episode is definitely geared more towards story than anything else.

It may have been down to the fact that we were recording, but we encountered a lot of slowdown and juddering during The Pact. We actually streamed the first episode and didn’t have any problems, so I honestly don’t know. Either way though, it looks shockingly good for a Telltale game. Backgrounds, particularly in the city, are exceptionally detailed, and character models have lovely animation with occasionally great attention to detail – after a big fight, when Bruce Wayne gets back he looks like he’s been in a big fight. 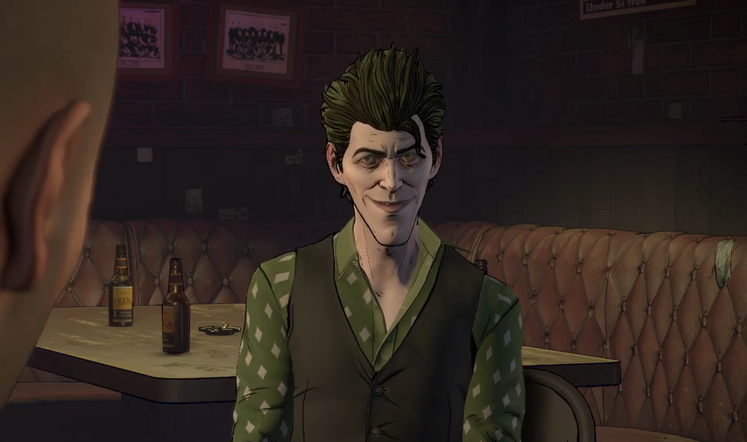 Telltale’s Season 2 of Batman started strong, but it was with Episode 2 where they had to prove they could keep the momentum going. They’ve succeeded. It may be shorter, but The Pact is an exciting session almost entirely devoted to Bruce Wayne chatting with some of the best Batman villains around and trying to get on their good side. If this were a TV show I’d be in rapt attention. It sometimes does indeed feel that story, characters and dialogue came first ahead of choices and gameplay, as most of the decisions are to do with how characters see you rather than anything epic for the most part. Nevertheless, I was thrilled all the way through, and particularly loved Telltale’s wonderful twist on the Harley/Joker relationship. I certainly can’t wait until the next episode. And we still don’t know who the title refers to…

The moment Harley saunters up to your car. You know she’s going to steal the show. And she does.