A licensed game better than the movie it's based on? Believe it

As one of the few developers creating quality movie tie-in games, Avalanche Software has proved that this corner of the market needn’t be comprised only of slapdash products designed to sell on a name alone. Its last effort in a series of Disney licensed games, Toy Story 3: The Video Game, was warmly received by critics and even considered to be ambitious; not a quality that you’d expect for a movie-based game.

While Cars 2: The Video Game isn’t as innovative as its predecessor, it’s nevertheless a well-crafted package that will probably stand out as one of the best film inspired games of the year.


If you’ve ever played a battle-focused racing game such as Mario Kart you’ll know largely what to expect from Cars 2. It’s not an original premise by any means but you can’t really begrudge them this direction given the source material; there’s not much else you can do in car games other than race them and blow them up.

Thankfully, the game does both of these things really well. Driving feels loose and exaggerated but in a way that compliments both the track design and the way the cars in the films move about. The weapons are surprisingly satisfying both to look at and to use though most are analogous to the weaponry found in the Mario Kart games.

The modes of play on offer also sound basic on paper but they too are a lot of fun in practice. You’ve got your standard race mode that can be played both with and without the games wide arrange of weapons. Attack is very similar to Burnout’s super destructive Road Rage with the addition of weapons and Survival plays out very much like Gears of War’s Horde just with wave upon wave of incoming cars.

One of the ways the game stands out in the crowd of battle racers is its surprisingly deep game play. Aside from your standard vehicle actions like accelerate, reverse, boost and fire weapon there are several other manoeuvres you can pull off to help get an edge in races. Building up your boost meter is a big part of this, with midair skill moves, driving on two wheels, drifting and smashing certain objects on the track all attributing to it.

Jumping also factors into this, helping you grab some big air and finding the game’s many alternative routes. You can also flip your car around to take aim at the racers behind you, all the while keeping your forward momentum going. While some of these moves take some practice to pull of in a useful fashion, the learning process provides a good reason to keep coming back for more.

Speaking of longevity, this game has it in spades. For one thing, it seems like every named character in the Cars movies is unlockable for play. The career mode is pretty long too, with six different series of events that will last you several hours each. You’ll get the most out of the game if you partake in multiplayer and, as you’d expect from this genre, split screen is on hand for you and up to three friends or family members to play together. Better yet, every single mode (and two extra ones exclusive to multiplayer) can be experienced with several players. And yes, that includes the career mode.

While the game’s graphics aren’t exactly top tier, as with every other element of Cars 2 they’re still a cut above your typical movie games. The frame rate is rock solid and the weapon effects in particular look really sharp. Best of all are the cars themselves, with their anthromorphic mannerisms of their big screen counterparts captured exceptionally well, even during races.


The only notable downside to Cars 2 is the lack of online play. Given the family unfriendly nature of online gaming services you can understand why Avalanche and Disney didn’t include it. That said, some simple limitations on how players can communicate could have provided a relative straightforward workaround for this problem.

Whatever your feelings about Cars, arguably Pixar’s least popular movie series, you can’t deny the quality of Cars 2: The Video Game. It’s everything that typical movie games aren’t, being fun, content-rich and technically solid. It isn’t the kind of game that “hardcore” gamers should rush out and buy, nor will it permanently convert any super fans of the likes of Mario Kart. But for younger gamers and families who enjoy playing games together, I strongly recommend it.

Whatever your feelings about Cars, arguably Pixar’s least popular movie series, you can’t deny the quality of Cars 2: The Video Game. It’s everything that typical movie games aren’t, being fun, content-rich and technically solid. It isn’t the kind of game that “hardcore” gamers should rush out and buy, nor will it permanently convert any super fans of the likes of Mario Kart. But for younger gamers and families who enjoy playing games together, I strongly recommend it.

For as great as almost every aspect of the game is, the split screen multiplayer is the best way to enjoy everything it has to offer. 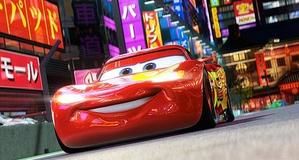