It’s not Hearthstone and that’s why it’s awesome!

I started playing Chronicle: Runescape Legends thinking that it would just be another forgettable Hearthstone rip-off. It’s difficult to look at a card game and avoid comparing it to the incredibly successful Blizzard title however, I was pleasantly surprised by what Jagex had to offer. Chronicle echoes a number of the components utilised in Hearthstone, whilst managing to be a completely different game, bringing something new to the table (quite literally). It introduced me, a fan of Hearthstone, to a new style of gameplay and although I may not want to admit it, I actually really enjoyed it!

It’s not Hearthstone and that’s why it’s awesome!

Upon launching the game, you are prompted to pick a character or ‘Legend’. There are currently five Legends to choose from: Ariane (The Mage), The Raptor (The Tank), Vanescula (The Vampyre), Ozan (The Thief) and Linza (The Blacksmith). The structure of the game is relatively simple: each match consists of a maximum of five chapters, in which players will have the opportunity to use up to four cards (per chapter). These cards have to be selected in advance and both players will have to lock their decisions in before each chapter begins. Most of the game therefore entails you watching your Legend interact with each of your cards alongside your opponent’s Legend, and it’s this style of gameplay that makes Chronicle so fun to play. Not only are you using some of your cards against your opponent, you also have to take into account how they will affect your Legend. Ideally, you will want to chip away at your opponent’s health throughout the game whilst simultaneously building your Legend’s attack. If both Legends are still standing at the end of the game, they will engage in one-on-one combat until one of them falls so you will want to do everything you can to ensure that your Legend is still standing. However, if you play your cards right, you’ll have the opportunity to annihilate your opponent before the end of the game. 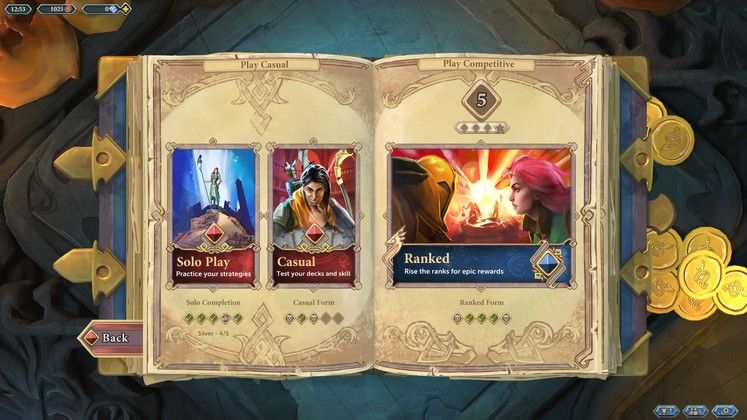 There are four main stats that you should constantly be aware of in Chronicle: Attack (represented by the fire icon), Health (heart), Armour (shield) and Coins. When attacking a card, the creature’s stats will appear at the top of the card and anything that you gain by defeating it will be displayed at the bottom. This information is really important as a poor selection could be detrimental to your entire game plan. Being aware of these stats will help you to manage your Legend’s health and attacks, ensuring that they make it to the end of the match. For example, in the first chapter, it’s very unlikely that you will need ‘Romily Weaklax’ - an ally card that gives you an additional seven points of health. It would make far more sense to pick cards such as ‘Ali Morrisane’ or battle a creature that will drop coins, when defeated. By collecting coins in the early chapters, you will be able to afford some of the more effective cards later on, including cards that will increase your damage - which are particularly expensive. 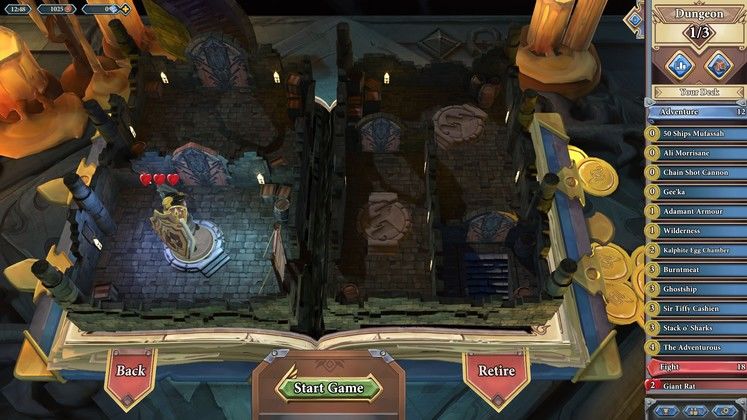 The stakes are high in Dungeoneering.

Decks in Chronicle are structured pretty much identically to Hearthstone, as is deck-building. If you haven’t played either game before, it’s important to note that each deck consists of thirty cards and these cards can be split into general cards (that can be used by any class) and class-specific cards. Each time you play a game, you will earn XP, which will eventually accumulate until you level-up. It’s at this point when you will unlock more cards. Players are also able to purchase booster packs from the store, whether it be using in-game currency that they have earned or real money. There is ‘Dungeoneering’, a high-risk high-reward PvP mode that will only unlock once you hit level 15. In Dungeoneering, the player navigates through a dungeon in order to find loot, battling opponents along the way using a deck drafted from a random set of cards. After you lose for a third time, you will be rewarded based on how many victories you scored. A lot of the community believe that this is the fastest way to build up your card collection without paying for additional packs. However, if you do not feel like betting it all on the Dungeoneering mode, the game will feed you constant ‘Daily Quests’ were you can earn additional in-game currency. These quests are very quick and relatively easy to complete so if you play everyday, this is a great way to fund your thirst for extra packs. Once you reach level twenty, you will also be eligible for weekly ‘Epic Quests’, which are more challenging and take considerably longer to complete. 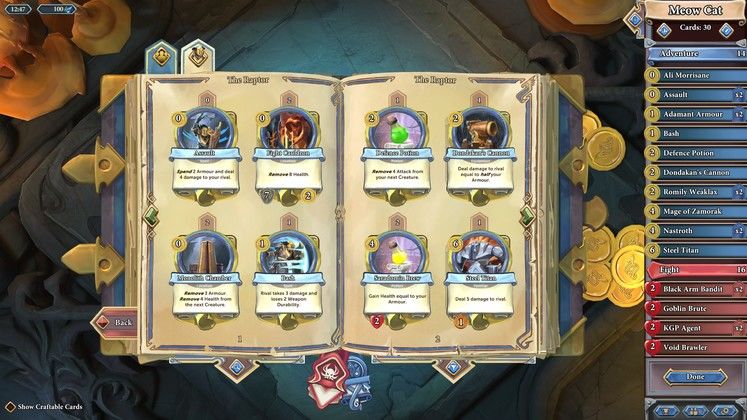 Building a deck is fun and easy.

Furthermore, Chronicle ensures that you have a lot to look at whilst playing the game. Each match unfolds on a 3D board laid across a table, with both your Legend and your opponent’s represented by small figurines. As I mentioned before, these figurines will interact with the characters and creatures depicted in the cards that you choose to place on the board. Your opponent is also sat on the opposite side of the table, circulating through a number of animations of them intensely concentrating on the board. These additions compliment the game’s overall aesthetic but after a while of playing the game, it would be nice to just turn off these animations - particularly the figurines’. The 3D storybook approach is a sweet addition and each chapter provides a nice change of scenery. The music is pretty much what you would expect: a jovial tune in the menus and a track littered with dramatic spikes and overlaid with the Legends’ outbursts in matches. 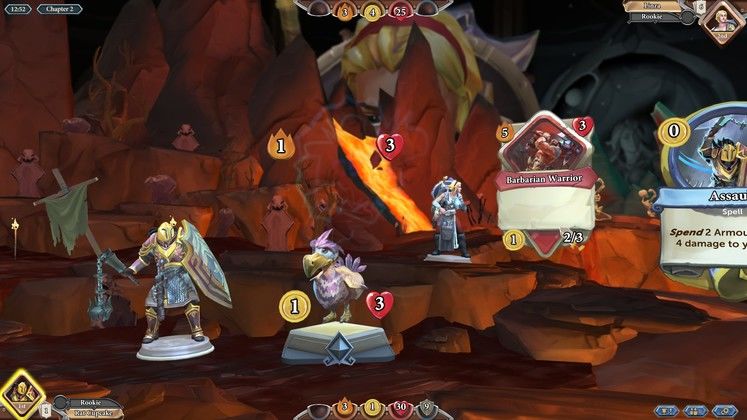 The Raptor is so fun to play.

I managed to try all the Legends but the one that I enjoyed playing as the most was The Raptor. This character is often referred to as ‘the tank’ and his most successful strategy utilizes cards that enable you to stack armour and attack. I found that in the majority of ranked games that I played, opponents that put pressure on The Raptor early had a much easier time beating him. He has a number of starter cards that enable him to gain a substantial amount of armour, with one of them, entitled ‘Void Brawler’, allowing you to sacrifice six points of health for eight points in armour. That being said, all of the Legends were really fun to play and building custom decks with the cards that I unlocked by playing the Solo, Casual and Ranked modes was very straightforward. 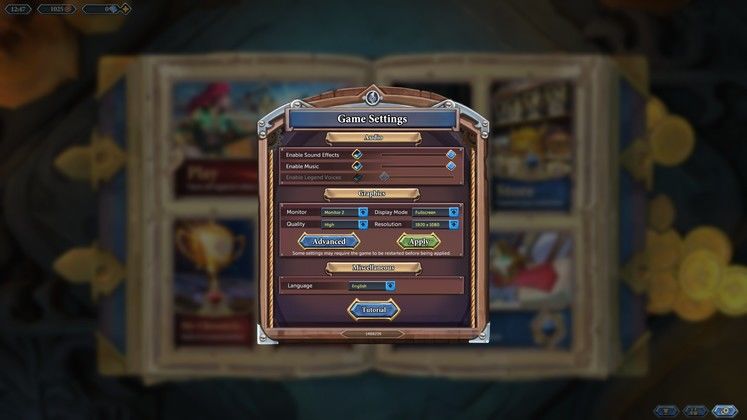 Before playing Chronicle: Runescape Legends I had absolutely no interest in the game at all but now that I’ve tried it, I definitely want to continue playing. The game feels completely different to Hearthstone and that’s what makes it feel so refreshing. Stacking some of the temporary buffs by lining up four cards at a time feels both rewarding and fun and it’s an interesting way to shake up a traditional card game. Building a good basic deck is incredibly easy and I didn’t once feel that I had lost against an opponent simply because they had better cards than me. I enjoyed balancing my Legend’s bank of coins, health and armour and particularly relished the games where I headed into the one vs. one combat at maximum health, armour and a high level of attack.

Whether you’re a big Hearthstone fan or have never played a card game before, this one is definitely worth checking out!

Stacking my cards and beating the opponent in the second chapter of a ranked match. 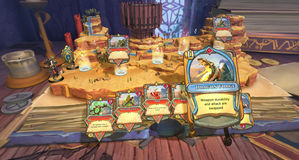