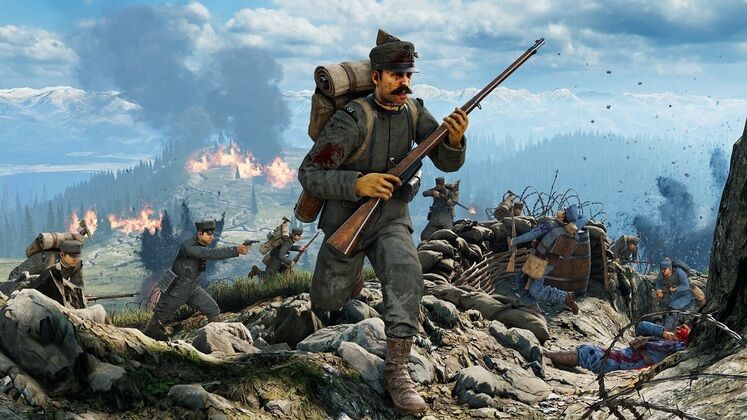 If you’ve played WWI: Verdun or Tannenberg, you’ll already be familiar with Blackmill Games’ unique take on the FPS genre. Its series is more about historical accuracy than bombastic fun, which is great of course, but often leaves its games feeling somewhat lacking for fans of more mainstream shooters. Isonzo is no different, presenting a no-frills war game set on the Italian Front between 1915 and 1917.

Taking control of either the Italians or the Austro-Hungarian forces, you’ll engage in bloody trench warfare to take territory and hold it against the enemy. As with other titles in the series, Isonzo takes war seriously. While it’s perfectly possible to make a daring run through enemy fire and reach cover unscathed, or pop up from behind a waist-high wall and burst an opponent’s head amidst a hail of gunfire, you won’t be doing it very often, and it won’t feel much like Call of Duty when you do.

Bullets act like bullets here (mostly), and if you take a direct hit in a critical spot you’re dead instantly. Grazing shots won’t always kill you, and you can heal yourself or be healed by a teammate, but standing around in the open or taking too many chances won’t do you any favours. 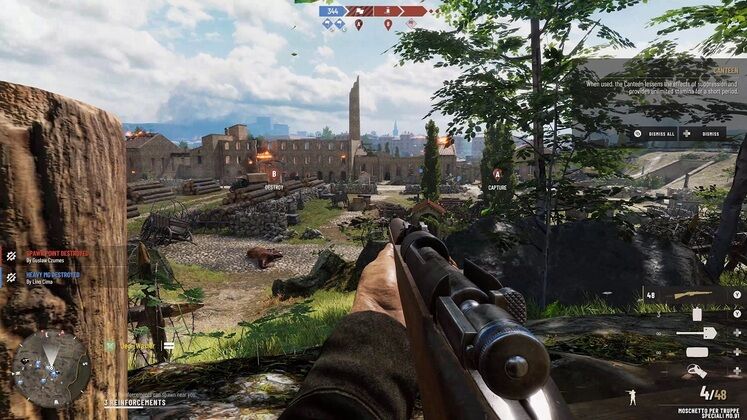 Large-scale warfare and realism don’t often mix in an FPS. They do in Isonzo.

That said, the onus here is on tactical thinking and patient advancement. There’s no campaign, with the primary game mode being either attacking or defending key points on huge, sprawling maps. If you’re offline, players will be replaced by AI bots. Progress across the map is slow and methodical, as you erect spawn points, install and remove defences such as barbed wire fences and sandbags, or work as a team to gain ground.

Charging across open ground is as constructive as swallowing a live grenade, and often has roughly the same result. The only way to succeed is to capture strategic points or disable enemy defences. A conflict usually explored only by large-scale tactical games, the First World War was a series of brutal, bloody engagements that saw casualties of an unprecedented number on all sides. Isonzo aims to recreate that, warts and all, in the name of realism.

Guns are slow to load, and many can’t be reloaded at all until they’re empty. You won’t be running around with multiple guns in magic holsters, either, so if you’re cornered and out of ammo the simple fact is that you’re going to die. You won’t last long with melee combat against more than one enemy. Although, the AI bots are hardly clever, and will often traipse round corners in single file to eagerly accept your headshots. They are pretty accurate though, and once they spot you will be fairly relentless in their quest to redecorate your forehead. 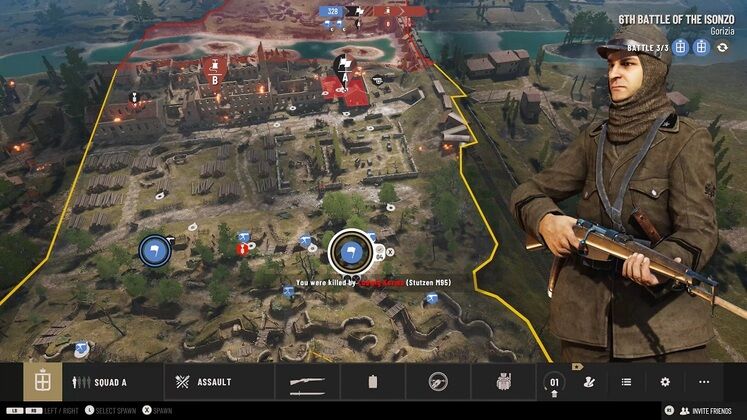 It can be incredibly satisfying to find a decent vantage point

Playing with and against other people is the true game, here. Coordinating your advance, sacrificing one or two players to distract the enemy, laying down effective covering fire - these things can be done with humans, but not with the AI.

While Blackmill Games has taken pains to recreate the battlefields, weaponry, uniforms and tactics, realism takes a hit in other areas. There’s no friendly fire, for instance, and only one face and uniform per class until you begin to level up, meaning you’ll see large squads of identical soldiers trooping towards you. It’s nice to hear soldiers speaking their native language, which adds some authenticity, but it can be difficult to appreciate touches like this when you’re bleeding out behind a sandbag wall.

Likewise, having realistic guns can be something of a pace-killer. Most of the classes feel very similar, as do the weapons. Playing as a Marksman with a sniper rifle was a great change of pace - and was the class I became most attached to - but even this has its drawbacks. While it’s satisfying to find a vantage point and pop heads at a distance, it’s less satisfying in the trenches with a rifle that takes a few heartbeats too long to bring to bear. With no handy sidearm to pull out in a pinch, the odds will quickly shift against you. 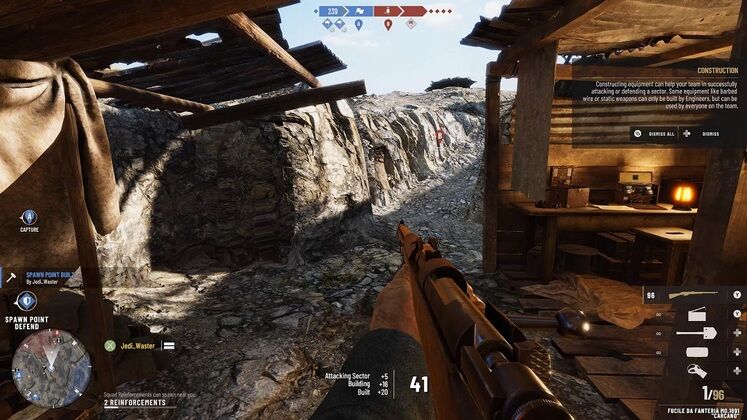 Building and deploying defences is as important as nailing headshots.

Isonzo is a very niche title, designed to appeal to a very specific subset of gamers. It’s a graphical step up from Tannenberg, recreating the woods and mountainsides of the Italian Front with fine detail and an air of authenticity. It’s certainly atmospheric, too, and offers some truly tense moments. But a lack of game modes means a lack of variety and what’s here quickly becomes stale.

Blackmill’s dedication to historical accuracy is commendable, but it’s far better suited to tactical war games than first-person shooters. Isonzo’s plodding pace is an unavoidable byproduct of its setting and even if you appreciate the attention to detail, fans of modern FPS games may struggle to find anything here worth capturing. Followers of the franchise, however, will celebrate another opportunity to relive the horror and camaraderie of the War to End All Wars. 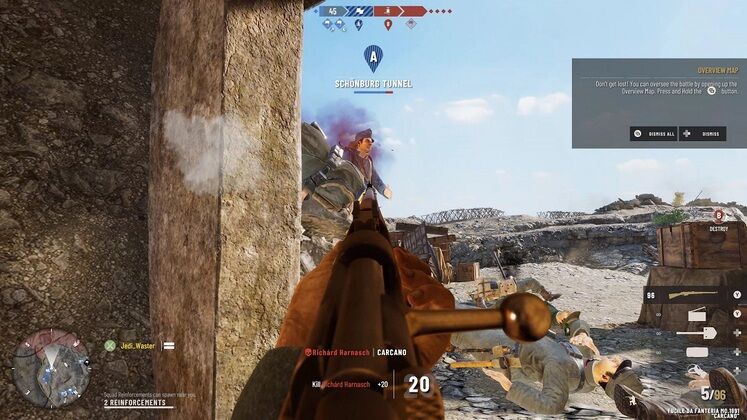 Isonzo has numerous options to adjust the graphics, and reduce motion blur and vibration. You can adjust the size of the UI, and it plays as well with a mouse & keyboard as it does on a controller.

Blackmill Games’ dedication to history and realism is certainly commendable, but the result is a game that will only appeal to a very select audience. That said, Isonzo is capable of producing some incredibly tense and atmospheric gameplay.

Finding a comfortable vantage point to cover your advancing squad mates through a hail of gunfire and smoke. 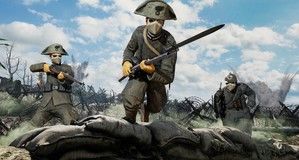