I wince as my poorly-aimed volley of ice shards neatly slices my companion into pieces. There’s an unpleasant silence. With some trepidation, I tap the revive button, and my yellow-robed, mute companion springs back to life. He stares at me for a moment, quietly judging my ill-considered action. Then he bops me on the head with a mallet, neatly flipping me off the stone bridge I’m perched on, and into the unforgiving blackness of the abyss. No video game series celebrates the art of the team-kill quite as spectacularly as Magicka.

Developer Pieces Entertainment have taken over the reins from Arrowhead for the sequel to 2011’s cult spell slinger, and though the original game’s winning blend of gratuitous friendly fire, cheeky humour and elemental spell cocktails remain, there’s been a few key changes that make for a slicker, more responsive experience.

One major change us that you can now move while casting your spells, which ramps up the pace of the game considerably. Rather than having to meekly stand there typing in a spell combination while a goblin makes mincemeat of your lower intestines, you can now fire off a burst of scalding steam as you dance away, cackling like a maniac. Not that the difficulty has been lowered all that much by this newfound freedom of movement; enemies will charge at you mercilessly, and it only takes a slip of a thumb on the controller (you can still play with the keyboard, but Magicka 2 controls far better with a decent pad) for them to stomp you into pieces.

Particularly nasty enemy types have their own dirty tricks. One mid-game regular likes to summon a wall of stone behind you to cut off your retreat, then charge full-pelt at you with axe in hand. The big crabs you’ll run into early on are invulnerable to attacks from the front, and require you to either freeze them in place, or act as a distraction while a buddy flanks them. Though there’s definitely a more than fair number of suicidal lunatics amongst them, the total roster of enemies is far more extensive than the first game. Don’t worry, it’s not another ten or so hours of blasting goblins into bloody chunks. 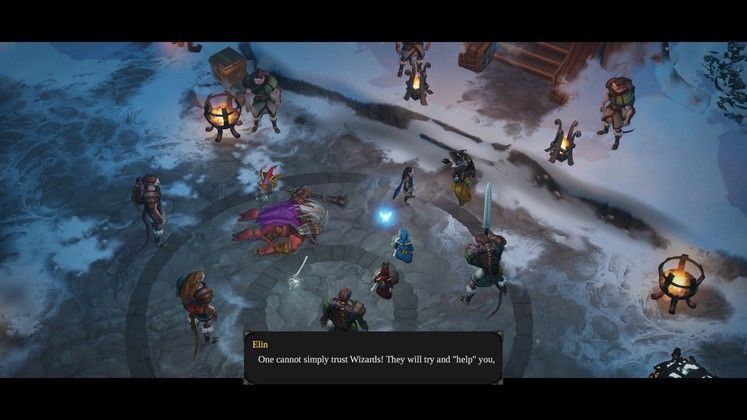 You will be doing that a lot, of course. Magicka 2 doesn’t change up its magic system too much, largely relying on the same blend of elemental experimentation and baffling button combinations to generate that entirely unique blend of slapstick lunacy. As before you can mix together various elements to create wildly differing effects; you might slap together a fire and water spell, for example, to produce a nasty gout of steam (in one of my favourite visual flourishes in the game, enemy crabs defeated this way turn a satisfying shade of scarlet), while mixing earth, shield and fire, then popping an area cast, creates a wall of flaming stone around you. Once you’ve queued up your spells, you can choose to cast them as ranged attacks, buff up your main-hand weapon, convert them into area affect spells, or cast them directly on yourself. There’s an unholy amount of possible spell combinations to find, even taking into account some inevitable duplication.

The first game ultimately suffered when you trained your fingers to quickly tap in a few blockbuster spells, like an unholy steam-lightning-deathray combo - rendering most combat encounters far too easy. Magicka 2 removes these ultimate combinations, stripping your spell options back (very slightly) to eight core elements, no combination of which stands out as obviously overpowered. This encourages experimentation and adaptation, rather than simply spamming a few reliable attacks.

In another nice touch, some of your standby options – revive, haste, push and so on – are mapped to specific keys, each set on cooldown. This saves you from messing up an important revive in the thick of combat. Hardcore Magicka players might scoff at such flagrant user-friendliness, but I think it’s a fair compromise that’s acceptable given the faster pace of the sequel. There’s been a definite swing towards action RPG responsiveness in Magicka 2, which makes the game smoother to play and easier to get to grips with. 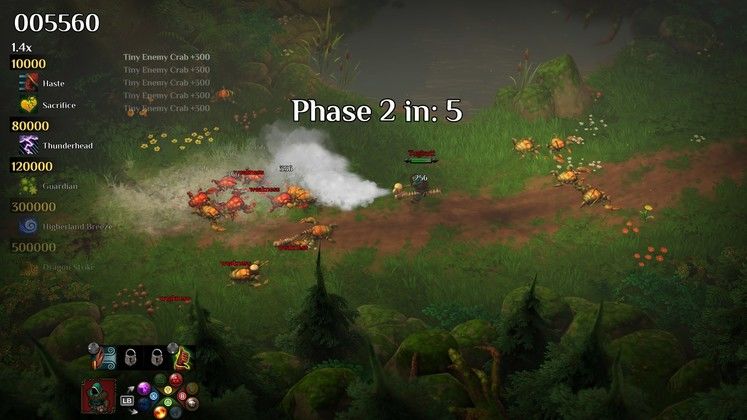 The story campaign will last you six hours or so, a largely enjoyable fantasy romp with tongue firmly set in cheek. Expect pop culture references, goofy faux-Scandinavian burbling, and rampant silliness. It occasionally threatens to become a bit much, but in the end it’s hard to turn against a game that features, as your mentor, a murderous vampire who carries an array of comedy props to fit in place of his missing hand. There’s some nice and colourful environments to visit, some tricky boss fights, and plenty of unlockables to hunt down.

In fact, the fun really begins once you’ve completed the game. Throughout your playthrough you’ll unlock new staves, new robes, and new weapons, which each mix your stats around in interesting ways. Even better, you’ll unlock new ‘Artefacts’, special modifiers that can be used to completely mess with the way the game plays. Usable in both the campaign mode and the extensive Challenge levels, these range from simple damage and health buffs, to insane teleportation rules, comedy laugh-tracks, and more. It’s essentially like having your own simple set of mod tools. It’s wonderful fun, and it’s going to be a huge coup for Magicka 2 going forward. There’s buckets of potential here.

Theoretically you could play Magicka 2 solo, but you’d have to be pretty persistent to do so. Levels are clearly designed with multiple players in mind, so every now and then you get a situation that’s teeth-grindingly frustrating to handle on your own. Enemies, aside from the occasional mage, tend to run straight towards you; without the distraction of three other robed idiots scampering about, that tends to result in a score of goblins slowly knifing you to pieces while you backpedal madly, cursing and trying to get the right combination together for a fireball. Even with friends, there are spots where the difficulty level spikes up harshly. One encounter in particular, with a combination of poison-spitting plants and ice-crabs that freeze you in place, made me want to hurl my computer down the deepest, darkest hole I could find. 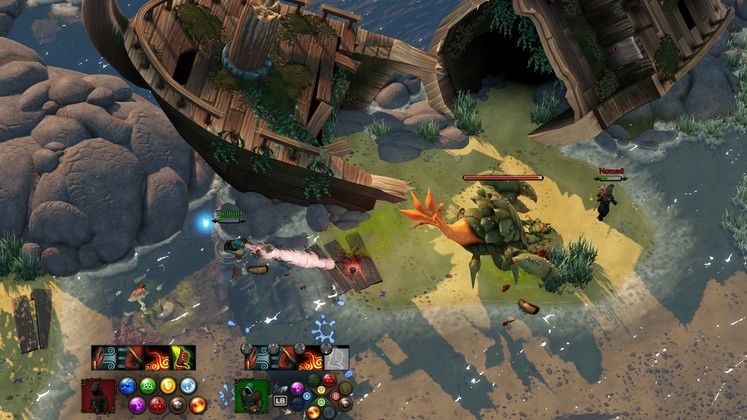 An improved graphics engine makes for some attractive, colourful levels. There are secrets to find round every corner

Such moments are rare, thankfully, and most issues disappear once you hire another robed miscreant to accompany you/become the subject of your misplaced fireball attacks. Fortunately the simple drop-in multiplayer seems reliable, with none of the jankiness, crashes and connection issues that plagued the original Magicka at launch. As of this review, of course, the servers haven’t been exposed to heavy traffic, so I can’t make any promises as to their stability post-launch; what I can say is that I have not encountered any major problems so far.

Magicka 2 offers a smoother, more comfortable experience than its predecessor, but that doesn’t mean the series has lost its signature charm. It’s still insane, madcap fun, that somehow manages to make an absolutely unintuitive control system into a strength rather than a weakness. Played as a drop-in multiplayer game, it’s an entertaining, amusing hack and slash. With a group of friends, it’s an absolute riot.

All you need is a death magic buffing Skeleton Staff and a giant, necrotic laser spell to have a damned good time. 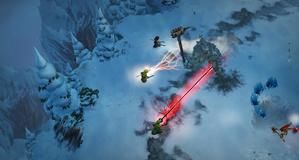