If you have never played a Mega Man game before, then really, the Mega Man Legacy Collection is both the best and worst place to start. It’s the best because it’s a deft curation of the first six 8-bit Mega Man titles to be released but it’s also the worst because, well, they’re all horrendously difficult. That said, this is Mega Man and in its Legacy Collection form, Capcom have presented the founding titles of the series in a definitive fashion for both new starters and veterans alike. For the former though; sit down, grip the pad tightly (you will need one) and let the Japanese developer take you to school.

If you’re unfamiliar with the games, all six of the Mega Man titles represented in the Legacy Collection, spanning the years between 1987 and 1993, are side-scrolling action platformers with an emphasis on pixel-perfect leaps and perfectly timed attacks. More than that though, the Capcom developed efforts wrapped thematically unique levels around this premise in addition to the fostering of a non-linear approach that was quite unique for its day. 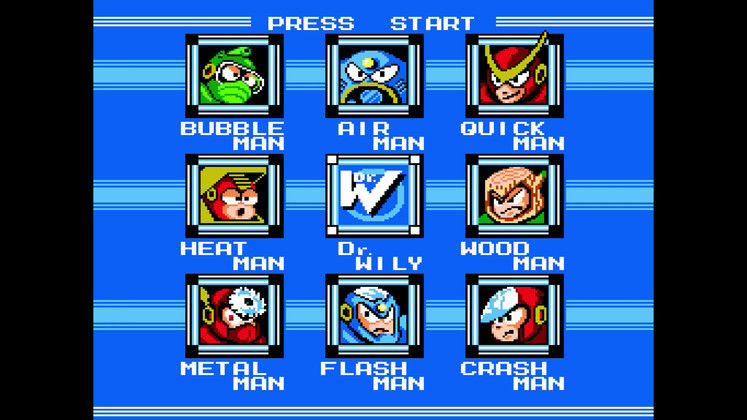 Being able to choose your stage is a welcome feature, especially if you find yourself dying over and over again on a particular one

The goal of the Mega Man games is to thwart a group of bosses called Robot Masters before taking on perennial series villain, Dr. Wiley. The manner in which you tackle each of the masters however, is entirely up to you, though there are tangible benefits to nailing them in a sensible order. You see, once you have vanquished each Robot Master, you obtain their weapon which can then be employed against other bosses and it’s here that the notion of priority creeps in, as some bosses take more damage from certain weapons than others.

Newer folks looking to gradually increase the difficultly though based on the choice of boss and level, might be a little disappointed to discover that the whole thing is a process of self-discovery because, simply, the games do not tell you where one boss, or stage, is more difficult than another. It’s this sort of trial by fire attitude which has been synonymous to the Mega Man franchise for nearly thirty years and which permeates the gameplay throughout all six games seen in the Legacy Collection.

Ultimately, referring to the Mega Man games as ‘action platformers’ is selling them somewhat short, since the sheer amount of mastery which is required to even successfully complete a single level is really quite substantial. As well as memorising enemy attack patterns, these games demand that players know the layouts of each level from front to back (especially the locations of those instant death spikes and pits) in addition to a fostering thorough understanding of the mechanics of each very different and staunchly challenging boss encounter. Of course, all of this is dependent upon the player developing high-caliber pixel-perfect platforming skills too, so as should be clear by now, the Mega Man games are not for the faint of thumb. 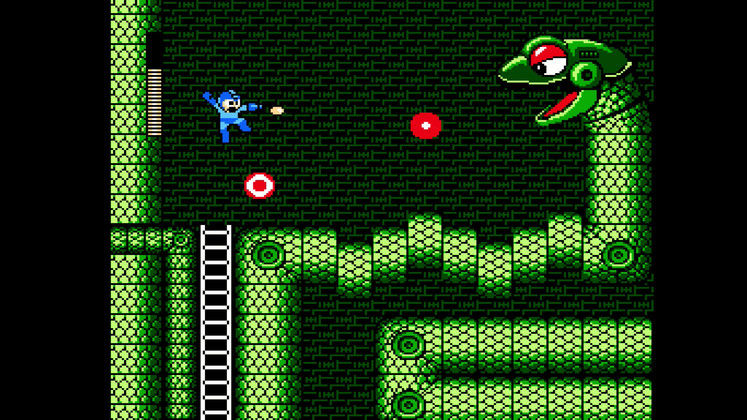 The upside of such well-constructed challenges is that the feeling of satisfaction when overcoming it is practically unmatched. Whether that’s taking down a boss, uncovering a secret area or even just getting a little further in a level that has had you chewing on your fist previously, the feeling of triumph that the Mega Man games bestow on the player is its own best reward when weighed against the series trademark difficulty.

In terms of the individual entries themselves, folks who are new to the series might want to start not with the intensely unforgiving original game, but instead with its immediate sequel, Mega Man 2, as that game boasts arguably better constructed levels with a far more nuanced and developed difficulty curve.

Of course, a save state feature offsets the difficulty quite nicely (especially for those unscrupulous types who might abuse the function) however the actual implementation of the save state functionality is quite flawed. While it functions just fine on Mega Man 4-6, any attempt made to recall your saved progress in the first three older titles results in the Legacy Collection either corrupting the original save trying to recall it, or, loading up a save state which takes place at the beginning of the game, devoid of all progress previously made. It’s frustrating, far from ideal and I really hope it gets patched swiftly.

In assembling the 8-bit NES Mega Man games into a single collection, Capcom have been keen to leave the visual and audio presentation of each game largely untouched. Indeed, in resisting the temptation to remake the base assets in these classic titles, Capcom have made the right call in keeping the original retro visuals intact; merely having them appear in a higher resolution to preserve their original charm. In fact, other than the option to alter the display ratio, there is very little in the way of visual customisation that the Mega Man Legacy Collection permits. 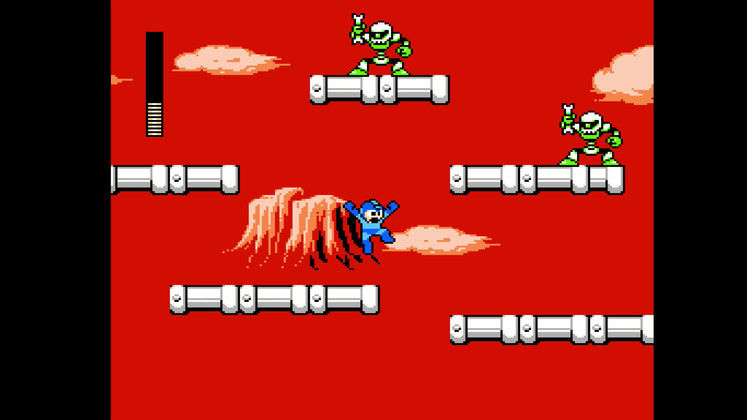 Each of the half-dozen games on offer is highly challenging. Expect hair follicle damage before the end credits roll

What Capcom have brought to the table for the Mega Man Legacy Collection though, is a Challenge Mode where players can tackle specially curated sections from each Mega Man game against a timer. As well as benefitting newer players in aiding their familiarity with troublesome areas, it’s clear that this addition is also intended to light a fire under the speedrunning community as well. Throw online leaderboard and video replay functionality into the mix and it becomes obvious that the Challenge Mode gives these 8-bit era Mega Man titles far greater mileage than their original remit entailed.

Another welcome addition that Capcom have crafted for the Mega Man Legacy Collection is the Museum Mode. Effectively a repository of classic artworks and never before seen assets for each of the six titles featured in the compilation, the Museum Mode stands a neat and insightful extra for fans of the series which further reinforces Capcom’s respectful treatment of their Mega Man heritage.

For both longtime fans of the series and newcomers experiencing the struggle against the nefarious Dr. Wily for the first time, what Capcom have essentially wrought with the Mega Man Legacy Collection is a consummate assembly of the franchise’s 8-bit era outings. Brought back to life in their original retro splendour and meaningfully augmented by both a longevity expanding challenge mode and a museum mode that files the depths of the series considerable history, minor flaws and a crushing, yet tolerable, difficulty are not enough to dull the enduring appeal of this great collection of titles from yesteryear.

Defeating the Bubble Man boss after dying over and over (and over) again. 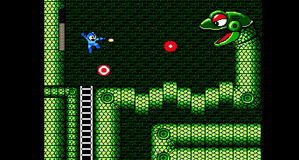