Nobody Saves the World

No Such Thing As Too Many Forms 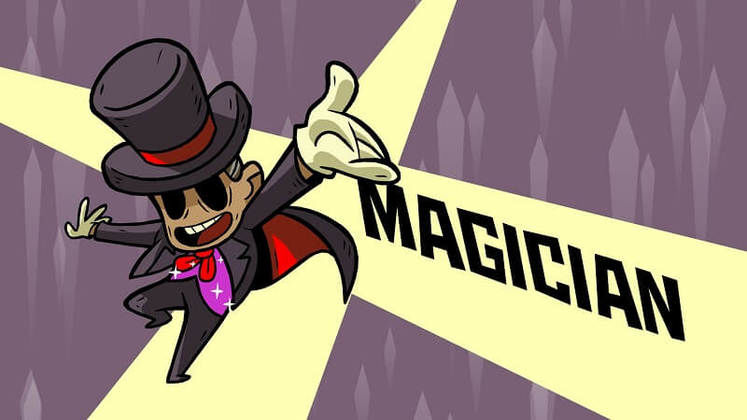 Action-RPGs usually put you in the role of a sword-brandishing warrior or a frail mage, locking you to one class for the entirety of a playthrough. Nobody Saves the World doesn’t even give you pants before you head out to battle the very ominous-sounding Calamity. It does, however, equip you with a magic wand that enables you to switch between multiple forms on the fly.

Think of them as lite versions of classes that include traditional archetypes like knight or rogue, but also let you vanquish unspeakable evil as a tiny slug, zombie, or a magician with an army of ravenous bunnies waiting to spring out from his hat and chew foes to death.

Each form comes with a signature active and passive ability, some of them also having an added bonus, like the goo trail left behind by the slug, which slows down enemies who chase you. You can stick to the given abilities you unlock as you rank up or, after a point in the main story, put together a build using abilities from all available forms. Getting access to new characters to morph into happens at a consistent pace, relying on ranking up certain forms by completing their quests. 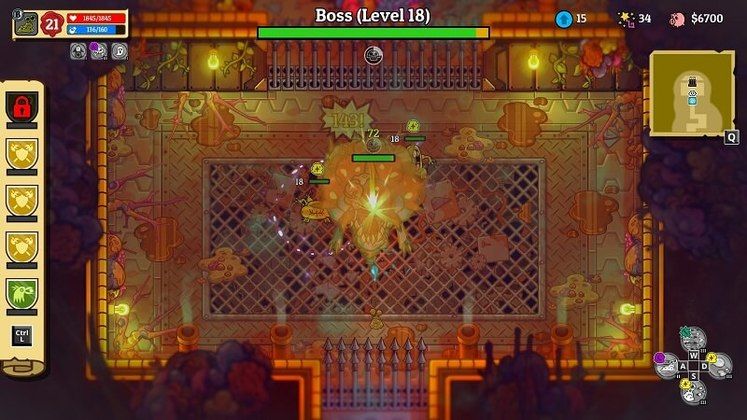 “Although their layouts shift every time you enter, persistent tile sets and different enemy combinations give each of them enough personality that they never feel tedious.”

Enemy wards are another reason to experiment with your build. The enemies you encounter in the open world can be damaged with any ability but, as soon as you step into dungeons, you’ll find that some are invulnerable unless you first hit them with one of four specific damage types.

Each dungeon has its own combination of wards and enemy types which do require tinkering with your form and abilities. A melee-heavy fighter might not be the ideal choice when dealing with one too many exploding skulls.

In the game’s main six dungeons, your form quest progress is locked, so you’re less inclined to work towards completing them and can focus solely on using characters strategically. You can, however, still progress general quests and increase your overall level, which boosts stats like health, damage, and resistances by a set amount.

Your search for the five magical shards that are key to stopping the Calamity inevitably takes you through the bowels of multiple procedurally generated dungeons that also come with modifiers like exploding corpses or higher melee crit chance. Although their layouts shift every time you enter, persistent tile sets and different enemy combinations give each of them enough personality that they never feel tedious. 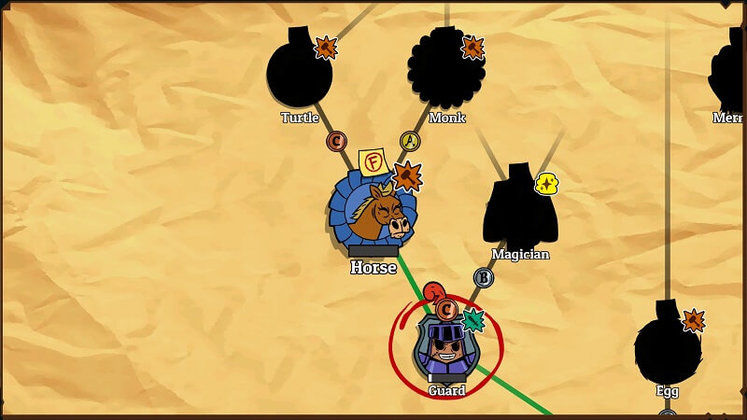 The Ancient Robot dungeon, for example, had the two affixes above alongside many enemies with wards that could only be broken by sharp and light damage. After failing a couple of times, I switched to an approach involving the slug form and its slowing trail. Its signature attack deals light-type damage, to which I attached the Ranger’s own flurry of arrows for added sharp damage.

My passives granted me bonus critical damage against status afflicted opponents, while giving my attacks the power to build both poison – for damage over time – and fear effects, which kept enemies away. Thus, I pretty much ensured I could handle the packs from a distance while avoiding the exploding corpses. Even if it came at a cost of moving backwards a whole lot when things got intense, getting the build to work felt awesome.

Tinkering with builds may sound complicated, but putting stuff together is quite simple, since it never really involves number crunching. My one complaint is tied to the limited number of form slots you can assign to your quick menu and how there doesn’t seem to be a way to manually shift them around.

It’s not great to want to switch to the monk, for its quick melee attack, only to realize it was replaced by another form that’s less useful or which you just used to complete a quest earlier. 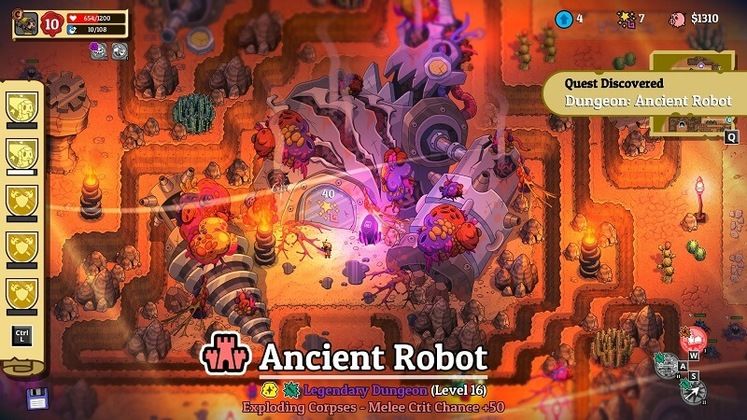 “If you have to step away, Nobody Saves the World’s pick-up-and-play nature makes it perfectly viable to beat in shorter sessions.”

Combat mainly revolves around using your signature attack as your main way of restoring mana, which you then spend on your other abilities. Nobody Saves the World lets you pick up to four active and four passives when you’ve ranked up a form enough times.

The possibility of switching between characters on the fly increases the effective number of abilities you can access, even if the action of switching can be awkward to pull off in the midst of battle, at least when using a keyboard and mouse. The developers do, admittedly, recommend playing the game with a controller.

You can have a setup that covers different playstyles, from full-on damage dealer, to AoE crowd controller, and summoner. You can also opt for a more hybrid approach, using a potent direct attack, alongside a stomp that pushes back and damages enemies in an area around you, alongside an infectious bite that turns dead enemies into zombies. This approach also counters different types of wards, usually, but you’re ultimately free to pick your playstyle.

You’ll encounter quite a few enemy types that often use one or two attacks, so they’re individually easy to track. Gelatinous beasts leave behind massive puddles of poison, summoners use minions as meatshields, while muscular, headless warriors charge forward before taking a few seconds to rest. At the same time, you’ll often be outnumbered and boss fights, in particular, can become quite chaotic without having much that’s memorable to them. 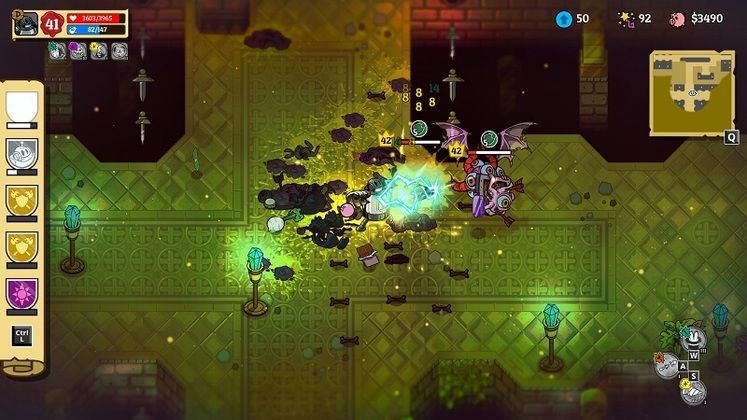 Since targeted attacks launch in the direction your character is facing, some forms will take a bit longer to get used to, at least when playing with a keyboard and mouse. This did lead to a handful of annoying deaths that prompted me to restart dungeons since checkpoints only activate upon reaching the boss room at the end.

When dungeons teeter on the brink of frustration, all you need to do is reconsider your build or level up your overall rank for some flat stat boosts. If you have to step away, Nobody Saves the World’s pick-up-and-play nature makes it perfectly viable to beat in shorter sessions.

While visually, the game taps into a similarly colorful, cartoonish style as the developer’s Guacamelee! series, it doesn’t have as many distinctive elements that set it apart, blending in with the crowd a little too much. Its humor doesn’t land all that often, either, while its story and electro-infused soundtrack aren’t anything to write home about. 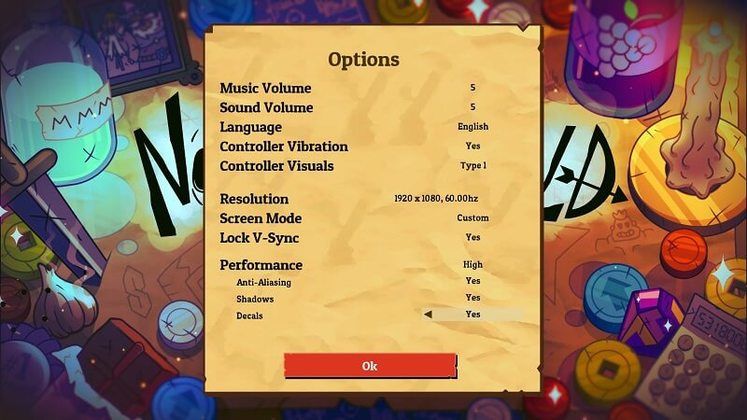 On an i7-8700K, 16 GB RAM, Nvidia RTX 3080@1080P Nobody Saves the World ran pretty much flawlessly, with the briefest of frame drops when first entering a few of its dungeons. 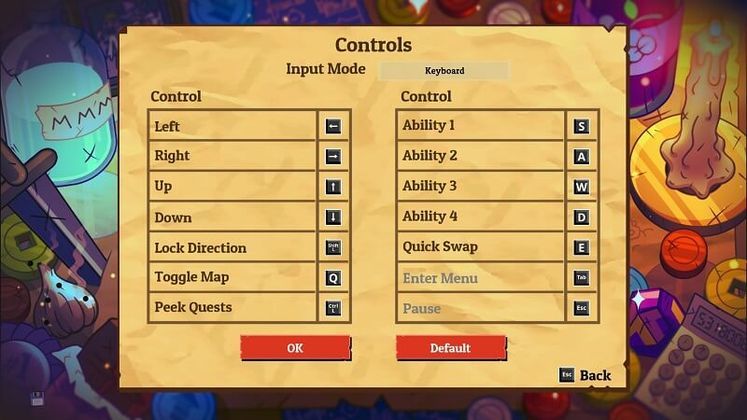 At launch, rebindable keys are the closest thing to accessibility settings in Nobody Saves the World.

NOBODY SAVES THE WORLD VERDICT

Nobody Saves the World’s form switching and punchy, responsive combat carries the game where its other elements let it down. The star of the show is its surprisingly dynamic twist on aRPG mechanics that makes figuring out builds to counter the dangers of its dungeons rewarding enough to warrant spending 20+ hours killing monsters and helping its sometimes oddball NPCs.

Nobody Saves the World Essentials 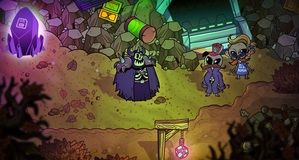