XCOM: Enemy Unknown meets Mission: Impossible! But not as good as that pitch suggests

If there’s one type of game we’re absolute suckers for, it’s an XCOM-style turn-based strategy. While Firaxis’ XCOM: Enemy Unknown has flaws, it’s a fun, intense, and dare we say it - fast-paced take on a classic game. We’ll take any game that riffs on it.

Developer CreativeForge has already applied the XCOM style to the Wild West with 2015’s Hard West, and now we’ve got the same thing with spies - Mission: Impossible, James Bond, Austin Powers: International Man of Mystery, the works. That’s also exactly the kind of game we want. XCOM: Enemy Unknown just with a Mission: Impossible-style spy agency? Hell yes. However, Phantom Doctrine isn’t quite as good as the premise demands. 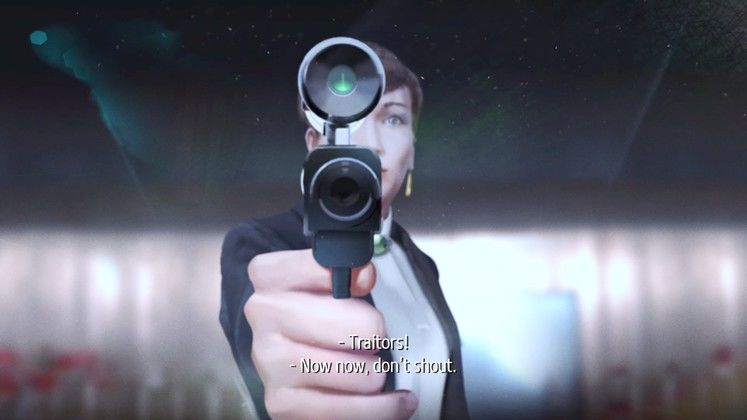 Let’s start with the story. There is one, but I couldn’t tell you what it was about. It was only when the characters mentioned Cabal that I realised that was the organisation you’re controlling, with Aguirre apparently the bad guys? We love storytelling in games, but Phantom Doctrine makes it very easy to ignore. Cutscenes are basic hand-drawn affairs or voiceless CGI, and most of the storytelling is done over comms while you’re concentrating on playing the game. We’re proud that the game came first, but we were paying attention and we have no idea what the “rich gripping plot” (quote from the game’s Steam page) is about.

Much like in XCOM there are two sides to Phantom Doctrine - the base, and the encounters. The base is actually my favourite part, although like all of the game it’s not without frustration. There’s no real base expansion, just upgrades, although there’s a Danger meter that when filled requires that you move your base to another location. Items can be bought or crafted, and agents can be hired, healed or upgraded. We did love the investigations, where there’s a pin-board covered in clues (picked up from missions) and you have to piece the evidence together to crack the case. 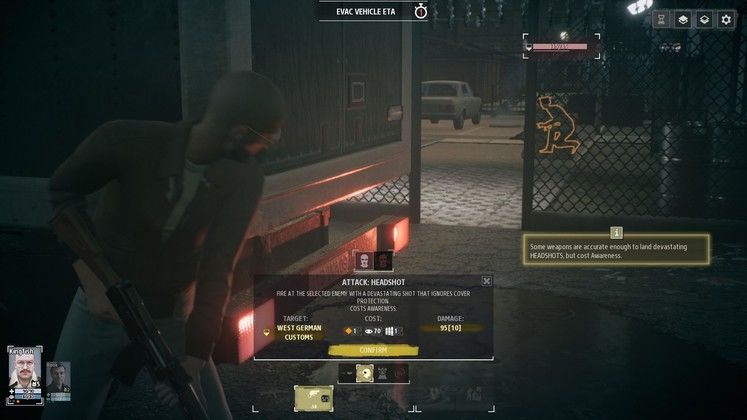 As usual, it’s the map that hides the real game. You get various locations around the world, which as time goes by become hotspots that you have to send agents to investigate. Sometimes nothing happens, otherwise an investigation could happen. These could proceed without incident, or you might be discovered and have to initiate a combat encounter. It is possible to avoid combat, but only if you knew to send two agents to the location beforehand, which is very rare. Otherwise there are different types of missions, and cute choice-and-consequence decisions which can have far-reaching implications.

Often though you’re forced into a turn-based encounter, and here’s where Phantom Doctrine starts falling apart - although it won’t be immediately obvious. These scenes are (usually) divided into two sections - Infiltration and Combat. You start undetected and have to sneak through the map, but mess up and you start fighting for your life. Both ideas have a lot of promise, and seem a lot of fun at the start, but the cracks show fast. 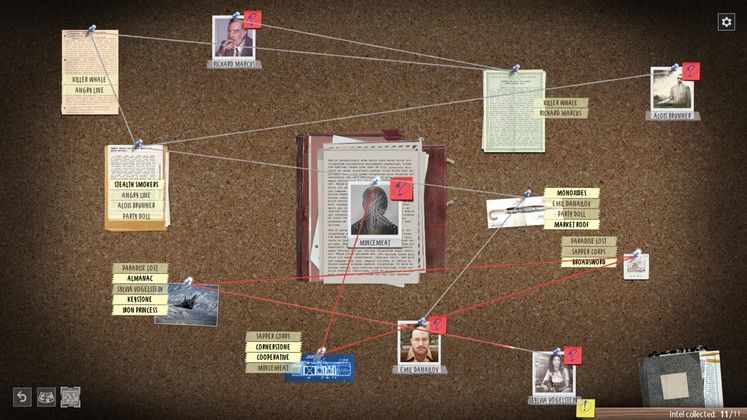 Infiltration is potentially a lot of fun, but it’s very limited. It’s great how enemy (and camera) sight-lines show up as red squares, and a character will naturally avoid them while moving. For the price of ‘Awareness’, anyone can be knocked out, bodies can be ‘disposed of’, windows can looked through, it’s all fun. But then the limitations start. You can’t do anything to cameras without finding the control monitor, which could be anywhere. Once anyone sees you, even if you take them out, infiltration is gone forever. And worse - the game doesn’t take changing floors into account. There’s no way to peek over a ladder or up a staircase, you just have to blindly run up it and hope someone isn’t there - and there probably is.

That’s just disappointing, but the Combat though… that sucked all the fun out of Phantom Doctrine for me. In general it’s XCOM-style turn-based combat, except with the ‘hit chance’ percentages removed, so anyone can hit anyone at any time. Usually you get one ‘dodge’ or ‘grazed’ depending on your Awareness, but otherwise cover is almost pointless as enemies can shoot you from any angle from miles away, and they’ll always hit you. I’ve seen enemies shoot me through walls at impossible angles from the other side of the map, and yet there’s no indicator for where I can move to be able to hit someone - or get hit.

Combat is brutal, annoying, unfair, and very rarely fun. Because of it, Phantom Doctrine became a chore to play, to the point that we dreaded having to touch it. If it wasn’t for this review we would’ve given up before Chapter 1 was over. Furthermore, maps started to blur together after a while - you can only stare at boxy poorly-lit buildings so many times. The game badly needs more variety in its locations. 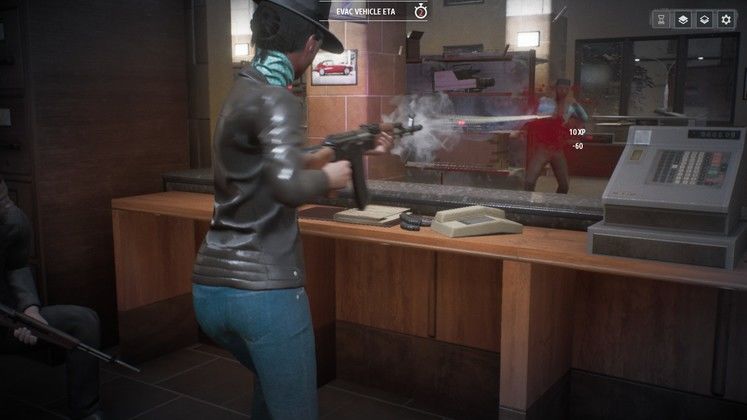 MINIMUM: RECOMMENDED: Our system is an AMD FX-8300 Six-Core Processor, 16 Gb RAM, Nvidia GTX 1050 Ti 4Gb, and Windows 10 64-Bit, and it ran Phantom Doctrine incredibly smooth. We were also impressed at how fast loading times were, we appreciate when we can be in a game in moments. It also looks pretty gorgeous, although admittedly a bit like an XCOM: Enemy Unknown mod - a very good one, though. 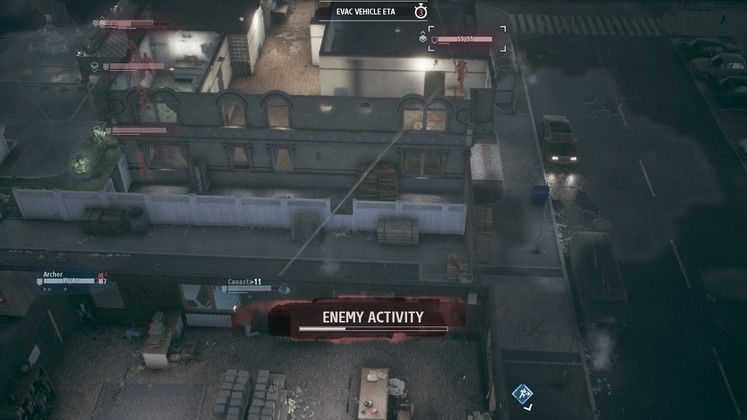 We honestly feel patches are going to make Phantom Doctrine a lot more playable, but as it stands right now the combat is downright broken. Whereas XCOM’s combat could be frustrating but was generally entertaining, Phantom Doctrine is always frustrating and never fun, and it quickly sucked any love we had for the game away. Infiltration is a lot more fun but woefully underdeveloped, and CreativeForge obviously forgot about their game having multiple storeys when inputting it - going up stairs or ladders is a crapshoot. So not fun. The base is okay, and we love the investigations.

There’s a lot of great game here, with some fantastic ideas, but a lot of major problems are stifling the fun. If those issues are fixed, then Phantom Doctrine might be worthwhile. If you see a patch with the note “combat isn’t broken anymore”, then you may pick it up. Until then, hold off.

When an investigation suddenly breaks and you manage to solve it. 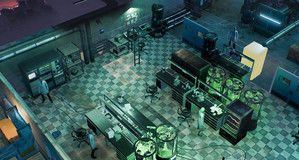