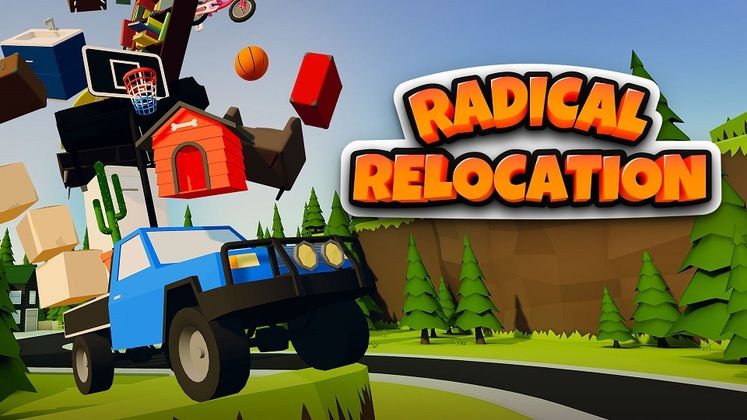 Over the past few decades, physics in gaming has evolved from a luxury to a legitimate tool in creating convincing digital environments. This has led some developers to use modern physics simulations to program new kinds of interactive experiences that take full advantage of Newton’s laws of motion. While some of these games aim for a comedic effect with intentionally “bad” gameplay (Goat Simulator, I Am Bread, etc.) others take things in a different direction and make physics management the heart of the gameplay experience. This is the case with Winglett Entertainment’s newest title, Radical Relocation.

For those who haven’t heard of it, Radical Relocation is a wacky moving sim where players are tasked with using vehicles to relocate random objects from one address to another. Naturally, transportation is realized without the slightest regard for safety or practicality, leading to an incredibly fun genre-defying experience as you attempt to balance an absurd amount of furniture, electronics and even the kitchen sink in a race against the clock. 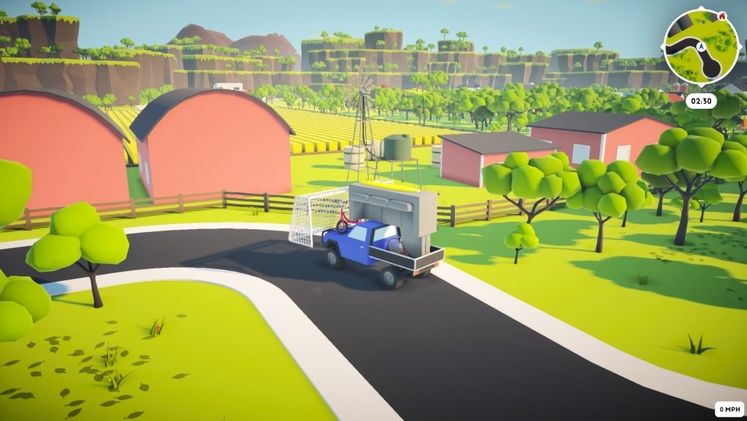 The title is structured similarly to a mobile game, with small self-contained levels that end with a 3-star rating to judge your performance. Things feel deceptively simple at first, as you make quaint little deliveries around the block, but the developers soon throw you in for a loop as the game introduces potholes, labyrinthian neighborhoods and hard-to-balance objects like basketballs and asymmetrical grand pianos. Eventually, Radical Relocation reveals that there’s a lot more nuance going on behind the scenes that you might have first realized, with the player forced to think a lot more about their route and item placement as the levels become progressively more difficult.

You can actually boil the gameplay down into three basic segments. First, you prepare your car in the garage, unlocking more vehicles as you go, and then you load up with whatever zany objects you’ve been tasked with transporting. Finally, there’s the delicate act of driving to your destination without dropping anything on the way (or letting time run out). Once you get used to the controls and concepts, the experience becomes extremely fun and addicting. It’s likely that you’ll be uttering the classic ‘just one more level’ to yourself as you overcome seemingly impossible deliveries and want to keep going. Strangely enough, the gameplay loop here reminds of a heavily simplified version of Kojima’s Death Stranding, sans the dreary setting and massive story. 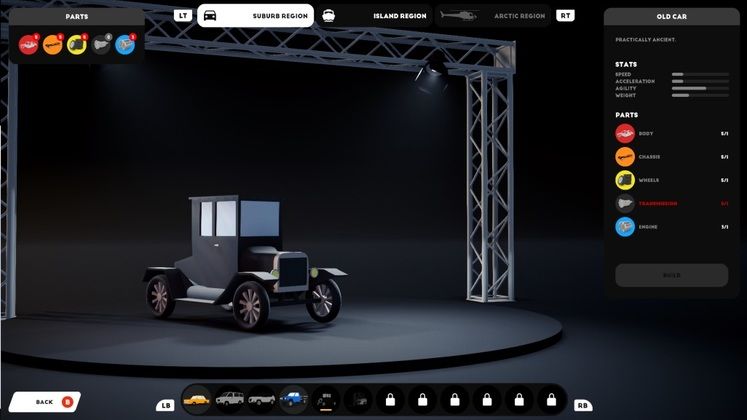 Unfortunately, while the simplistic art style is pleasing to the eyes, it can get really repetitive after a while (and so can the music). The additional locations and vehicles help, but this might get in the way of a long relocation session. The progression system is also a bit too straightforward for my taste, as it’s a little too easy to unlock everything, and the upgrades could have been implemented differently.

Even then, at the end of the day there is a huge amount of content here, and everything is extremely replayable due to the open-ended nature of the gameplay (not to mention an unexpected sandbox mode). So, if you’re up for an addicting experience that meshes puzzles, driving/boating/piloting and balancing acts into a single creative concoction, I’d definitely recommend Radical Relocation.

Nailing my first successful ramp jump without dropping a single piece of furniture. 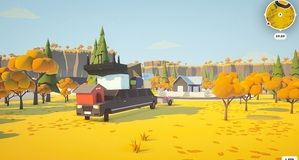