Romance of the Three Kingdoms XIII

The Romance of the Three Kingdoms 13 has finally graced us with an English localization. The first Romance game to do some in some eight years’ even though there has always been a market for a grand strategy set in the book of the same name. The non-localized version has been available on Steam for some time initially launching at a hefty $90 price tag, something which is not appealing to many.

Romance of the Three Kingdoms XIII

Koei Tecmo’s long running strategy franchise has had the bar set fairly high in the past with the eleventh instalment being highly regarded as one of the best in the series. With the thirteenth instalment the developers have tried to find a balance between RPG and grand strategy mechanics. This in turn has allowed the game to hold several ways for advancement in different aspects from overall expansion to personal growth.

Upon its initial launch the game received a mixed reception from players who cited various problem including an array of technical issues that caused outright progression halts. Since that time the developers have patched and lowered the games price tag to a full $60 in hopes to foster some good will. 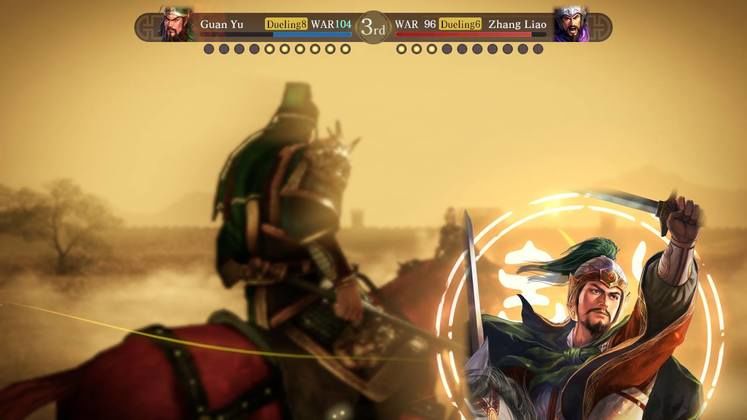 The game has two modes of play available, hero and main. Hero mode puts you in the role of a specific character at a specific time or event. Each level of hero mode tells the overarching story from several different perspectives. Main mode allows you to play as one of the 700 playable historical figures or as your own created character in a campaign to unify China. The character creation itself is a highlight and allows you to fully create and customize your own character.

The standout feature of the game involves characters themselves. The bond system allows you to improve relationships with characters by visiting them, talking, gift giving and quests. This in turn strengthens the bonds of friendship and gives stat bonuses inside and outside of battle when the two work together. 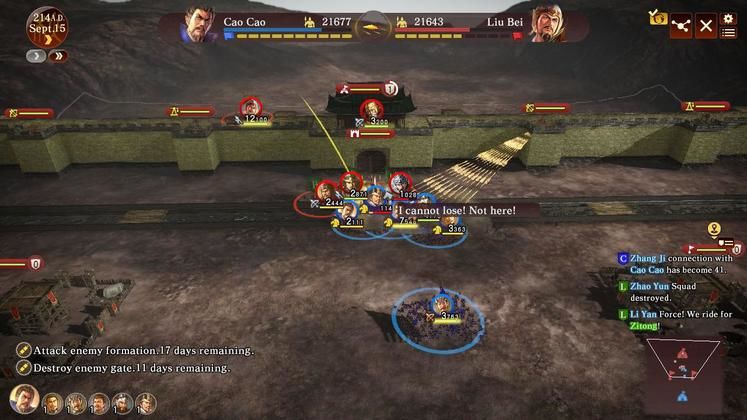 The games variety in the various roles you can play at first seems appealing. Playing Zhang Fei serving Liu Bei should in theory sound fun. Sadly, everything except playing as the ruler becomes restrictive and repetitive far quicker. If it had some uniqueness to each individual role, it would become a more pleasant experience.

The world map does a nice job of providing a 3D landscape in a series that has always traditionally held a 2D interface. Towns themselves are tediously repetitive each having the same buildings regardless of size leaving a lack of diversity within the game itself. There are a number of crucial exclusions to the overworld gameplay such as troop transference between towns. These odd design choices leave the overworld sections with a sense of shallowness that is sad to find in a grand strategy. 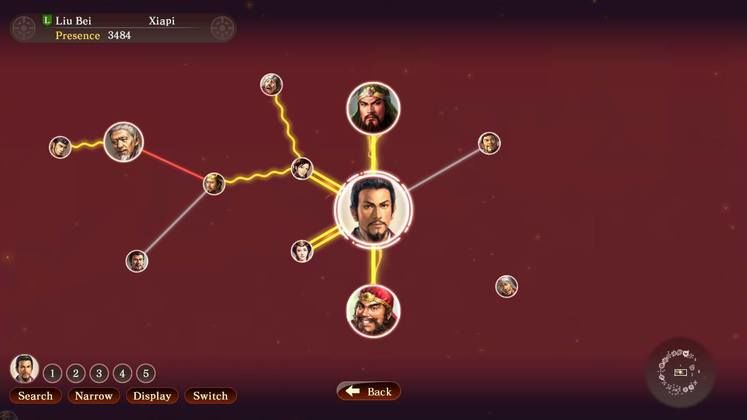 Campagin progression lacks a certain sense of scale. Regardless of how many towns you control you can only ever assign a few officers to perform tasks such as farming or training. Councils and appointing officers is little better than a mindless way to get objectives and assign positions which are title only. The entire strategy side of the overworld experience seems to have been highly simplified compared to what has come before. There’s plenty of menus to browse but the game has become that simplistic that you can simply go through the game without actually having to look at most.

Occasionally you will be asked to embark upon a personal quest which usually involve going from place A to place B. Quests will often involve the debate and duel systems which are essentially games of rock, paper, scissors to determine a winner. These take place with 3D avatars that are generic and not representative of the character you actually look like which is not only immersion breaking but just seems plain lazy. 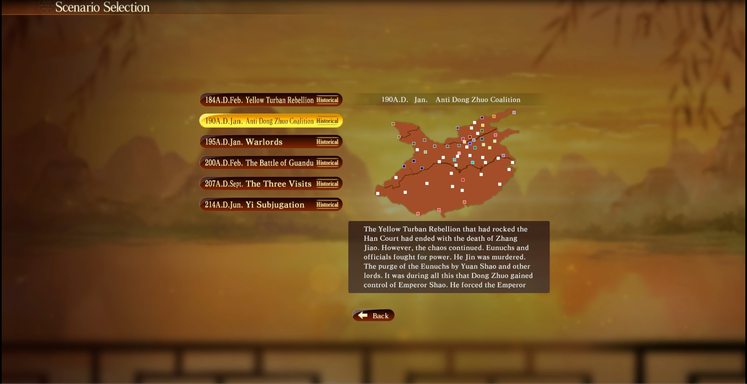 Battles are the games weakest part, they struggle to offer any real sense of strategy and it’s a simple game of who has more troops. Generals can use special abilities to increase morale, buff damage or apply debuffs, but no amount of special abilities will make up for a ten thousand head gap between armies. In a game where the overworld gameplay lacks a certain depth, it feels necessary to ensure that the combat system does, a battle system akin to that of Total War would have been perfect for the setting, yet instead we have little better than a clicker. 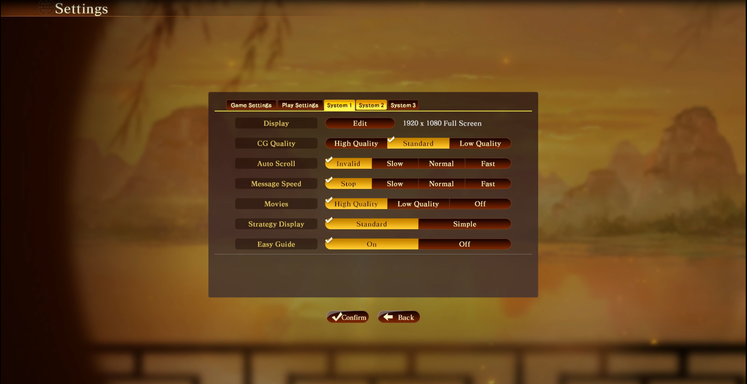 There’s a decent amount of customisation available on the graphical side. Thanks to the art style and engine, it shouldn’t be too much work for most rigs even on the highest setting. The game is not system intensive at all. There is however a downside, like mentioned previously, the game does contain a large amount of technical issues. While it has been patched and much improved since launch, a number of bugs can be encountered from time to time. Other than this however, it’s a fairly smooth ride.

Audibly the game is what you would expect from a game set in the three kingdoms. The musical score has a nice traditional Chinese feel to it filled with everything from relaxing slow music to dramatic orchestra filled sequences. What little voice acting the game contains is all in Chinese, the English localization stopped and finished with text only.

Romance of the Three Kingdoms 13 is a game that clearly wants to be liked but it has done nothing to really appeal to long-time fans or players of the strategy genre. It’s over simplified gameplay mixed with its string of issues and overpricing has led to a sour grape. 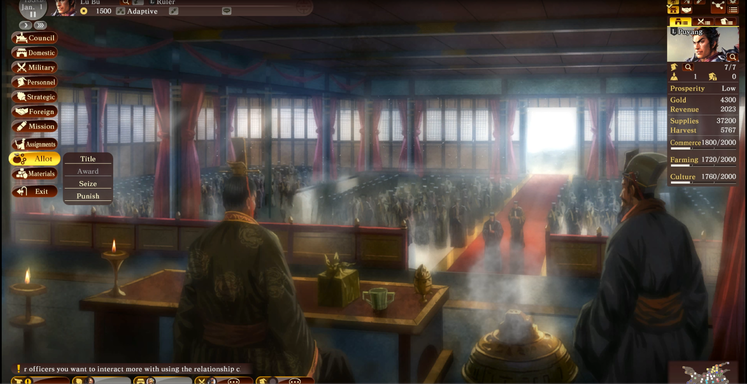 There’s plenty of good in the package and all the mechanical elements work well of their own accord even if some lack depth. The amalgamation of these mechanics however have created a game that plays it far to safe. It simply does nothing new or innovative in anyway. Instead it comes across as at best a rush job and at worst a cheap money ride on the back of the title.

In all the game works mechanically well but lacks innovation and plays it too safe. The oversimplified gameplay mixed with lacklustre combat make for a game that plays well but leaves you with the disappointing notion of what could have been.

Creating your own warrior to conquer the land.

The best parts of the game come in the form on the characters themselves, building strong bonds of friendship between characters can be rewarding, particular when you create an entire faction out of player made characters. 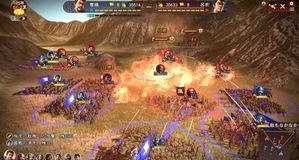