With Sid Meier's Pirates, players can relive this great age in an extremely well done remake of a classic title of years ago 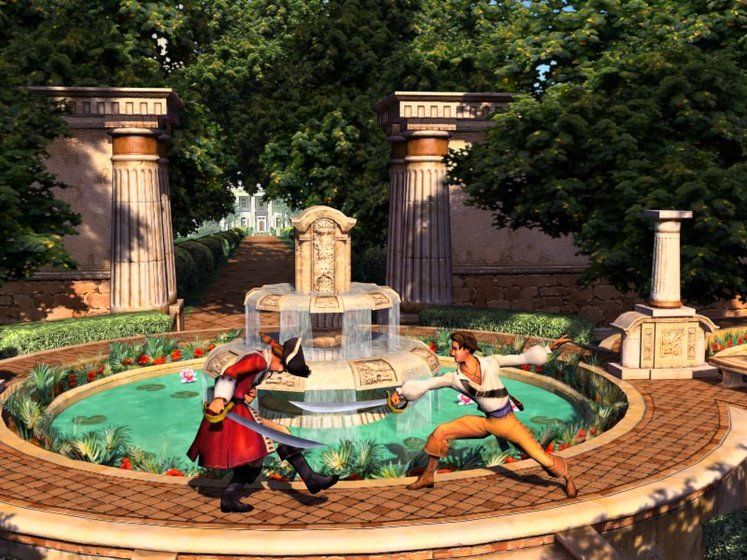 The age of sail was one of the more interesting periods of history. Sailors from Europe roamed the world, in search of treasure, adventure, and new lands. One of the places they discovered and developed was the Caribbean sea and the islands within it. This gave rise to the age of piracy, seafarers raided the great treasure ships sailing from the New World back to Spain, as well as the towns and colonies that had any hint of money. From 1600 to 1700, the sea war between England, France, Holland and Spain was a four way struggle, the prise being the riches of the new world. With Sid Meier's Pirates, players can relive this great age in an extremely well done remake of a classic title of years ago.

In the late 1980s, computer games were just starting to become more realistic and more challenging. The success of console systems like nintendo enabled game developers to mass market PC games to a wider audience, and among the best games offered in 1989 was Pirates, a game from then unknown designer Sid Meiers. This game was completely unlike any previous offering, players had to emulate the daring do of Pirates of a bygone age, and become rich and famous while avoiding the fate of failed Pirates, poverty or the gallows. 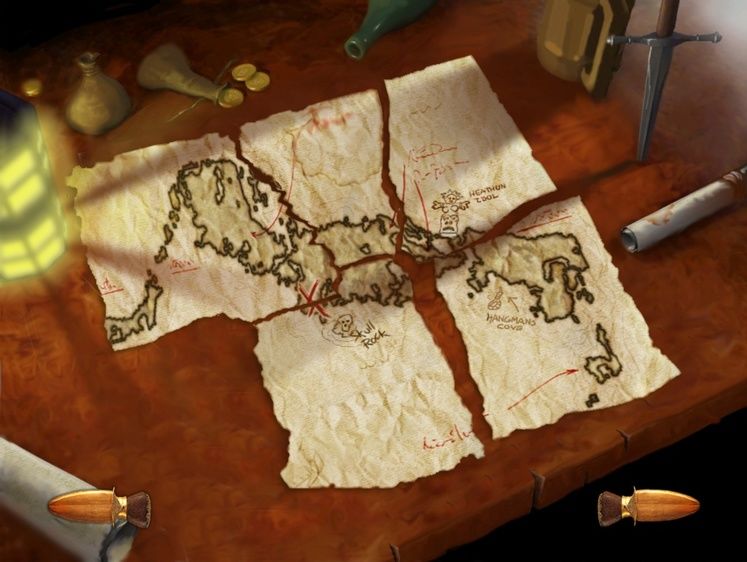 The modern version of Pirates takes full advantage of modern technology, players will become a fully animated Pirate, who will sail, fight and romance his way to fame, fortune, or failure, as the case may be. Play begins with a cut away scene, showing our hero as a youngster, and the fate that befalls his family. After ten years have passed, now fully grown, you enter a tavern and decide first, your name, and what country you will sail for at start. You also decide what era to play in, several are offered from 1600 to 1690, and the difficulty level. You also select a special skill, such as fencing, or wit and charm, and your adventure begins.

Another cut scene shows a mutiny you lead, and you shortly arrive in command of a ship sailing into a port of the nationality you signed on for. In port, you can meet the governor, his daughter as well, visit a tavern, visit the market, the shipyard, check your settings, or de vide the plunder. Each building has a use, and you will visit them all. 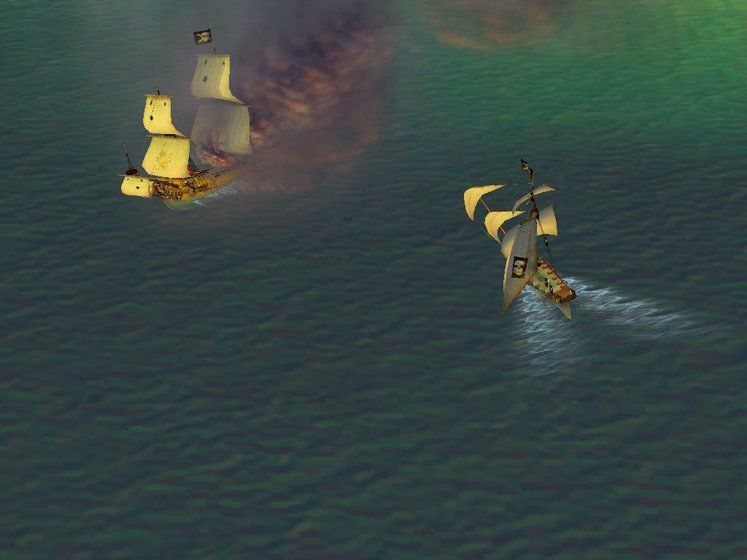 The object of the game is to gain fame by accomplishing missions, finding treasure, taking ships and attacking towns. The game map is a beautiful rendering of the Caribbean, and you can zoom in and out of. Your ship, and the ships of allies and enemies are visible near you, and if friendly, they have messages for you, such as their ship name, port of origin, and what they are up too. You can rename your flagship anything you like, and the game allows you to fly the flag of any nation, as well as a pirate jolly roger. You can also have sail designs, and you will see these on your ships as they sail about the map.

Although not a difficult game to understand, you really have to read the rather large game manual, as no tutorial is included. The game can be played using the number key pad, or with the mouse, though its easier with the key pad. Once you understand what you are supposed to be doing, the game is rather simple. 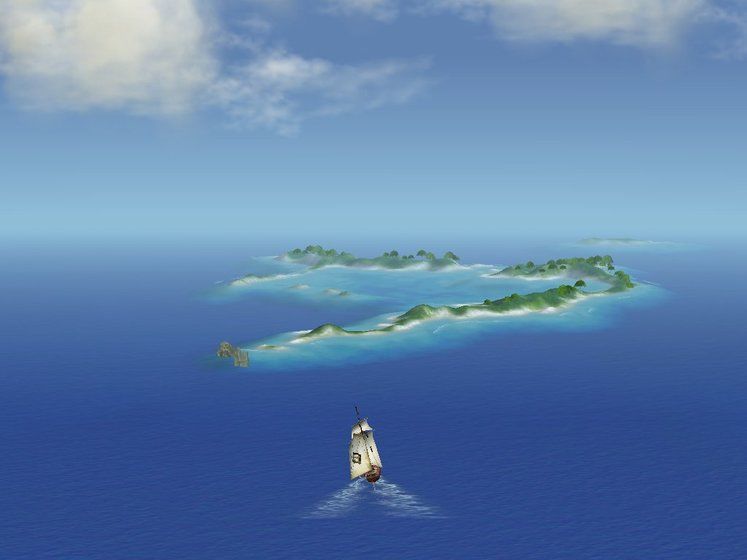 The most common activity is capturing enemy ships, and this is a simple procedure. simply sail near a ship, and if you are in range, the attack button will flash. Simply push it and a sea battle begins. Be careful here, the button flashes for friend and foe alike. Once the battle begins, you want to sail your ship directly into the enemy, when you do, a cut scene opens, and a sword fight begins. In these fights, you have a choice of three swords, one for quickness, one for attack, and one for defense. There are six moves, three each of attack and defense. Defeat the opponent, and the ship is yours. Lose, and you might end up in prison! If you win, you capture the ship, and can claim it as a prize, use it as your new flagship, or sell it at a port.

As you attack ships, the governors notice, and if you are attacking enemy ships, or pirates, you will earn ranks and land from them. As you get promoted, the daughters notice you, and after a time, will invite you to a fancy ball. Here, you must dance with her, and if you do well, she will give you items you need, valuable information on missions, and maybe, if your lucky, marry you!. The girls range from plain to beautiful, but even the ugly ducklings should be charmed, you are a rogue after all!. Dancing is a matter of pushing the correct button when prompted by your partner, and is quite difficult until you get the hang of it. 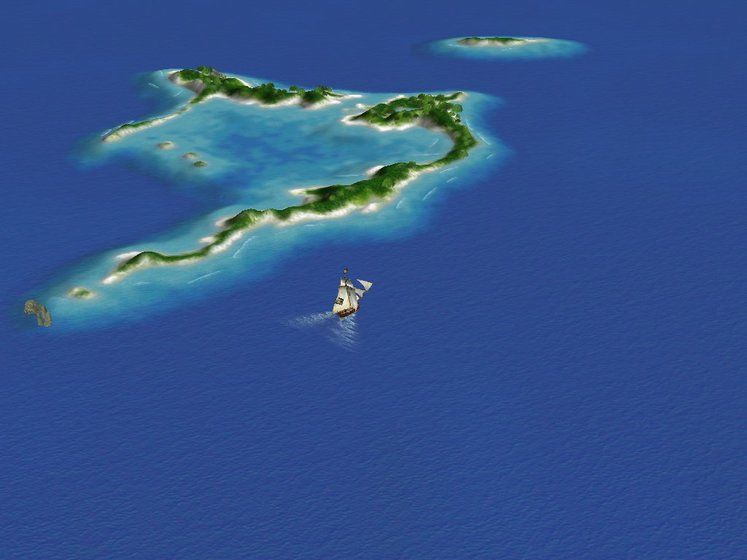 In the town taverns you can hire more crew, and will meet people that will sell you items, treasure maps and tell you about towns in the game. All the items have value. The barmaids can tip you off to particularly valuable ships to attack, or can aide quests by giving information about people you are after. The bartender can tip you off to where to find the best looking daughters, as well as when a town is ripe for plundering.

The merchant will buy your gods, spare cannon, and sell food and goods if he has them. The prices are dependant on your rank in that port's country, the higher your rank, the cheaper the goods are to buy. The shipyard repairs ships, and will buy prizes from you. Some yards offer special items to improve ships, such as better cannon. 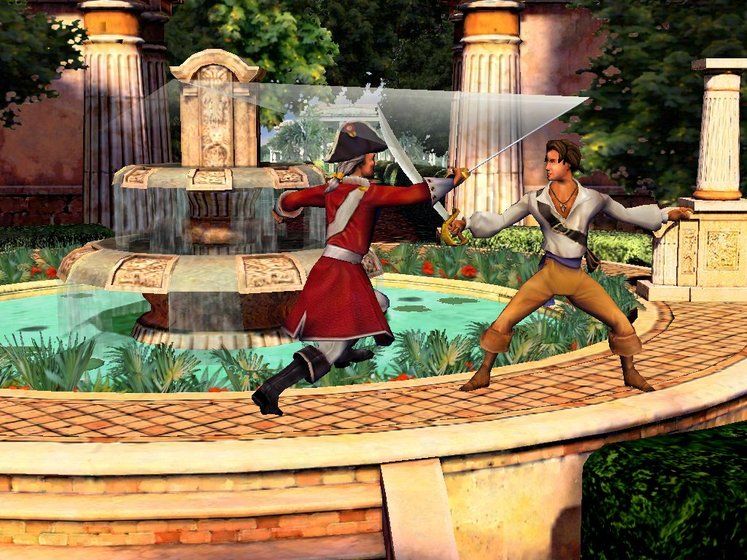 The game has an amazing level of detail, the port attacks are a game unto them selves. You land near a city, and must either fight, or sneak by the defending troops. Overwhelm them, and you may be able to change the port's nationality. Rich ports provide a lot of gold, and successful attacks increase your reputation. There are 9 other famous pirates sailing the seas, you are ranked against them, and you may meet them in battle by accident, or by searching them out. They usually have excellent ships and lots of gold, but can be very dangerous.

As would be expected in a pirate game, there is treasure buried around the game board, you must find it with treasure maps. There are also hidden cities, relatives to rescue, and your family to be avenged. As you play, your pirate ages, and losses skill as he gets older. Also, its good to de vide the plunder when the crew is unhappy, this goes to your career total, and increases your fame.

This is a beautiful game, deeply detailed, with an easy to learn and use interface. The music is excellent, and even allows you to import your own MP3s if you like. This is the must have game of this year, if you miss this one, you are missing a true game classic. Sid Meiers has had many great games, but pirates has to be his crowning triumph. Miss it not! 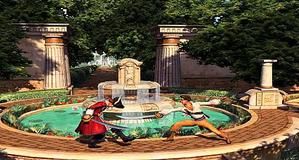 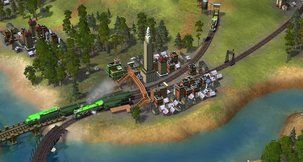 Eleven 2K games debut on GOG.com, including the...