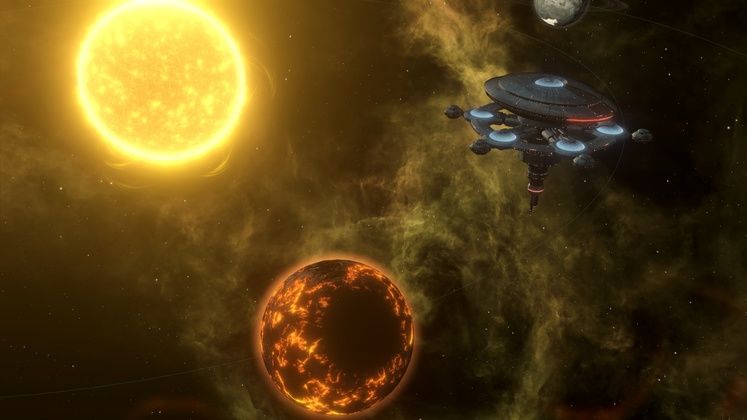 It’s a bit hard to review something like Stellaris’ Humanoids Species Pack. On one hand, it is a £6 DLC. On the other, it doesn’t change any mechanic whatsoever, yet can deeply affect one game’s experience. As any cosmetic, it’s inherent value is based on your personal attraction to what is offered.

If you’re like me and is attracted to Humanoids stuff, you’ll be glad to know we’re in luck. The second cosmetic DLC for Paradox’s 4X sci-fi title comes 16 months after the first pack back in 2016, and like Plantoids before it, Humanoids adds a number of species portraits and ship designs. Alongside the visual stuff, there are also new variations of the Voice Advisor and remixes of existing music, though not all of them are really worth the price. Let’s dive in. 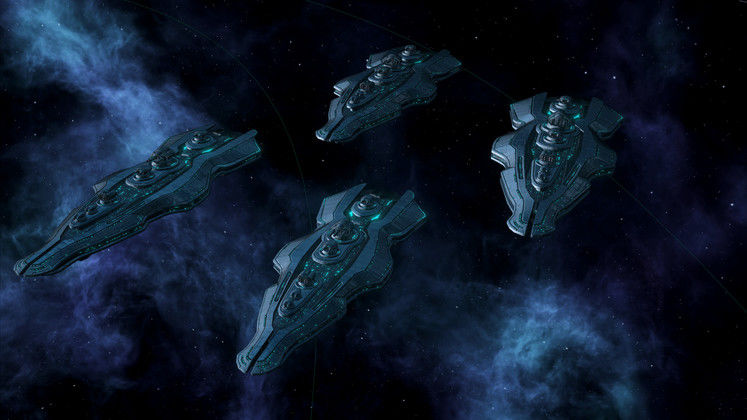 Humanoids adds 10 new species portraits, including space versions of dwarfs, orcs, and cyclops. The quality of their design and animation is exactly the same as the species already present in the game, but they lack proper customisation. Space dwarves, for example, always have tattoos – you can not remove, edit, or colour them; they always look the same. It is rather limiting, and reflects the disappointing creative freedom that is now staple of Stellaris.

Arguably more noteworthy and eliciting a proper reaction from me are the completely new ship sets included, which if we’re all being honest, it’s kind of the main selling point. The new design line includes variations for every ship class in the game and their various sections, alongside new models for stations and platforms.

While vanilla ship models have a certain consistency and shared attributes, none of them have such a clear design philosophy as the ones in the Humanoids pack: engines are broad horizontal stripes of exhaust not dissimilar to the Millennium Falcon’s, hangars all feature a clear landing runway in front with an energy shield port at the back, and command structures often have a conning tower structure that feels particularly full of character. 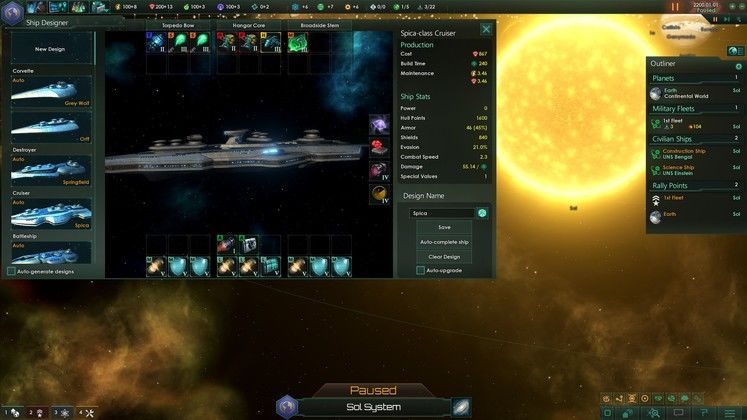 It didn’t took me long to realise this would become my favorite design, thanks to the recurring motifs present in the models that are simply absent from the other species. There is also a very clear cut feel to each class of ship, which further adds to their appeal. The Colony Ship utilitarian design is lovely broad and functional, while Science ships and stations are a sleek work of art – there’s a clear difference between their sophisticated build and the bulkier nature of their more sturdier brethren.

The new stations, in the meantime, are also quite interesting. As previously mentioned, the science station is absolutely magnific, and the new spaceports resemble an oval version of Star Trek’s Spacedock. There are also three different variation of modules that give the starbase a nice, sprawling look when upgraded – and to be honest, something I have never noticed if it happens in the vanilla stations throughout my hundreds of hours playing Stellaris.

Lastly but not least, there are new Humanoid city graphics, which look rather nondescript and boring. The buildings are so small and bare that they look nothing like any sci-fi city in any other piece of media ever, and the end result looks like any random drawing you might find on Google Images.

The Humanoids DLC also adds audio synthesiser-heavy remixes of three existing tracks from the Utopia Expansion: “Towards Utopia - Nova Flare”, “In Memory of MR - Luminous Flux”, and “The Imperial Fleet - Second Coming”; remix versions of “Towards Utopia”, “In Memory of Mercedes Romero”, and “The Imperial Fleet”, respectively. While “Nova Flare” has a brilliant new trebble focus and increased tempo leading to a more lively and exciting melody, “Luminous Flux” mostly feels comfortable adding an underscoring annoying beat under the main composition and ruining its cadence, while “Second Coming” straight up murders the wonderful crescendos and swoops that were the only redeeming grace of the original “The Imperial Fleet”. The remix of “Towards Utopia” is actually an improvement, but other two are a disappointment.

The voice advisor packs are equally unimpressive, but that doesn’t mean they are below standard – they’re just average. The “Diplomat” is a female, utterly British advisor with a heavy focus on the bureaucratic style based on the United Nations of Earth faction, and its voice carries the so often unexciting tones used in political institutions of the modern age.

“The Technocrat” is themed on the Voor Technocracy, and sounds particularly evil and shady – it’s male shrill voice kinda reminds me of what Garrus would sound like if he was a horrible Satan spawn of Hell, and it kinda makes me kind of uncomfortable. The delivery is sound, but the moral implications… sheesh. 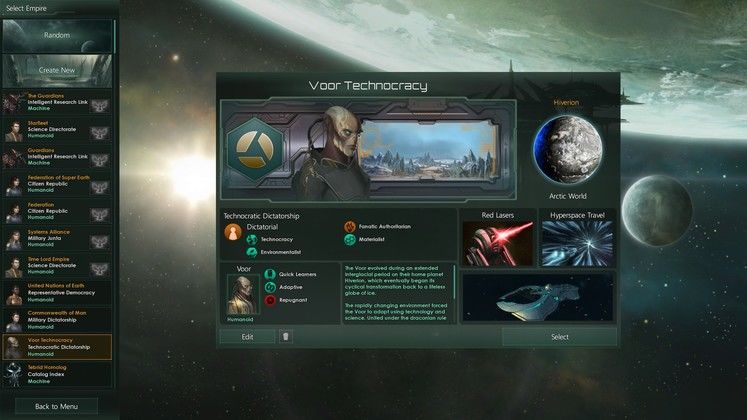 Lastly, “The Soldier” advisor voice intended for the Commonwealth of Man is a suitable non-emotional and straight to the point female narrator, offering none of that absurd and frankly pathetic hysterical tone of the Militarist VIR. It suits the whole “military” vibe much better than the other currently available warrior-like voice, and it is thankfully the more universal of the voice packs.

That lack of universal use, in the end, is my problem with the new voice packs. They’re still quite robotic, but with very specific cultural traits embedded. I’m particularly bothered by the “tea” references and similar mannerisms of “The Diplomat” VA that would make no sense in any alien empire whatsoever – it feels extremely out of character when used with any civilization that is not the United Nations of Earth. Similarly, the Technocrat has a decidedly evil approach to it that locks down the attitude of the civilization and severely reduces the player’s freedom when creating their race – something that is unfortunately starting to plague every single aspect of Stellaris recently.

I really don’t like how specific and restrictive the Technocrat and Diplomat advisors are, but their quality is for the most part okay. And aside from ship designs, “okay” is a word I can apply to the whole of the Humanoids Species Pack. The end result is kinda obvious, and something I alluded to at the opening of the review: it’s inherent value is based on your personal attraction to what is offered, and if you are attracted to the ships and races in display, you’re in luck.

An ultimately underwhelming content pack that barely offers enough to justify its price.

Inspecting all the different ship types and stations.