With its brain-teasing conundrums and intriguing sci-fi narrative, the latest title from Flashback mastermind Paul Cuisset would seem like the right sort of fare that would provide respite from the more contemporarily styled efforts that surround us. Sadly hobbled by a cripplingly brief duration and a flawed interface however, Subject 13 falls disappointingly short of the promise that it exudes elsewhere in its otherwise classically inspired design.

Starting things off, players are thrust into the shoes of the nattily named Franklin Fargo, a somewhat meek physics professor who has been stuck in the throes of a deep depression after the murder of his fiancée. Events in Subject 13 kick off just as our protagonist awakes in an abandoned research facility, who, after an apparent suicide attempt, only has an enigmatic disembodied voice to guide him around the place as he attempts to make his escape. As narrative setups go then, Cuisset’s latest proves to be an intriguing prospect and one that certainly stands out from its immediate peers. 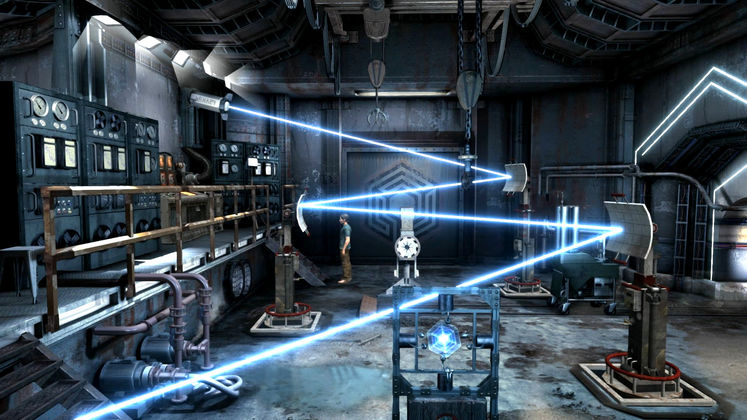 Puzzles often take a variety of forms in Subject 13

Really at its heart, Subject 13 is a love letter to fellow European developed point and click adventures such as Syberia that were popularised fifteen or so years ago and as such, its gameplay mechanics take a great many cues from these inspirations. In his mission to flee the facility and understand what has befallen him, Franklin is required to solve a whole bunch of puzzles because, well, that’s generally how things are done in these sci-fi themed adventure titles.

These conundrums take a wide variety of different forms too. From algebra style puzzles that give way to simple switch order problems and equally straightforward light trajectory puzzles that are followed by Minesweeper-style head scratchers, the variance in Subject 13’s grey matter taxers is both notable and welcome.

Besides the myriad of brain-tickling issues that are found in Subject 13’s environments, the game also prompts players to look inwardly at the collectibles in their inventory, as each and every object can be examined in a real time 3D view. This proves to be an easy thing to forget later on especially, as quite often the key to progressing involves taking a closer look at something in your inventory which you may have forgotten about.

Regardless, for those who continue to struggle there is a hint function available to nudge them in the right direction. More often than not, the hints themselves tend to err on the side of highlighting the truly obvious, rather than providing useful insight in how to resolve a particular problem. Further making the game accessible to folks who lack the puzzle-solving acumen to beat Subject 13’s conundrums, the game also permits those players to skip puzzles, though this may only be used once in an effort to keep the whole affair from being bypassed in quick fashion. 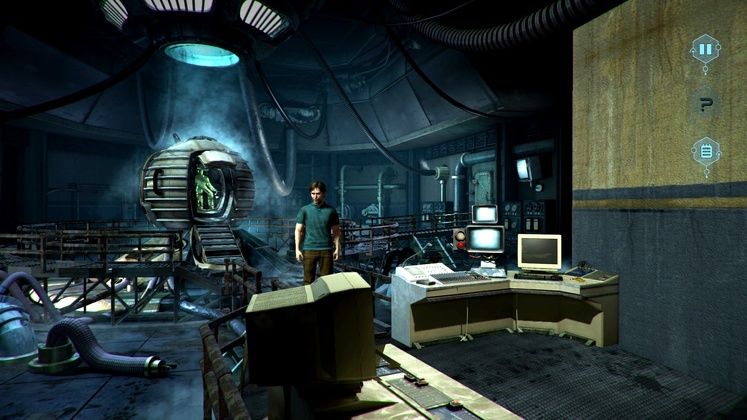 Make no mistake however, this is clearly a game for thinkers and not for more aggressively minded players since there is no combat whatsoever in Subject 13 (not that I am convinced that old professor Fargo would be too handy in a scrap anyway), meaning that folks who are interested in beating/stabbing/shooting things into a fine red mist really need not apply at all.

One aspect that makes the point and click puzzles in the game especially enjoyable though, is the visual aesthetic and how detailed each location appears. In the days of yore, point and click titles often had players combing the screen, pixel-by-pixel in some archaic screen resolution, whenever they got stuck in order to unearth some obscure clue to help them proceed. In Subject 13 however, the background and the assets that can be interacted with are both sharp and clearly defined, in most cases allowing the player to examine and manipulate the camera in real time to discover hidden clues to help them make further progress.

If anything though, the puzzles in Subject 13 can sometimes be a little too easy, which wouldn’t be so much of a problem in itself were it not for the fact that the whole game can beaten in an afternoon. That’s right; with just four chapters from top to bottom and collectible testimonies which help flesh out the story to entice players to return, there really isn’t a lot to do in Subject 13 once the main story has been conquered. Utterly devoid of extra modes, content or features then, it wouldn’t be unfair to suggest that Subject 13 could do with a lot more meat on its bones. 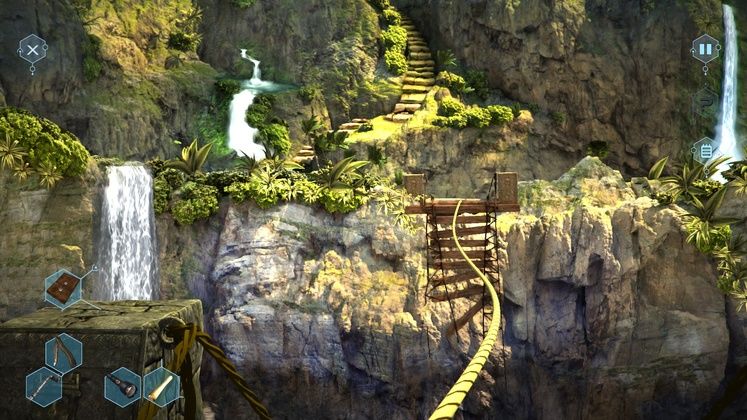 Subject 13’s locales are nothing if not varied

Away from well-founded concerns of value and longevity, Subject 13 also stumbles on the user interface side of things too. When interacting with elements in the environment, a radial will appear that allows the player to specify if they want to look at something, pick it up or examine it more closely by gesturing with the mouse cursor. The problem is that the interface is prone to glitching, and on multiple occasions I’ve had it flat out refuse to let me pick up an item despite the fact that I made the necessary movements with the mouse to highlight that action.

Elsewhere, navigating the environment feels far less intuitive than it really should do. More often than not, it’s not made terribly clear what areas in the environment you can walk to and when Franklin finally does get his rear end moving on a particular trajectory, he often does so in sluggish and unresponsive fashion.

It’s difficult not to find a sort of tragedy in the end result of Subject 13. After all, here is a point and click adventure that clearly speaks to and is inspired by the design sensibilities of yesteryear, but which ultimately fails to wrap a compelling, long-lasting experience around that core. The narrative is interesting, the puzzles are fun to tackle, if a little too simple and yet, if there was just a lot more content and if everything was a little more polished, we would be looking at a great game heavy with recommendation, rather than a good one laden with caveats.

Solving an obscure puzzle after a good few minutes of frantic noggin-scratching. 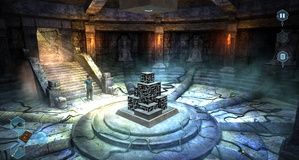