The ultimate management strategy? So much more than Theme Hospital 2 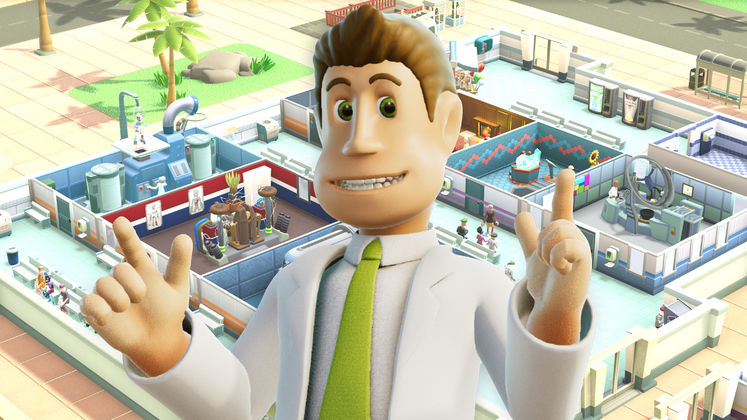 To say we have been looking forward to Two Point Hospital is an understatement - we’ve been waiting for it since 1997. Theme Hospital, from legendary British developer Bullfrog, is to this day one of the finest, fun and most completely playable management strategy games around.

Now Two Point Hospital is here, it’s been made by many ex-Bullfrog and Lionhead veterans (including the leads behind Theme Hospital), and it’s so much more than Theme Hospital 2. It’s the successor, and it’s so good we can’t imagine going back to 1997. 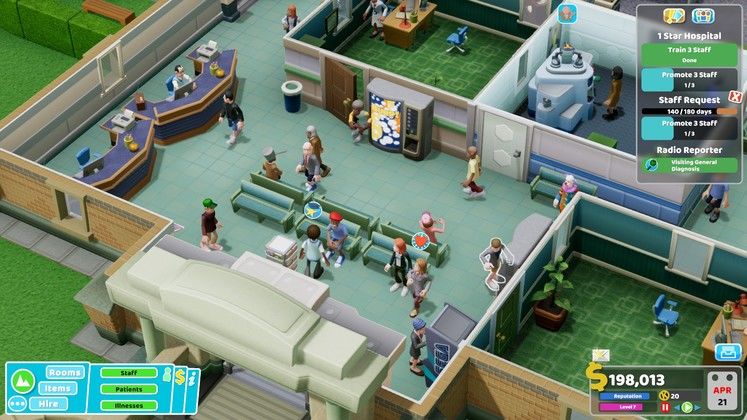 The basic gist behind Two Point Hospital is that you have to manage an increasingly difficult series of hospitals, through laying out rooms, hiring staff, doing research, and treating patients. As with all good management games, it’s never that simple and things escalate fast. At the start you can make do with one GP’s Office (the basis disease diagnosis room that all patients go to first), but later there’ll be a queue around the block even if you have four of them on the go. Then one doctor wants a raise, a patient with a disease you haven’t researched shows up, the diagnosis machine catches on fire because your janitor was busy catching ghosts, it’s bedlam.

Most importantly though, it’s never overwhelming. Things can get tough, and despite your staff being good at sorting out trouble or going where they’re needed, you’ll always be managing something, and yet you’ll never feel like there’s a problem you can’t fix. That’s a real delicate balance in management or strategy games, keeping the player busy but not being overwhelming, and Two Point Studios has nailed it. 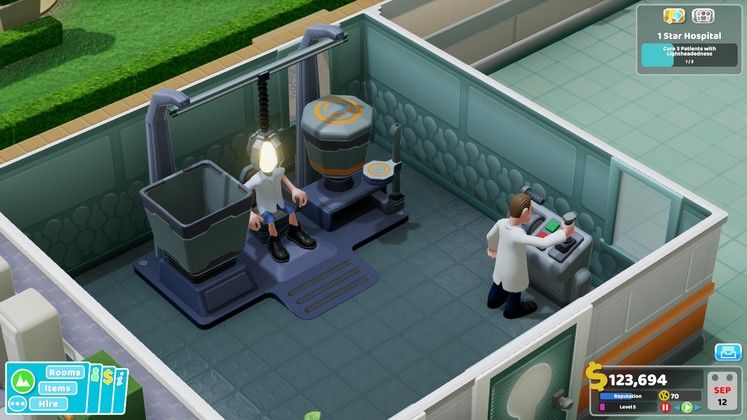 The strategy side of Two Point Hospital is the beating heart of the game, and what makes it truly great. There are choices everywhere. Obviously you have limited funds, but something like Training will take your characters away from doing other jobs, so do you want to make them better or can’t you afford to have your hospital be understaffed? Should you hire a doctor trained in psychiatry or treatment, or both for a higher salary? Should you stick in another GP’s Office or build a fresh room? There’s a big push-and-shove between what you can do and what you should do, and those choices are nothing less than a pure strategy game. It’s wonderful.

Vitally though, Two Point Hospital is fun. Deeply, deeply fun. It’s the light-hearted tone that makes it so addictive, with the Aardman-style people, the silly diseases, and the way dead people turn into ghosts and have to be sucked up with a vacuum cleaner. The cute tone allows the developers to make things simple in design and very playable, such as having just four types of staff (doctors, nurses, janitors and assistants), various cure-all rooms, and the idea that just a single plant will make everyone happier. It’s all nice and straightforward to play, and yet like the best videogames, it’s difficult to master. 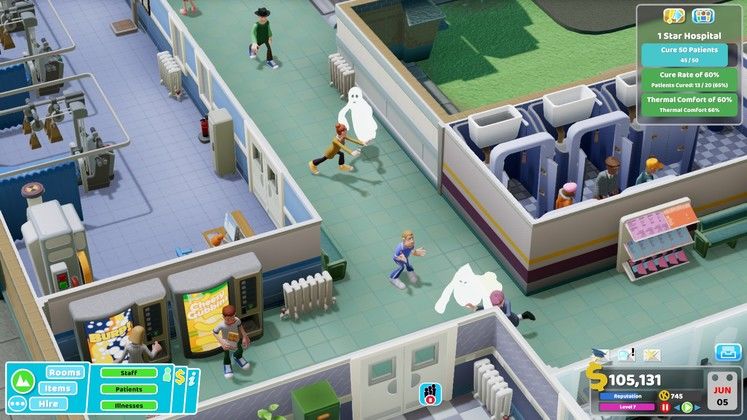 While we do have some problems, they’re exceptionally minor and disappear the second you know about them. Honestly the only real problem we have with Two Point Hospital is the way some of the more vital options are hidden, or not obvious. Why is the ‘Confirm’ option for Rooms on the top of the screen for example? On the Staff screen, the option to only view doctors, nurses etc is in tiny icons at the bottom. Choosing Research, Training or Marketing campaigns isn’t obvious either, they’re hidden on their respective pop-up room panels. Sometimes treatments will fail at 97% and it won’t be obvious why. And don’t get me started on the Data Panel, there are far too many view options.

Our system is an AMD FX-8300 Six-Core Processor, 16 Gb RAM, Nvidia GTX 1050 Ti 4Gb, and Windows 10 64-Bit, was was exceptionally overkill for Two Point Hospital. It looks lovely, the cute Aardman style works wonders, and the animation is never less than wonderful. No complaints here. The sound deserves a mention too, not just the perfect effects, but also the catchy music tunes and amusing voice acting. “We apologize for the litter, that you dropped in our corridors.” 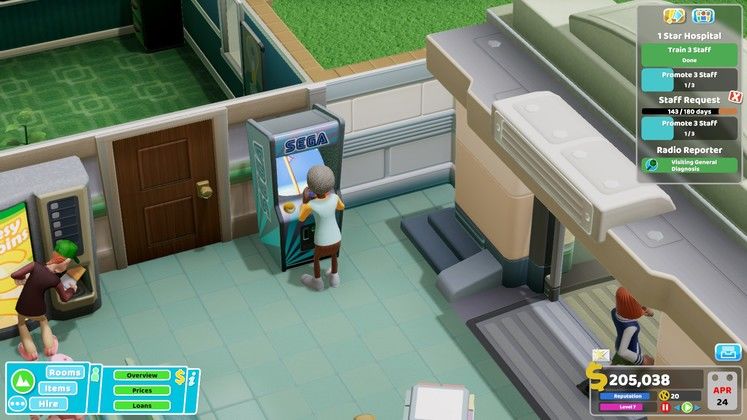 Two Point Hospital is so much more than just Theme Hospital 2. It may take Bullfrog’s classic as a base, but it expands on the concept to great a modern management-strategy classic in its own right. The game’s deeply strategic, with many decisions to make, and there’s always something to do - but the player never ends up feeling overwhelmed. Most importantly, Two Point Hospital is just tremendous amounts of fun. We may have some quibbles over the information it conveys, but all troubles fade away when you just start playing it. It could be the best strategy or management game out this year.