Is the Craftworld Aeldari Expansion a worthwhile package? 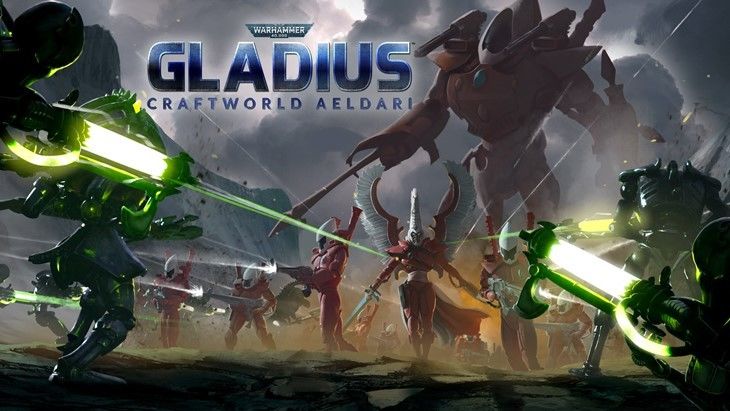 Earlier this year, Warhammer 40,000: Gladius celebrated its second anniversary in style, still boasting a sizable player base and more expansions than you can shake a stick at. While the game wasn’t revolutionary by any means, its straightforward yet extremely addicting approach to turn-based strategy certainly struck a chord with many gamers (myself included), allowing Proxy Studios and Slitherine to keep the title alive by offering a variety of DLC.

The latest of these expansions is the Craftworld Aeldari DLC, which adds 19 new units and advanced mobility mechanics inspired by one of Warhammer’s most unique races. Also known as the Eldar, the Elf-like Aeldari were originally a prosperous civilization whose pride and hedonism became their own downfall. The catastrophic appearance of a Chaos God forced their race into exile, with one faction seeking refuge on massive starships. Naturally, these star-bound Aeldari have now made their way to Gladius and intend on conquering it and all who stand against them. 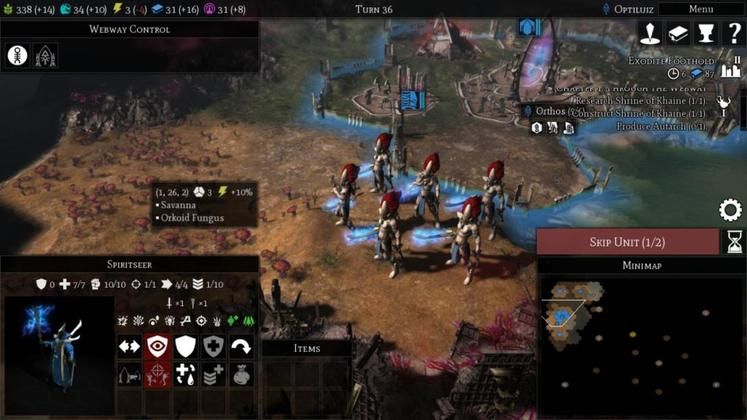 While this lore is only briefly glossed over in the Aeldari campaign, the real focus here are the updated game mechanics, with the faction being able to conquer and manipulate Webway Gates. These gates are mostly used for traversal, but can also summon otherworldly reinforcements and serve as the basis for new settlements. To counteract these shortcuts, the faction’s overall growth rate has been made slower than the other races, which players should keep in mind when planning their attacks. Even so, the addition of these Gates, alongside some interesting new units, make this a major update that allows for even more advanced strategic maneuvers.

While this added level of strategy isn’t too difficult to master, keeping in line with the rest of Gladius’ streamlined gameplay, the game does a poor job of actually explaining how you can interact with the Webways and what are the penalties for doing so. Nevertheless, it shouldn’t take more than a couple of practice runs to get the hang of things.

The new units are also a lot of fun (I particularly enjoyed taking down Chaos forces with Howling Banshees boosted by Spiritseers), though it may take a while to develop your settlements to the point where you’re able to consistently produce more troops. There’s a lot of content here that you’ll only really see towards the final turns of a match, but that’s par for the course in Gladius. 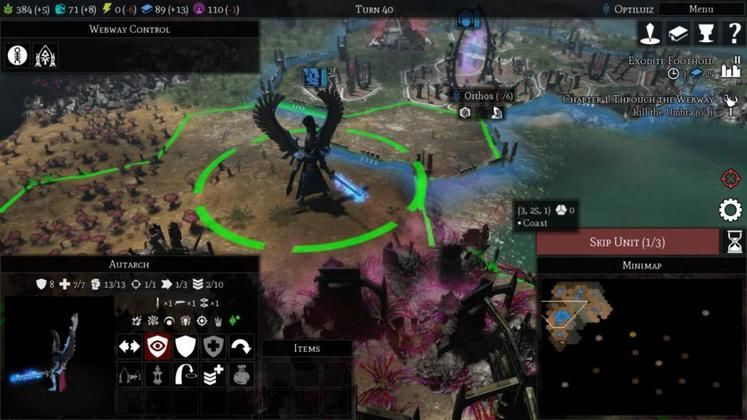 Additionally, players will also enjoy an updated soundtrack and some new faction-specific buildings that help keep the experience from getting monotonous. These minor additions should please long-term players, but even if you’re not interested in purchasing the DLC, you’ll be happy to know that Proxy has made sure that all players can encounter this new content when playing online.

Even so, the add-on just barely justifies the asking price. The Webway mechanics are a significant update, and the new units are fun, but the pricing still feels a bit steep. This may be a brand-new faction with unique mobility options that can add a lot of replay value to an already entertaining game, but it’s ultimately up to the players to decide if the $14.99 investment is worth it.

I suspect that some players will encounter balancing issues when playing out in the wild, but winning a game after effortlessly zipping across the map and summoning Asuryiani troops as backup can be extremely satisfying, so I’d say that the Craftworld Aeldari DLC is a worthwhile package if you’d like to keep conquering Gladius in new and interesting ways (so long as you can spare the cash).

Flanking Chaos troops through the use of melee units and Webway Gates. 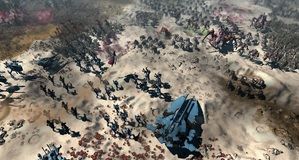 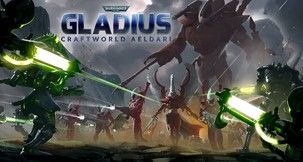