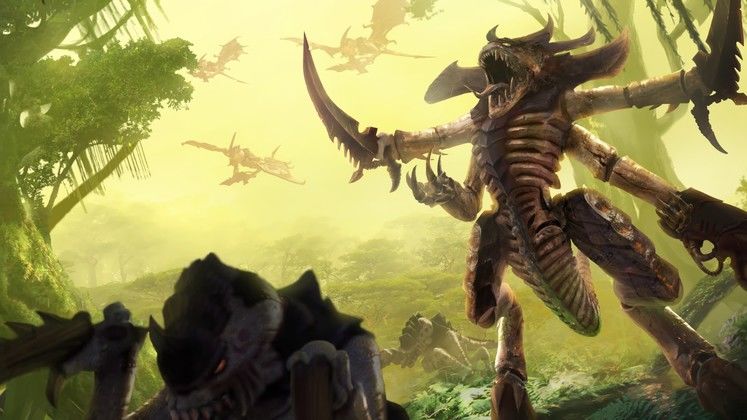 There’s something weirdly fascinating about an all-powerful, nigh-unstoppable, viciously determined race of deadly, armoured, psychic monsters. Their rapport with players leads Tyranids to gear up their ravenous hungry heads more often in games than the overused Chaos Marines, and the latest title to sink its claws into the Hive Mind is Warhammer 40,000’s fist Civ-like 4X game, Gladius.

Unlike most other depictions of Tyranids, Gladius’ gives players the command of a pack of feral monsters that escaped an Imperial Research Facility in Gladius. No Hive Fleet or Warp shadows to be seen around here – the ravaging creatures are fully landbased, with no worries regarding the swarm logistics of planetfall. 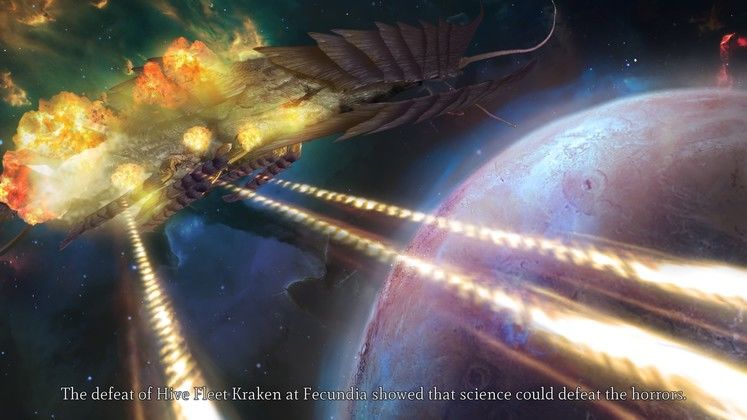 As the first faction pack for Slitherine’s 2018 game, Tyranids brings new units, buildings, and mechanics to the planet besieged by war. From ubiquitous smaller creatures like Termagants and Carnifexes to rarely seen monsters such as the Exocrine artillery or Tervigon living incubators, the DLC does a good job of presenting an extensive roster of units for enthusiasts to play with. Those creatures still suffer the same balance problem as other factions, with hero units majorly kicking the ass of anything that’s vaguely mid-line.

The most interesting part of the Tyranids faction comes from their constant danger to go feral. Normal creatures must constantly be near synapse units in order to retain their connection to the Hive Mind, lest their basic instincts overcome them. While under the guidance of the Hive Mind, Tyranids are immune to morale drops, but as soon as left to their own device, they become unfocused animals who may scatter upon taking losses. Players are able to spend influence to focus the attention of the Hive Mind upon a single stranded unit, which plays out as basically a small buff in unfavourable situations. 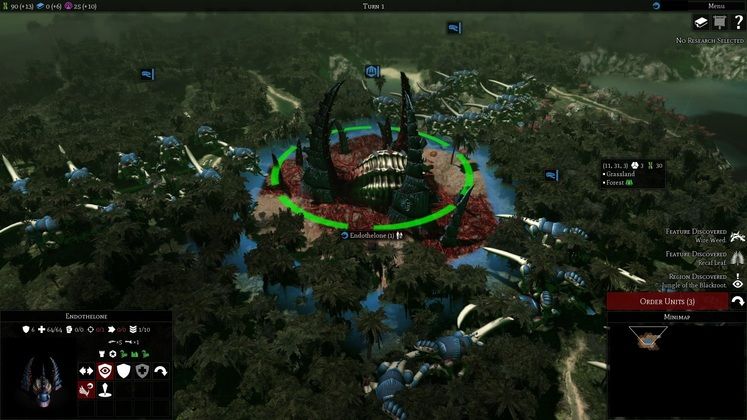 The construction of Broodhives allows Tyranid units to quickly move from one location to the next, and unlike the other races on Gladius, Tyranids spread through the planet by consuming biomass – they don’t worry about any resources outside influence, creating a slightly more straightforward experience. Weirdly, the game allows you to set up hives with the Malanthrope unit, but it calls them “cities”, which feels wrong on a deeply intrinsic level.

Due to the inherent savagery of the Tyranid race, quests are handled as excerpts from the diary of an Imperial researcher. They aren’t particularly immersive, as the game asks you to basically repeat what is said on each log for the sake of providing a vague direction to the player. While not an unoriginal idea, I feel a Tyranid-focused questline told from the perspective of the Hive Mind would be infinitely more interesting. 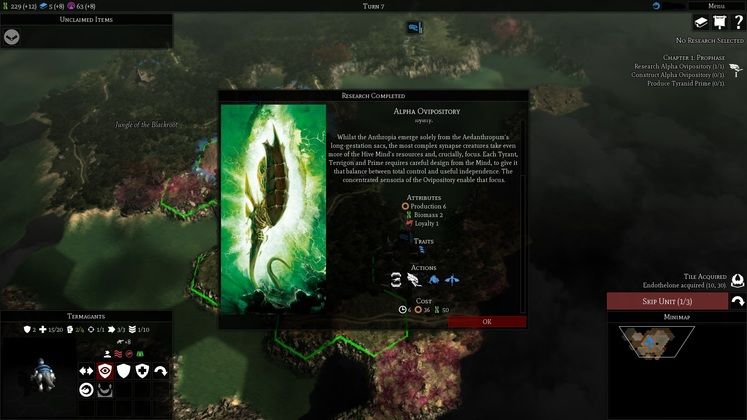 For a first faction pack, Tyranids is a very interesting addition to anyone interested in the interstellar creatures. It displays the same overall missed opportunities and underdeveloped aspects as the base game – and it is still is somewhat of a boring long-term experience compared to the likes of Civilization – but for fans of Gladius and Tyranids, it should definitely warrant a shot. 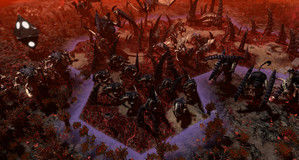 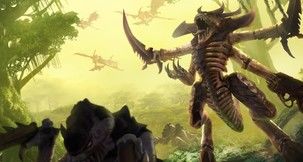