Rally good or a smoking WReCk?

In recent years I’ve often wondered why nobody makes rally games anymore. The DiRT series certainly contains a fair bit of rallying, but it has evolved into a more general off-road racing experience including buggies, Rallycross and *spit* Gymkhana. Aside from that, the closest I’ve come to a rally game this year was 1C’s Off Road Drive, but that was focussed less on speeding along highly inappropriate roads and more on slowly winching your way through pools of mud.

Nothing exemplifies this better than WRC 2’s menu screens, which look as if they were drawn on a piece of A4 paper by a small child with a blunt HB pencil. Seriously, somebody needs to give the menu designer at Milestone a box of crayons or something. Even better, someone ought to show him around an actual rally-stage pit area and say “Wouldn’t it be cool if the player of your games could somehow experience this? Why don’t you write that idea down on the blank piece of paper you’re carrying around? Wait, that’s your menu design? Oh dear Lord.”

The first thing the career mode asks you to do is input your name, which is fair enough. Then it asks you to name your co-driver. Unless said co-driver is also the spawn of my own loins, this is a profoundly weird thing to ask of me. In the end I opted for a female co-driver going by the name of Rosie Soothtone. I wanted to call her Rosie Smoothtones but the game didn’t allow for enough letters, so my idea of a velvet-voiced co-driver keeping me focussed and relaxed with her millpond utterances was somewhat obliterated by a character limit, which can only be described as tyrannical.

Shortly afterwards it was completely obliterated by her squealing and sniping at me every time I kissed a barrier in my bloody practice session. “Do you want to finish the race this early?” Rosie would chide. After one particularly severe jump she yelled so loudly and abruptly I honestly thought I’d accidentally killed her.

After the practice session the game introduces your team manager, then after each consecutive race it brings in another new feature like mechanics, sponsorships, buying cars, tweaking with cars, customising cars and liveries and Zzzzzzzzzzzzzzzzzzzzzzzzzzzzzz.

I’m sorry, but I’m interested in rally games for one reason: the thrill of driving cars. Note the word driving there, ahead of the word cars. If I cared one whit about the cars I would play Forza 4. WRC 2 makes the same mistake as F1 2011, in that its career mode is presented in an extremely isolating and uninteresting manner.

Fortunately, the racing itself is really rather fun, if a little easy in the offing. The handling of the cars is crisp and responsive, although the cars feel significantly less weighty than those in Forza, even feeling lighter than DiRT 3’s smallest and nippiest models.

The advantage of this is that the cars are fairly easy to get to grips with, which is a good thing because a lot of the tracks are not. While the game begins very easy and the learning curve is gentle, a real challenge lurks deeper in the game. Stages in Italy and Jordan are littered with all manner of hazards. Rocks, trees, bottleneck bridges, bumps, jumps, sheer drops on one or sometimes both sides of the track – there’s always some malevolent inanimate object waiting to tear through your car’s undercarriage or squash your bonnet like a boxer’s nose.

There’s also a varied and detailed selection of road surfaces. From tarmac to mud to ice it even distinguishes between dry gravel and sandy gravel. Lastly, the stages are significantly longer than those seen in DiRT 3, which further adds to the challenge and an area in which Codemasters’ game was definitely lacking.

On these tougher tracks it’s difficult to come out completely unscathed, and damage genuinely affects the performance of your car. After each stage you’re given sixty minutes to make repairs, which can range from buffing out dents in the body to fixing a damaged gear selector or a cracked engine cylinder. The damage model is nicely detailed. If your electronics become damaged, the satnav ceases to function and the readouts on the dashboard become a mass of incomprehensible symbols.

If there’s one issue with the racing it’s that sometimes the tracks feel just a little too bumpy, which occasionally makes the game feel somewhat unrealistic and also forces you to rely on luck rather than skill. There’s also the matter of the visuals. A few people have called the game ugly. I think this is unfair. The cars all look shiny and solid and the maps are varied and often impressive in scale. The engine is quite murky, however, and has trouble rendering detail on particularly dark surfaces.

One other thing the game is sorely missing is a split-screen mode. It has a 16-player online capability and a “hot-seat” mode that I suppose correlates with the concept of rallying, but having one player sat picking an orifice while the other shrieks and swears his way along a Swedish ice-road doesn’t correlate with my idea of fun.

WRC FIA World Rally Championship 2 must have the most apt videogame name of 2011. It’s bloated, cumbersome and little has changed from last year, and in that way bears many parallels to the game itself. However, it’s also earnest, uncompromising and serves its purpose well enough, and in that sense it is equally a fitting title. It’s certainly the best dedicated rallying game available on the market, and I only half-intend that to be a backhanded compliment.

WRC FIA World Rally Championship 2 must have the most apt videogame name of 2011. It’s bloated, cumbersome and little has changed from last year, and in that way bears many parallels to the game itself. However, it’s also earnest, uncompromising and serves its purpose well enough, and in that sense it is equally a fitting title. It’s certainly the best dedicated rallying game available on the market, and I only half-intend that to be a backhanded compliment.

That first time you execute a perfect handbrake turn around a tight hairpin. Sweet drifty goodness. 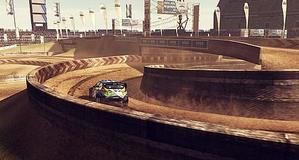