Both the source code for Amnesia: The Dark Descent and A Machine For Pigs will be released today under the GPL v3 license.

Amnesia: The Dark Descent available on Steam for free until tonight

Frictional Games is offering its cult first-person horror game Amnesia: The Dark Descent for free on Steam, but you've only got a few hours left to snap it up.

The deal runs until 10AM PT/18:00GMT. If you manage to nap up the game during that time you'll find it added to your Steam library permanently.

Frictional Games' upcoming horror title SOMA to be "scary in a different way" from Amnesia: The Dark Descent

Frictional Games, creators of the cult horror hit Amnesia: The Dark Descent, are hoping to once again scare the pants off gamers with their upcoming title SOMA. This time, however, they're hoping to try out a different kind of fear.

"SOMA will be scary in a different way from Amnesia: TDD and I really hope that people will feel it is a fresh experience," creative director Thomas Grip told Gaming Bolt. "There have been so many games now that are just about running way from monsters, and I think a lot of player are getting desensitized to that." 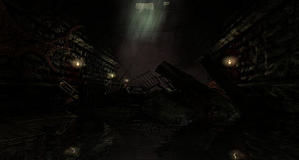