The first 30-40 turns always does it for me - claiming the land, discovering other civs, choosing your tech path, battling lions, and so on.

What was once a rarity has recently become a regular occurrence. Despite that, Humble Bundles continue to sell from proverbial hot cakes. But it's all about the charity. So what's next? Civilization! 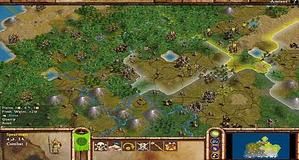