IGN is reporting that a "trusted source" has told them that Microsoft will be launching free-to-play titles (read as: microtransaction-based games) on the Xbox 360 next year.

Microsoft and Nexon have issued a press release that one of the biggest MMOs in the world, Dungeon Fighter Online, will be coming to Xbox Live Arcade. How big is the game? There are over 200 million registered users online, and set a record for concurrent users with 2.2 million players playing at the same time at one point.

The MMO is also unusual in that unlike most MMOs, Dungeon Fighter Online plays as a 2D platforming action title, resembling Rolling Thunder more than World of Warcraft. 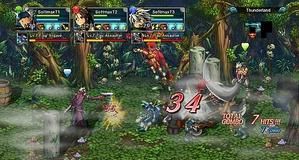