The end of Fallout? Chris Capel returns to the Mojave one last time. 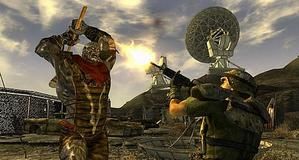