Far Cry 4's beautiful mountain nation of Kyrat was largely inspired by Nepal, a country that has recently been hit by a horribly destructive 7.8 magnitude earthquake. The development team behind the shooter have pulled together to match up to $100,000 in donations to the Canadian Red Cross, one of several aid organisations responding to the crisis.

Far Cry 4 gets some abominable snowmen later this March. To be honest, part of me kind of wants to end this news post right there. That's really all you need to know.

Okay then, some more info. Valley of the Yetis drops hero Ajay Ghale in the middle of a lost valley inhabited by some crazy cultists and their Yeti overlords. Commence the violence.

Ubisoft is reactivating some of the Far Cry 4 keys it cancelled last week, allowing players who purchased the game from third-party sites to reclaim their copy.

The offer is open to anyone who had already logged on and played the game prior to the cancellation, but the company reserves the right to cancel fraudulently purchased keys in the future. 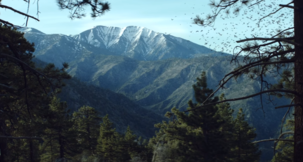