Final Fantasy XIV Is Now At Its Most Inviting

Just like Final Fantasy XI before it, Final Fantasy XIV has been out in the open for a while now. The ever expanding MMO is constantly moving forward to keep its player base interested in sticking around and tossing it 9 bucks a month for the pleasure.

But what happens to the prospects of growing an audience when anyone interested in joining gets turned off at the though of cramming in the time to catch up with the rest? Chasing after those who've pressed on for years with each major content patch can feel like a chore when you're left alone.

Bad news for Final Fantasy XI users because Square Enix is all in a flutter over some breach of security to their servers - data is at risk?

It seems so as an email to FFXI subscribers went out warning to "be assured" your credit card details have "not been compromised." Oh dear. 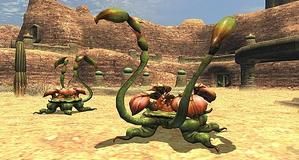