Her Story was one of the surprise hits of 2015, and sort of a throwback to the old 1990's full-motion video games that were a fad. While such dreadful titles from that era such as A Fork in the Tale and Night Trap ranged from dreadful to almost passable, Her Story was a gripping, intelligent story that required multiple playthroughs to get the whole story, and even earned a place as one of GameWatcher's Best Games of 2015.

Developer Sam Barlow has revealed in a tweet that a sequel, called Her Story 2 for now, is in the works.

Her Story sells over 100,000 copies after just one month on sale

Former Silent Hills Memories developer Sam Barlow has today confirmed that his FMV driven crime documentary, Her Story, has shifted over 100,000 copies after only being on sale for just over a month.

"Back from holidays and some cool news waiting for me: Her Story has sold over 100,000 copies after its first month and a bit on sale :)" Barlow excitedly proclaimed from his Twitter account. 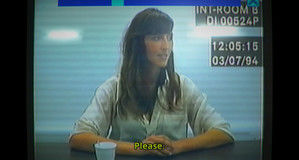