However to make up for that they'll be showcasing a number of their upcoming games in the works, as well as unveiling 7 all new projects for us to feast on. 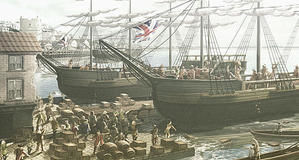