An alright naval/air warfare sim, just not a lot to it...

Paradox Interactive has announced that wannabe naval admirals will finally get a chance to strut their stuff as developer Turbo Tape's Naval War: Arctic Circle is now available for purchase for PC.

Paradox Interactive has announced today that Naval War: Arctic Circle will be released for PC on 10th April, 2012.

Bringing you the latest from sunny Sweden. 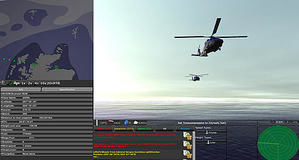