Activate god mode, change the weather, and spawn creatures with these console commands and cheats for survival game The Forest.

Looking for a more involved experience away from other players? Here are our picks for the best survival single-player FPS games you can find on PC.

Indie horror The Forest updated to Unity 5 in latest patch

Indie survival horror (by that I mean a horror game in which you literally have to scrabble for food and shelter in order to survive) The Forest has switched over to Unity 5 in its latest update. Basically that should mean a slightly nicer looking experience all round, though if you want more specifics developer Endnight Games has an in-depth post over on the game's Steam forums.

What better way to enjoy the distinct terrors of hiding in a wood from a tribe of crazed cannibals than with a friend? Developer Endnight has added a two-player cooperative mode to horror survival game The Forest.

It comes in Version 0.09 of the game, which also fixes a couple of bugs and slows down the tennis ball throw so you can play catch on the beach with a friend. Seriously.

Developer Endnight Games Ltd has listed all the new content and fixes added in its first update for Early Access horror title The Forest.

The biggest surprise? Well, hiding from deranged mutant cannibals by jumping into the ocean just became a really bad idea, thanks to The Forest's newly added sharks. All they need to add now is giant spiders to make this my official nightmare game. 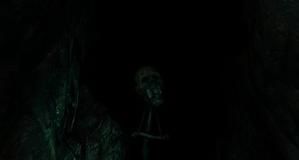