The Lord of the Rings Online: Rise of Isengard Summary

Turbine has sent a letter out to gamers with registered accounts and warned that the MMO developer was "concerned that a third-party recently may have attempted to access forum account information." While the company feels there was "no indication" that accounts were compromised, they still advise players to change their passwords.

The Lord of the Rings Online: Rise of Isengard Essentials 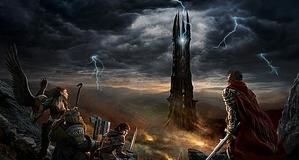