A complete bundle of all Total War: Shogun 2 is coming to retail this March 5th as publisher SEGA announces the Gold Edition, which includes Rise of The Samurai and Fall of The Samurai expansions.

SEGA and Creative Assembly have issued the latest patch for Total War: Shogun 2 and one of its chief highlights will be the assault the dev team took to online campaign desync troubles.

Should you still get desynchronisation then at least error messages have "been localised" to French, and other lingos. Also touched up are those lighting shaders for better "lighting in battles".

Users have started reporting that Total War: Shogun 2 is not only crashing on their systems, but is affecting their Adobe Flash player as well. The issue seems to be most frequent with ATI RADEON graphic card users. 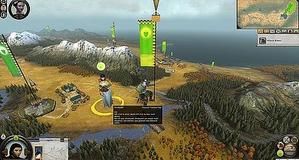