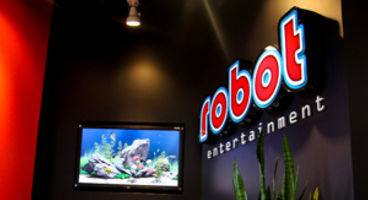 However he's interested in watching the likes of Steam being able to peddle RTS to PC gamers, and to considerable success. The genre will never disappear.

"I think it can still be a big genre, but it’s changing a lot. I don’t necessarily know where it’s going to go. There were some really big franchises that were huge that you could count on with StarCraft and WarCraft and Age of Empires and Command & Conquer," described Patrick Hudson in an interview.

"They were massive and when they would come out they’d sell millions of units at 50 or 60 bucks as a PC game. There isn’t that market any more for PC retail. But, you know, it’s fun to watch the charts on Steam. There are some RTSs that pop up and do quite well. I think you’re seeing the RTS genre bleed into other platforms as well."

"C&C has their browser game they just came up with. Some of us here are playing that beta and enjoying it. It’s interesting to see how the RTS genre is reimagining itself. You’re seeing some strategy plays on mobile and things like that. It’s different from what it was, but I don’t think the genre quite ever goes away. There are too many people that enjoy that gaming experience," he added.

StarCraft II was released by Blizzard in July 2010 and received critical praise for staying faithful to its RTS roots while still managing to embrace modern expectations. EA has announced that BioWare Victory is handling Command & Conquer: Generals 2, powered by DICE's Frostbite 2 engine.

Other successful RTS ventures in recent years have been THQ and Relic's Warhammer 40k: Dawn of War, and of course the veteran PC series Total War from Creative Assembly. Robot Entertainment's latest release has been Orcs Must Die! which combines tower defence and action gaming.

Check out the full interview between Patrick Hudson and Game Informer.