LOTRO has "most likelihood" to attain WoW success say Turbine

02 September 2008 | By Simon Priest
According to LOTRO's executive producer Jeffrey Steefel the Tolkien based onliner is the one with the best shot at achieving a "mass-market critical mass" after Blizzard.

In his interview with Eurogamer, Steefel also says the current subscription model for LOTRO is unlikely to survive forever - "it has to change." LOTRO on console too?

"There's another level of success, which is reaching a certain mass-market critical mass, which to be totally fair, only Blizzard has achieved completely so far," said Steefel.

"We think that we are the game that has the most likelihood of being the second to do that, but we're not there yet."

While Lord of the Rings has experienced a huge surge in popularity thanks to the major films, and has achieved a 'Star Wars of our time' status, LOTRO is likely to run into trouble up against Warhammer Online.

Steefel also dropped the clearest indication that Turbine is working on a console iteration of LOTRO or at least some hybrid of it anyways. "Consoles only have a certain number of buttons, so how do you help someone use a console controller to manage inventory and skills and traits and deeds and crafting items and all that stuff in a way that's not just painful."

Click here to read the full interview between Jeffrey Steefel and Eurogamer. 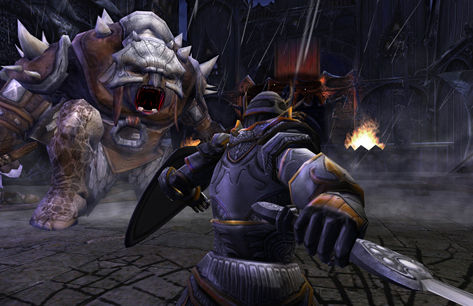