15 September 2008 | By Jamie Davey
A price point for Wipeout HD was revealed at the end of last week, and today Sony Computer Entertainment America has announced the official release date for the exclusive PlayStation Network title. It will be released on September 25th for $19.99.

The game includes the following:

*Optional use of SIXAXIS motion controls to steer your ship

*A great soundtrack remixed in Dolby 5.1 AND the option for custom playlists that allow you to race to whatever playlists you have on your HDD

*And more, including Trophy support, which we’ll outline for you in a future post - so keep your eyes peeled. 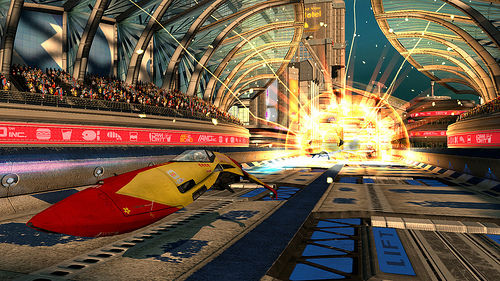 No European release date has been announced yet, but we should hear more about that soon.